How Biden would tax Trump 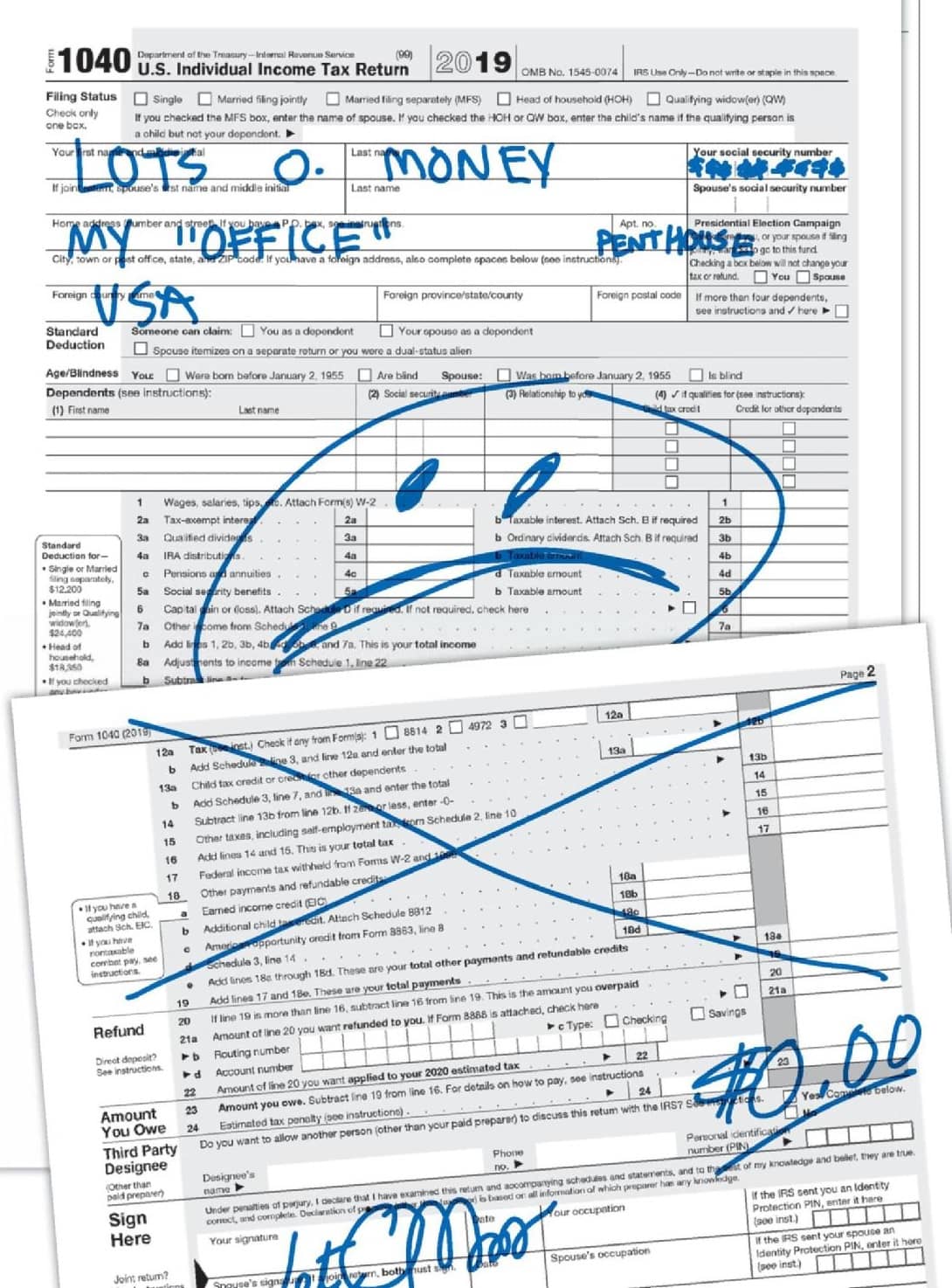 A President Biden may not back a wealth tax, but he could find ways to make life less rich for Trump’s heirs

Money can arrive in many forms—paychecks, invoices paid, dividends from a business you own, a gift from Dad, a loan from Mom, rising property values or stock prices. Even nonmonetary perks like housing, plane rides, and haircuts have a cash value. Much of this income—and let’s call it all income, though the lawyers might quibble—never gets taxed. With your paycheck, of course, the government takes its cut immediately. Plumbers and Uber drivers who don’t set aside money for the Internal Revenue Service will regret it. But for others, different rules apply.

In a now-infamous—though hardly unique—example, Donald Trump paid just $750 in federal income tax in 2016 and the same amount in 2017, his first year as president, according to a report by the New York Times, which obtained copies of his tax returns. Trump reported massive losses from his businesses, effectively wiping out all income tax owed in 10 of the previous 15 years as well. That’s despite a net worth estimated at $2.7 billion by the Bloomberg Billionaires Index.

Rich Americans and a small army of sophisticated advisers have perfected the art of tax avoidance: Wealthy families set up complex trusts, private pensions, and life insurance schemes to lower their taxes. Silicon Valley startups valued in the billions of dollars grab tax breaks meant for small businesses. Multinational corporations shift profits to overseas tax havens. Add it up and, according to one estimate, billionaires now pay lower overall tax rates than working-class Americans hovering above the poverty line.

Congress has helped, by failing to fill obvious loopholes and opening new ones. Lawmakers have also starved the agency that polices the rules. From 2010 to 2019, the number of IRS revenue agents dropped, from 13,879 to 8,526, even as the economy they must patrol kept growing in size and sophistication. In May a government watchdog, the Treasury Inspector General for Tax Administration, found 879,415 high-income Americans didn’t file returns from 2014 to 2016. The agency then barely tried to collect, with 326,579 cases never entered into its enforcement system, and 42,601 cases closed without any work done. Overall, the IRS’s audit rate has plunged to barely above zero. Of all income groups, Americans earning $10 million or more have the lowest chance of facing an IRS examination.

Americans seem OK with paying some taxes. What irks them, and has done so since the 1913 invention of the 1040 form, is the idea that someone else is getting away with something they’re not. A survey of 2,000 people commissioned by the IRS and released in March showed 87% believe it’s “not at all” acceptable to cheat on your taxes, and 95% agree “it is every American’s civic duty to pay their fair share of taxes,” a remarkable amount of agreement in a polarized nation. Last year 62% told Gallup that higher-income people pay too little taxes, while 69% said corporations don’t pay enough.