Hollywood's Hottest Club Is on Zoom 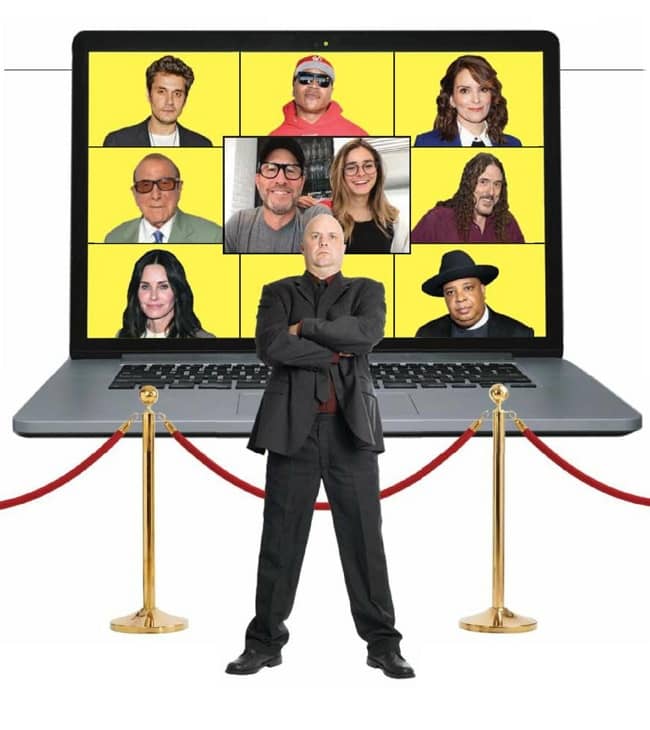 Some people—introverts, poets, couples returning from their honeymoon—are good candidates for weathering the lockdown. Richard Weitz wasn’t. The Hollywood agent’s pre-Covid-19 Instagram posts show him courtside at a Los Angeles Lakers game with Josh Groban, at a party in George Lucas’s Chicago apartment, going to the movies with LL Cool J, eating with Lionel Richie at the Polo Lounge in Beverly Hills, posing with Chrissy Teigen in a photo booth, and hanging backstage with Lizzo at her show in Brooklyn, N.Y. For his 50th birthday last year, a fellow agent gifted him a “Richard Weitz 2018-2019 Tour” T-shirt listing the locations of 100 events he’d attended.

Now, like the rest of the country, Weitz is stuck in his house, trying to work with only a laptop, spotty Wi-Fi, and a Zoom account. “When shelter-in-place started, I asked Richard if he was OK,” says Candace Nelson, founder of Sprinkles Cupcakes and a judge on the shows Cupcake Wars and Sugar Rush. “Then he started his first Quarantunes. I said, ‘Of course. He’s bringing the events to him.’ He is in his flow right now unlike anyone else I’ve seen.”

On Friday nights and Saturday afternoons, Weitz is throwing the most exclusive party— password required—in Los Angeles. And New York, London, and Sydney. Quarantunes, which can run four hours or more, is a combination of talk show (“Don’t go anywhere!” Weitz often implores, as if anyone could) and Hollywood party, the kind that were popular on TV in the 1960s. Weitz, with a scruffy, cropped beard and even scruffier voice, emcee performances by Rick Astley, Weird Al Yankovic, and many more. Attendees flip through 20 pages of screens of other homebound artists, catching a glimpse of actress Tina Fey in her gorgeous library, while her husband makes pizza dough in the background; John Stamos in his den, adorned with a framed, signed photo from his days on General Hospital; pop singer Debbie Gibson going for a walk in a stylish hat; and singer/songwriter Taylor Dayne belting it out from her car while driving.