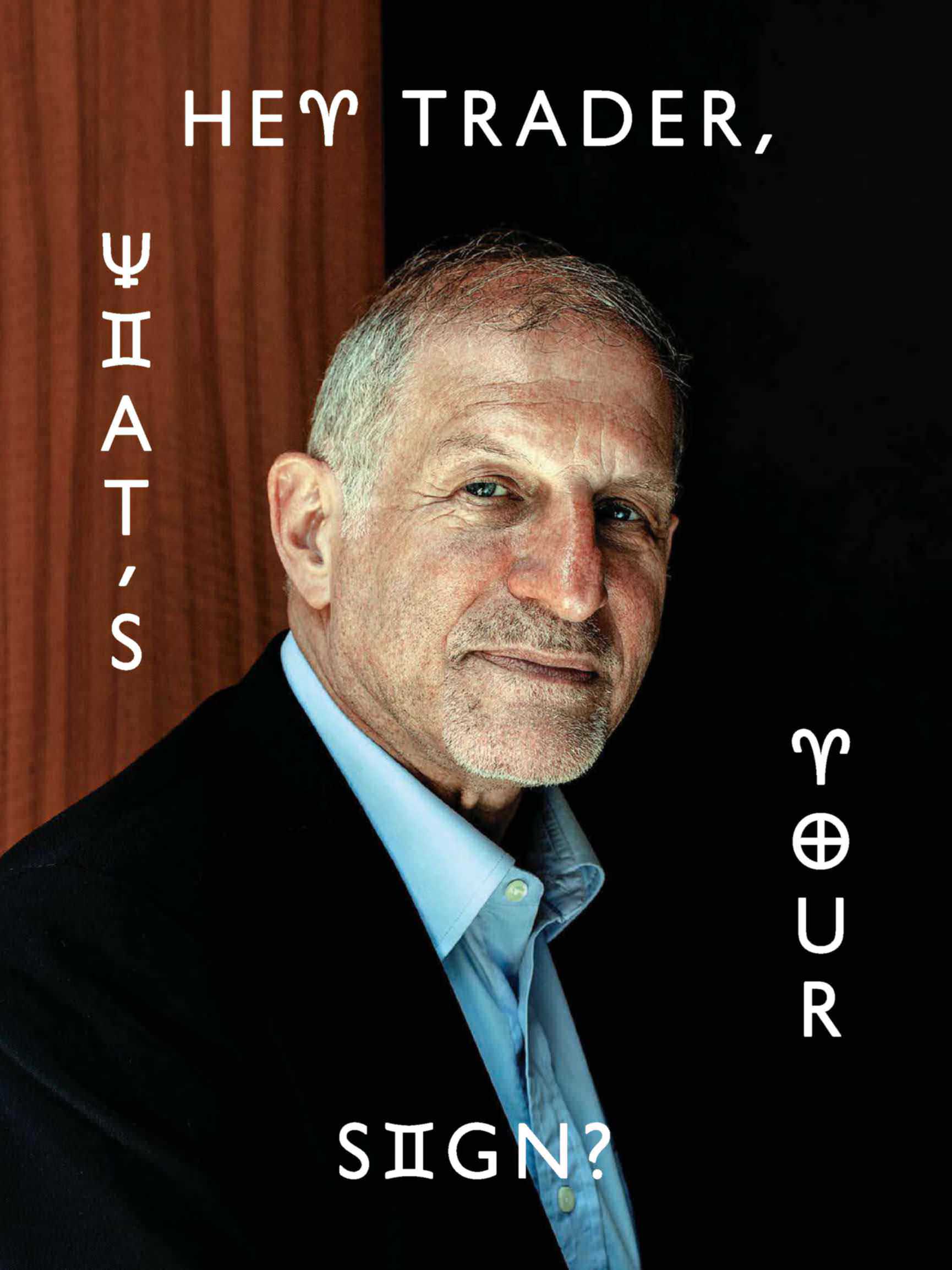 It’s tough to beat the market. Are you desperate enough to consult the stars?

It’s 11 a.m. at the Princeton Club in Midtown Manhattan. A number of financial professionals have gathered here for the “AFund June 2018 Natural Resources Investment Symposium.” Our first speaker is HSBC’s chief precious metals analyst, the aptly named James Steel, who promotes gold as a hedge against populist upheaval. After Steel, there are slideshows from several mining companies seeking investors. After that, lunch. A generic networking event, by all appearances.

But here’s the thing about AFund: The A stands for “Astrologers.” It’s run by an antic, charming 70-year-old named Henry Weingarten who says he gleans insight from charting the movements of celestial bodies. Today’s event isn’t technically about astrology, but like everything in the universe, it probably is. “Sixty to 70 percent of what I do is in the natural resource space,” Weingarten tells me after lunch at the club, holding a glass of red wine. “I think it’s because I’m a Leo. And effectively, as a Leo, I have an affinity for gold.”

Even odder than the existence of the Astrologers Fund is its ability to attract the interest of nonlunatics. A few years ago, Fox News’ Neil Cavuto told Weingarten on the air that he was “one of the best stockpickers I know.” Post-symposium, at the Princeton Club, Weingarten and I are joined at a table by a buttoned-down crew. One of them is an analyst for a small investment bank; another says he runs his own family office. Everyone has some kind of relationship with Weingarten, from the cordial to the professional, though nobody seems to understand how financial astrology works. “Tell me the time, don’t build me a clock!” says Paul Feeney, a corporate headhunter, repeatedly.

A few days earlier, Weingarten subscribed me to his weekly market forecasting newsletter, whose major insight lately has been: “US MARKETS ARE ‘EASY’ IF YOU REMEMBER THAT TRUMP’S 2018 HOROSCOPE IS STELLAR.” I ask Weingarten what that means. He responds by chronicling his rise from fledgling East Village astrologer to financial oracle, from his prediction of the 1990 crash in Japan to his glorious 2016, in which he was long on a Trump victory and the market rally to follow. I ask the same question maybe five more times before he clarifies that he had seen a “ double Jupiter” in Trump’s horoscope, “which was a big win.” This year “he has a Jupiter-Neptune.” Which means? “It means he’s going to win.” Which tells us what about U.S. markets? It tells us they will win. “Jupiter means winning. Win! Win! Win!”

Weingarten is prone to soliloquies extolling his “world-class, nobody better” forecasting record. Asked to explain his methodology, he answers in gnomic riddles or not at all. The family office guy asks how financial astrology might relate to SpaceX and other efforts to explore beyond Earth. Weingarten cuts him off and says he can’t give him an “informed decision about how children on the moon will be affected.”

The conversation gets weirder, and Weingarten calls over one of today’s presenters, a muscular Canadian named Rod Husband, to quell my skepticism. Husband is a Vancouver-based precious metals analyst. He says he hired Weingarten to help him forecast trends in the commodities market. (Weingarten also got paid for letting Husband present today.)

“When I first met Henry, I thought, ‘What the hell,’ ” Husband says, evenly. Over time he learned to trust Weingarten’s advice and stop asking questions. “So if he uses—Henry, forgive me, because I don’t follow it—if he uses Jupiter and Mars to say that the next three-month trend for gold is going to be good, and if it coincides with something that I’m thinking, then OK.” To Husband, Weingarten’s appeal is obvious: “He uses astrology to separate himself from the other guys.”