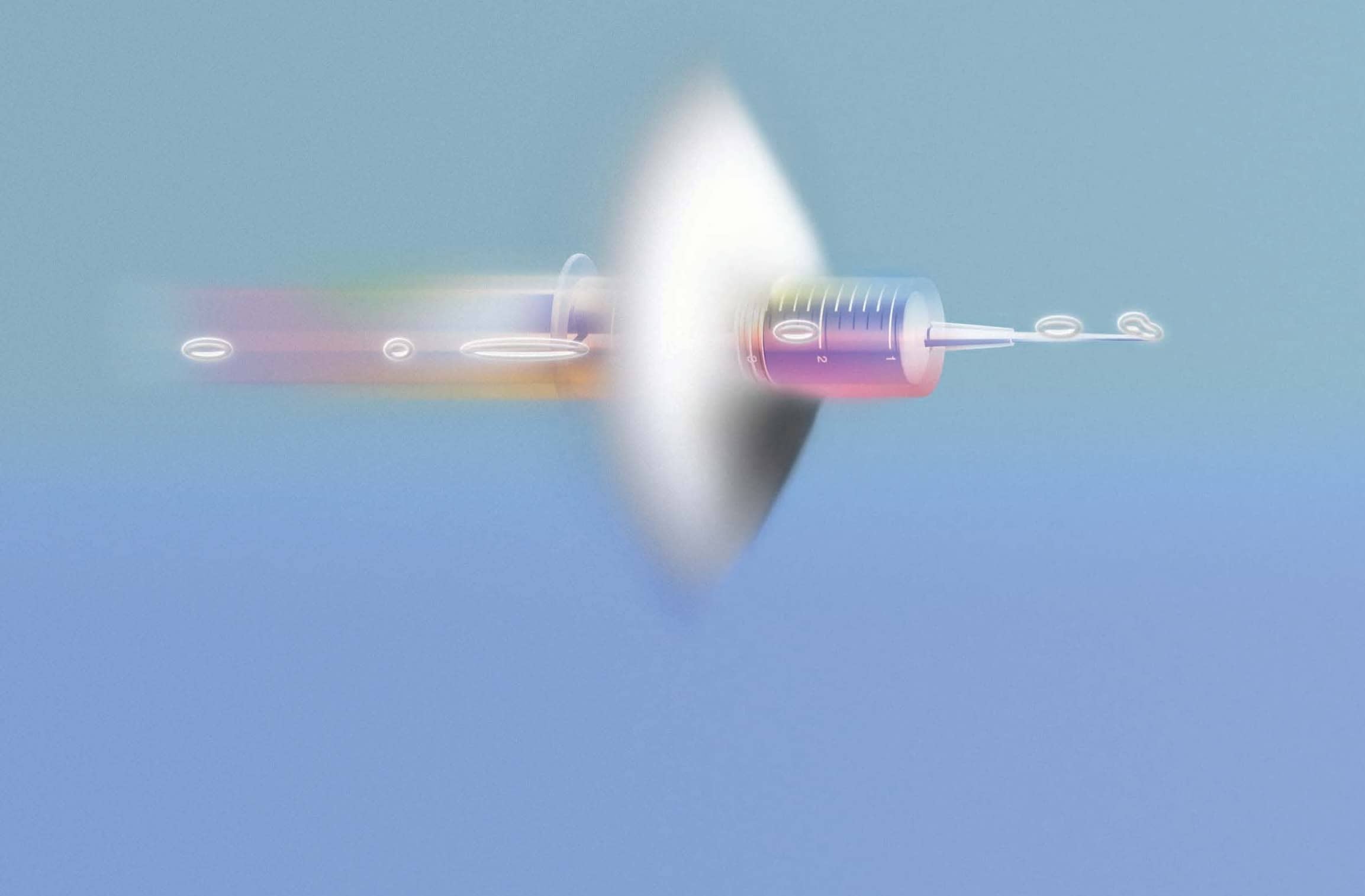 Amid the horrors of the pandemic and America’s mishandling of it, some good news: Operation Warp Speed could produce a vaccine soon

On a late August day in an industrial corner of Baltimore that had been mostly silenced by the pandemic, a redbrick manufacturing plant was buzzing with activity. Deep in the building, in a zone called Area 3, the stainless steel shell of a bioreactor lay on its side, having just arrived from Massachusetts. Employees had begun the task of making the bioreactor operational. Within weeks it would be the center of a production line for coronavirus vaccines.

When the owner of the plant, Emergent BioSolutions Inc., ordered the bioreactor, one supplier said some critical parts wouldn’t arrive until November or December. And so Emergent enlisted the help of Operation Warp Speed, the federal government’s mission to accelerate development of a Covid-19 vaccine. Officials working with OWS, a couple of whom are embedded with Emergent, called the supplier to say the order couldn’t wait, throwing the weight of the government behind the request. “It’s almost like having that Bat-Signal,” says Syed Husain, who heads the company’s contract manufacturing business. “They’ve been a great partner for us.”

Emergent might be the ultimate Operation Warp Speed company. In June it secured a $628 million no-bid contract to produce vaccines and therapeutics, one of the biggest allocations of OWS funding outside of the pharmaceutical companies actually developing the vaccines. It subsequently signed $261 million in contracts to make doses for AstraZeneca Plc and then a $480 million contract with Janssen Pharmaceuticals Inc., a subsidiary of Johnson & Johnson. Those companies are themselves recipients of billion-dollar-plus OWS awards. Earlier in the year, Emergent produced vaccines for trials by the biotechnology company Novavax Inc., which subsequently received $1.6 billion from OWS. Emergent is in business with three of the six vaccine makers OWS is known to have backed.

Over the past decade, Emergent turned itself into a business the U.S. government couldn’t live without, the sole producer of approved anthrax and single-dose smallpox vaccines stockpiled for emergencies. When the novel coronavirus hit earlier this year and the U.S. government went hunting for surge capacity to make vaccines, it turned to Emergent. “This was actually a kind of global race to secure manufacturing capacity,” says Paul Mango, deputy chief of staff for policy at the Department of Health and Human Services and a key figure at OWS. “We knew we would need an enormous amount of manufacturing capacity to get this done—hundreds of millions of doses in a time that has never been done in history. There wasn’t a lot of idle manufacturing capacity laying around in the U.S.”

Operation Warp Speed isn’t an agency as such, but rather a mechanism to coordinate among private companies and an array of U.S. government bodies: the Department of Defense, HHS, the Food and Drug Administration, the Centers for Disease Control and Prevention, and beyond. More than 600 people in HHS and 90 people from the DOD are involved. “It’s a coordination activity that helps to cut through the bureaucracy faster,” says Paul Stoffels, chief scientific officer at Johnson & Johnson. OWS has awarded more than $12 billion in vaccine-related contracts and has an overall budget of as much as $18 billion.

As if the logistics and science aren’t challenging enough, President Trump has dialed up the pressure to get a vaccine cleared before the Nov. 3 election. FDA Commissioner Stephen Hahn dashed those hopes in late September when he drew up tough new safety guidelines for approving coronavirus vaccines. Just after he was released from the hospital for his own case of Covid, Trump attacked Hahn by tweet: “Just another political hit job! @SteveFDA.”

The president’s single tangible, constructive contribution to the pandemic response has been to bless the establishment of OWS. Denying the virus was a real threat for months, Trump failed to come up with a national strategy to control its spread and left it to the states to respond. Then he endorsed a company-driven approach. Mango says there are now more than 25 manufacturing sites producing or gearing up to make vaccines, vials, and other things necessary for a mass vaccination program, with OWS tracking progress through streams of spreadsheets.

It appears to be a conspicuous exception to the otherwise disastrous management of the pandemic. “The only part of the pandemic Trump responded to was things he could get companies to manufacture,” says Peter Hotez, dean for the National School of Tropical Medicine at Baylor College of Medicine in Houston. “There was never an understanding that the hard part is giving adequate time to make sure the vaccines work. It was always reframed as a manufacturing problem. It was Trump bringing in his personal relationship with CEOs to get them to make stuff.”

Calling the search for a vaccine Operation Warp Speed hasn’t always engendered confidence. The name comes from Star Trek, and Trekkies know that when a spaceship travels at a high warp factor, things can go wrong. More to the point, Anthony Fauci, director of the National Institute of Allergy and Infectious Diseases (Niaid), has expressed concern that the name suggests recklessness. No one is cutting corners, Fauci insists. Perception issues aside, the idea behind OWS makes sense. A top-notch vaccine specialist from the private sector, former GlaxoSmithKline Plc executive Moncef Slaoui, is paired with military logistics expert Gustave Perna, a four-star general who led the U.S. Army Materiel Command and is now the OWS chief operating officer. They are a study in contrasts: On a recent visit to a Cincinnati hospital taking part in a vaccine trial, Perna was in camouflage fatigues while Slaoui wore a blue button-down shirt. 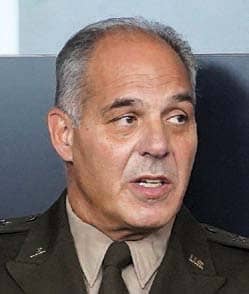 Guided by Slaoui, a Moroccan-born Belgian-American scientist, OWS selected a portfolio of coronavirus vaccine candidates being developed by some of the world’s top pharmaceutical companies, as well as some untested newcomers. By betting on several horses, OWS in theory increased the chances that one or more would cross the finish line, hopefully at a warp like speed. Slaoui steered investments not just to different companies but also to different ways of making vaccines. Moderna Inc. and Pfizer, which has teamed up with Germany’s BioNTech SE, are testing vaccines that use messenger RNA, a genetic material that instructs the body to make viral proteins that in turn trigger an antibody response—in this case against SARS-CoV-2, the virus that causes Covid. J&J and AstraZeneca are using a viral vector technology that deploys an altered common cold virus to carry the genetic material of the coronavirus and produce an immune response. The Novavax vaccine and one from Glaxo and France’s Sanofi SA are based on the virus’s spike protein and use an immune-boosting adjuvant to spark antibody production. Pfizer might be first out of the gate; the company has said it could be ready to apply for authorization by late November. Unlike the others, the company chose to pay for its own testing and production and will recoup some of its investment only when its vaccine gets authorized and OWS buys the shots.

Being new to government may actually be to Slaoui’s advantage. “Everybody is party to a given kingdom,” he says. “Having somebody from the outside come in that’s effectively blind to all the history and politics, the bureaucracy that may exist, and is uniquely focused on integrating their work … was an essential element of how Warp Speed was able to go very fast.”