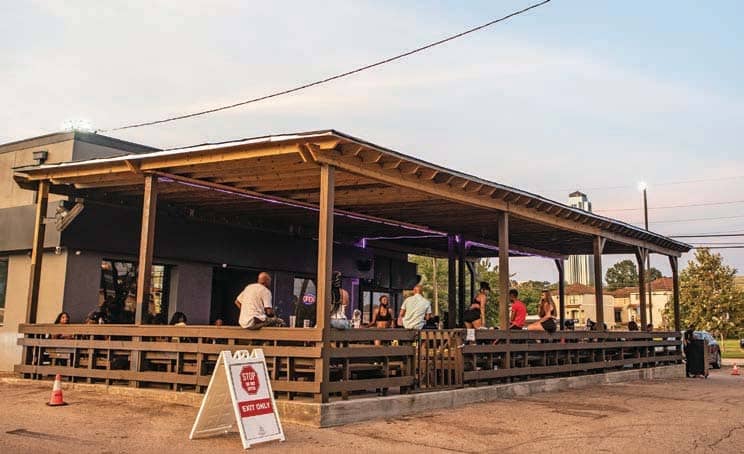 Houstonians know all about disasters. We saw what happened in New York. But when the pandemic came, we did what much of America did: Ignore it until it’s too late

It’s Friday night in Houston: 9:30, 102F, 90% humidity, and the patio at Flava Restaurant & Bar is packed. Friends are sucking on hookahs. Waitresses hustle by in booty shorts. Someone climbs on a picnic table to twerk.

The place looks overcapacity. Owner Louis Watson knows it. Houston Covid Task Force Chief Keith Kennedy knows it. And judging from the expression on his face when Kennedy rolls down his tinted window, the valet knows it, too.

In the rearview mirror, I watch the valet hustle over to the bouncer, who calls Watson over from his perch on a railing beside the DJ. By the time Kennedy, who’s also the chief arson investigator for the Houston Fire Department, has parked and made his way to the entrance, Watson is outside with a light blue folder spread open on the hood of a matte black Jeep Wrangler.

When the pandemic started, Watson was a young Black businessman coming into his own, with a corner property on the Richmond Strip, not far from the moneyed Galleria Area and near Polekatz and La Bare, two of Houston’s better-known strip clubs. His main concern now is no longer just beating the competition—it’s also avoiding being shut down or fined into extinction by the tangle of rules officials have deemed necessary to keep Houstonians from dying of Covid-19.

“I am abiding by all state, county, and city regulations,” Watson says before Kennedy can get in a word. “And my adherence to those rules is in compliance with the governor’s executive order GA-28, which reads here as follows: ‘Every business establishment in Texas shall operate at no more than 50 percent of the total listed occupancy of the establishment.’ ” 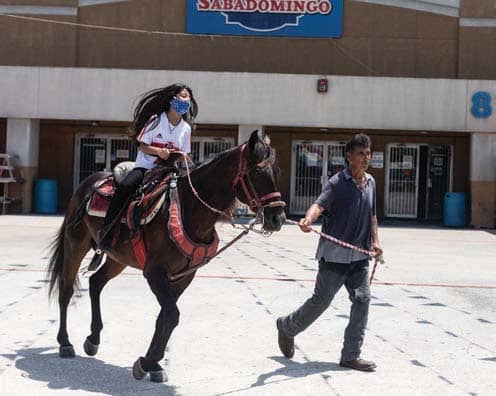 Kennedy hooks his thumbs on his belt, looking amused. “So here under Section 12: ‘People should not be in groups

larger than ten and should maintain six feet of social distancing from those not in their group.’ ” Watson waves a finger in the air. “Except! Do you see here how it says, ‘Except?’ ” The word “except” has been conveniently highlighted in yellow. “So then we turn to the exception,” he says, flipping a page.

Watson sweeps his hand to indicate the patio and argues that, because fewer than 100 people are there, it can be over half full. Kennedy lets Watson finish making his case, then issues a verbal warning and promises to return next weekend. “Our job is to enforce,” Kennedy says later. “But we’re gonna shut down businesses? We’re gonna make citations when people are hurting?”

The first big sign that the pandemic had arrived in this city of 2.3 million was quintessentially Texan: The world’s biggest rodeo was canceled. Specifically the Houston Livestock Show and Rodeo, an annual extravaganza that kicks off with a freeway horseback ride into town and spans 28 days of mutton-busting, barbecue contests, and 75,000-strong crowds. The festivities were well underway, with my goatskin boots all polished up for the party, and Willie Nelson and Lizzo were days away from performing, when Mayor Sylvester Turner declared a public- health emergency and announced that all city-sponsored events would be suspended. It was March 11, and there were 14 reported local cases.

Many people thought Turner was overreacting, but in retrospect we were kidding ourselves. It’s not as if we didn’t see what was happening in New York or five hours away in New Orleans, which had suddenly become an epicenter. Signs on the freeway told us “Personal travel from Louisiana must quarantine,” and still, for some reason, we thought the pandemic wouldn’t really touch us.

Then came reports, in late May, that intensive care units were nearing capacity. But that, too, seemed implausible in a town rife with world-class medical facilities. Businesses closed, then tried to reopen, then reclosed. By July 4, there were 566 deaths. On July 31, 1,664. It turned out there’d been more cases in our city than we knew: A Houston Chronicle investigation later showed that at least three dozen people who were symptomatic before the first reported Covid-19 case later tested positive. Three of them died.

I’m from Houston, but I was supposed to be back only briefly this spring before returning to Brazil, where I’ve lived and worked for much of the past decade. Instead, with my return on hold, I found myself spending months wandering an uncannily quiet, traffic-less city. As the bad news mounted, I saw Houston fumble to grasp the gravity of the situation. With temperatures rising high enough that the air above the asphalt wobbled, Houston slipped into a delusional state, a kind of public-health fever dream. We’d pack restaurant patios in the shadow of filled hospital skyscrapers, complaining about business closures as ambulances screamed through empty streets. Houston never quite got a handle on the pandemic; like much of the country we just assumed things would improve as time ticked by.

My first stop is just inside the southern curve of the Inner Loop. Down the block from Rice University lies Ben Taub Hospital, a 444-bed Level 1 trauma center, one of the country’s busiest, with an ER that handles 80,000 patients a year. Many of those who come in are uninsured, as 17.7% of Texans are, the highest share of any state.

The hospital has been at capacity since early March, when Esmaeil Porsa came on as president and chief executive officer of the Harris Health System, a job that includes managing Ben Taub and its sister facility, Lyndon B. Johnson Hospital. Porsa was almost immediately overwhelmed. “Early on, one of the things I noticed was that Ben Taub and LBJ were taking care of a much higher proportion of Covid patients compared to the rest of the hospitals,” he says when we speak in August. “These are safety-net hospitals, and the indigent, underinsured, and racial minorities also happen to be the segment of the population that is most impacted by Covid.” 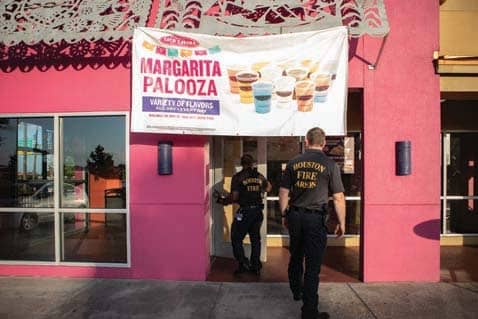