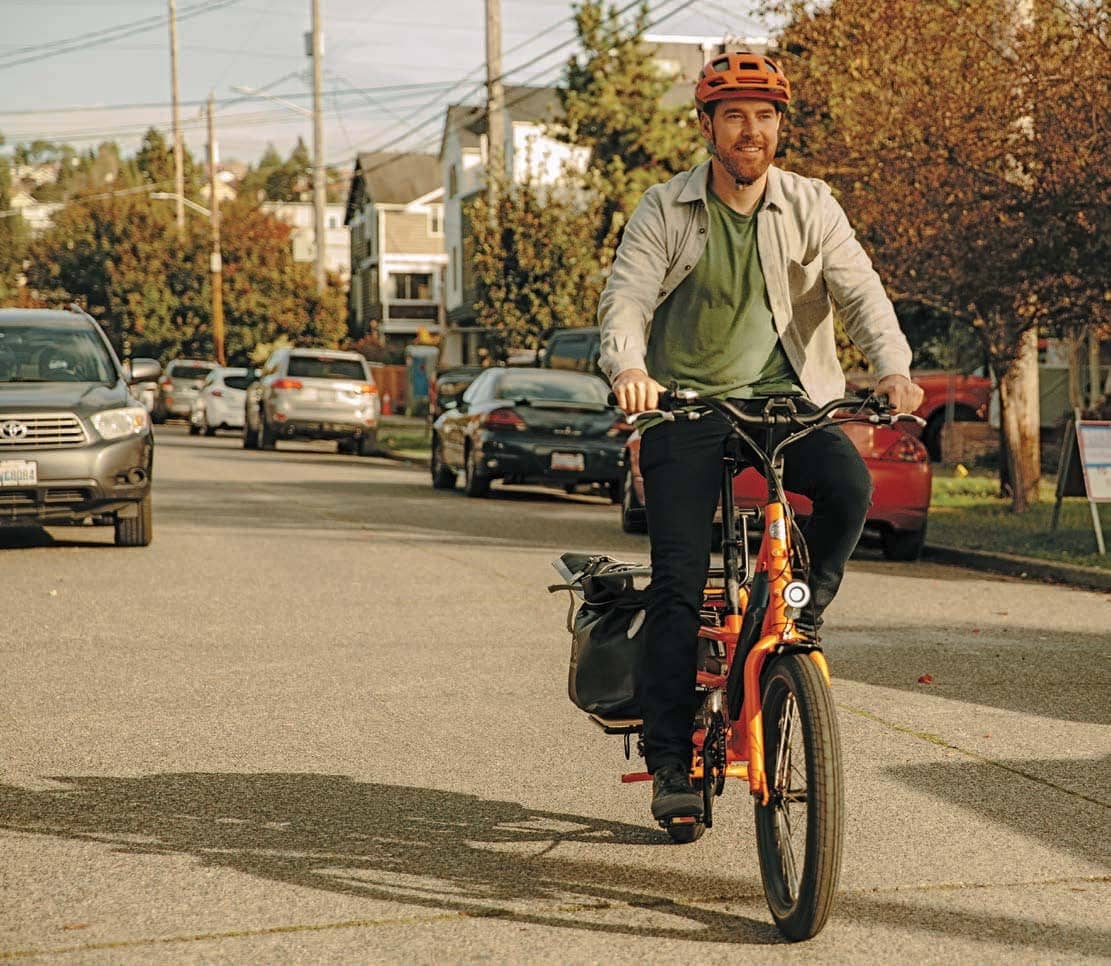 A Seattle startup is leading the e-bike boom. Can it hold on?

In March, as U.S. states began issuing stay-at-home orders, Mike Radenbaugh, co-founder and chief executive officer of Rad Power Bikes LLC, made a plan for lean times. The temporary shutdown of the U.S. economy, he figured, would be bad for his business, a Seattle-based startup that sells electric bicycles online. “We really started to batten down the hatches,” he says. “It was a lot around cash planning and preserving the business in case of it cratering.”

But by mid-April, Radenbaugh realized he’d miscalculated. Not only was Rad not hurting, it couldn’t replenish bike stocks fast enough. Sales tripled that month over the same period in 2019, he says. They haven’t cooled since. By mid-May, Rad had sold through its inventory. It’s restocked since then, but many models are still on backorder.

Bike retailers across the country are in the same happy predicament. With the pandemic disrupting vacation plans, exercise routines, and commutes, Americans are turning to bicycles in record numbers. Electric bikes, though a tiny slice of the market, have been especially hot, with sales more than doubling in the first eight months of this year over the same period last year, according to NPD Group Inc., which tracks bike shops and big-box stores but not direct-to-consumer brands such as Rad.

Last year the U.S. imported about 270,000 e-bikes, mostly from China, says Ed Benjamin, founder and chairman of the Light Electric Vehicle Association. This year, Benjamin expects the total will end up somewhere between 500,000 and 600,000. Even that won’t fully meet demand, he says, because the virus forced many Chinese factories to shut down in the spring: “There’s howls of frustration about getting more bikes.”

No other company, Benjamin says, sells more e-bikes than Rad. The privately held business, founded in 2015, had sales of about $100 million last year.

Rad’s customers tend to be middle-age suburbanites and rural retirees, says Ty Collins, co-founder and chief marketing officer. They don’t especially care that motorized bicycles are considered “mechanical doping” in the bike racing world. They just want a little help to get over a hill on the way to work, to drop off their kids at school without sweating, or simply to ride a bike for the first time in years.

Within the cycling industry, there’s hope that the pandemic will help convert this demographic into permanent e-bikers, which has already happened in Europe and Asia. (About 270 million e-bikes are used daily in China alone.) There is some precedent: During the oil crisis of 1973, U.S. bike sales spiked, leading to a long-term change in bike culture. “Before that bicycle boom, bicycles were toys for kids,” says Benjamin, who worked at a Schwinn dealership at the time. “An adult on a bicycle, or even a teenager on a bicycle, was regarded as messed up.” A similar trend is emerging for the e-bike now. “It’s been a little bit exotic,” he says. “In another year it’ll be regarded as an entirely valid, entirely acceptable transportation choice.”

If Benjamin is right, Rad has a considerable head start in the market. There are more than 100,000 Rad bikes on the road worldwide. The company’s success comes down largely to its pricing. Rad bikes are hundreds, and sometimes thousands, of dollars cheaper than competitors’ bikes. The company’s cargo bike, the RadWagon, for instance, sells for $1,700, whereas a top-of-the-line model from Riese & Müller goes for more than $8,000. Rad keeps its prices low, in part, by cutting out the bike shops. Markups there account for $600 of the average price of $2,600 for an e-bike, according to the nonprofit PeopleForBikes. Rad also uses cheaper motors, gears, brakes, and other parts than many of its bike shop competitors. For Rad to live up to its vision of selling workaday vehicles by the millions and reshaping the way Americans go from place to place, it will have to prove that low cost doesn’t mean low quality and fend off increasing competition from traditional bike makers.