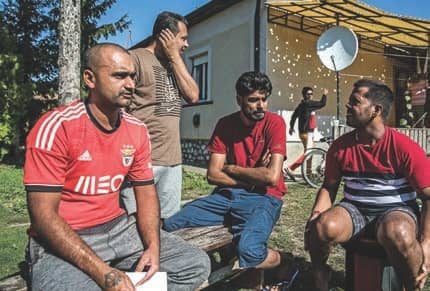 Hungary and Poland are among those quietly importing workers to ease a labor crunch.

Satwinder Singh caused quite a stir when he arrived in Sarud, a sleepy Hungarian village, four years ago. He was among a handful of guest workers who’d been brought over from India to work at a dairy farm that was struggling to stay afloat because of a labor shortage. The locals weren’t welcoming.

Speaking on a recent morning, he described being pelted with eggs by some townsfolk. Others called him a terrorist. Some of Sarud’s residents took their concerns straight to their mayor. “Someone came to me saying the Indians will inject poison into the milk and contaminate the whole country,” recalls Istvan Tilcsik. “Then people saw they just came to work and never had run-ins with the law. Things have settled down now.”

Hungary’s prime minister would probably prefer that Singh and his compatriots go unnoticed. Viktor Orban heads an anti-immigrant vanguard inside the European Union, which he claims to protect from “invaders.” He’s erected barbed-wire fences to keep out refugees and withheld food from some housed in detention centers. U.S. President Donald Trump says he’s like a “twin brother.”

Yet Hungary and other nearby nations with an anti-immigrant bent are quietly nudging open a back door to foreigners. Central and Eastern Europe are the fastest-growing part of the EU, and with declining birth rates and the departure of millions of workers to Europe’s richer west, homegrown labor forces can’t fill companies’ demands.