Colorado Rockies - The Run Of Your Life 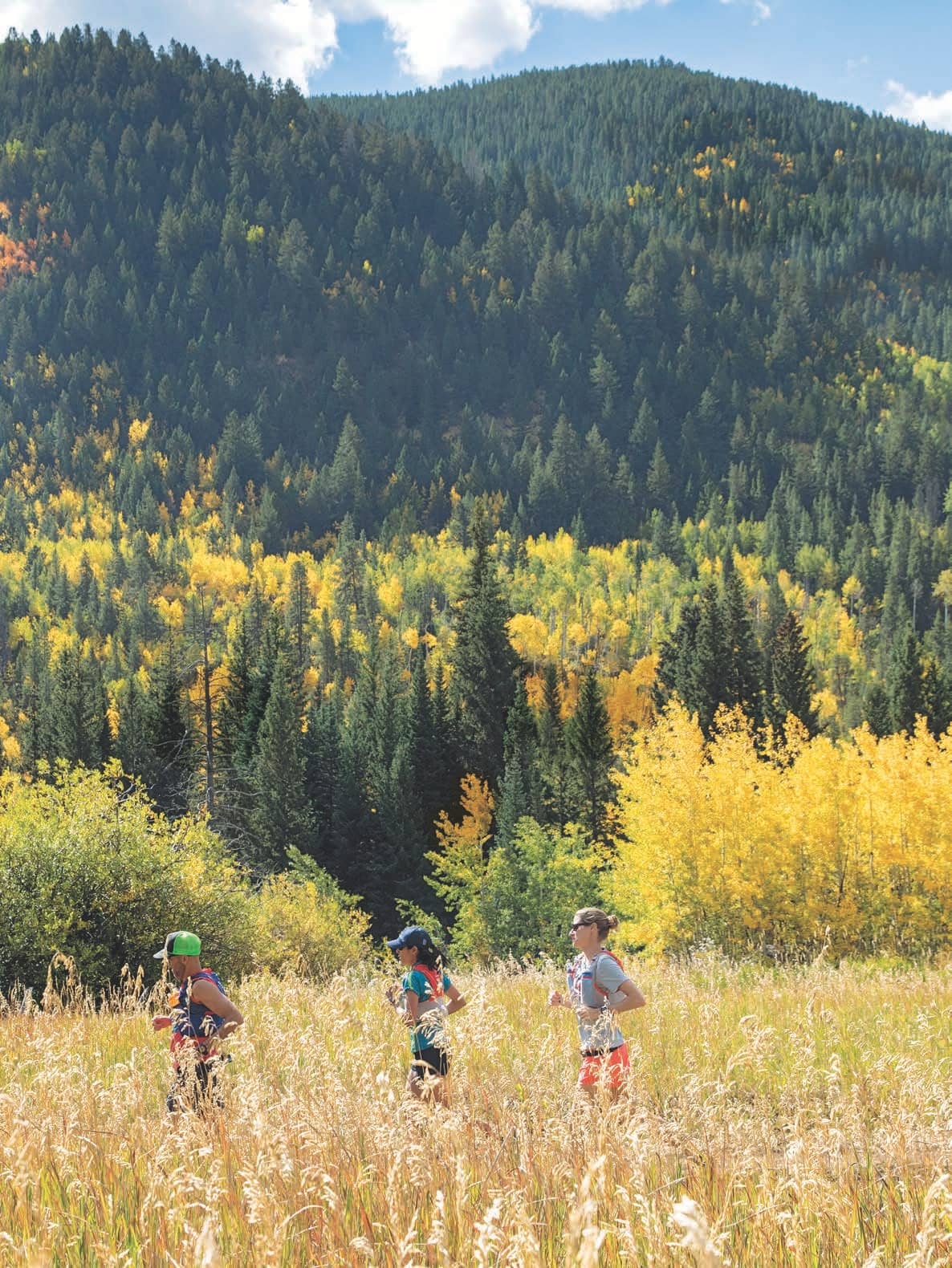 It’s not fast, and it may be foolhardy, but this might just be the most fantastic way to experience the Colorado Rockies.

We’ve been running for three and a half days now, passing through valleys aglow with yellow aspen groves. We’ve summited lung-busting peaks reaching almost 12,000 feet and hobbled among rocks beside slate-colored lakes. But suddenly my group, a small scrum of amateur endurance athletes, is presented with an unexpected challenge: How do we cross 30 feet of pavement?

That’s the question our guide Rickey Gates poses the only time we hit a road for the entire duration of the 100-mile Hut Run Hut in September. It’s a trek he leads every summer through Colorado’s Rocky Mountains, following a delicate network of trails that’s absolutely baffling in its beauty. Gates, who hides an impish sense of humor under his bushy mustache, asks us to cross the Top of the Rockies Byway by any manner other than running—because we’ve been running for days, and we’ll be running for days to come. “So, what’ll it be?” he asks. “How you gonna cross it?”

Many of us are middle-aged and graying, all of us old enough to know better than to undertake this journey. We can’t quite decide how to cross the two-lane road, which runs from Aspen to just past Minturn, Colo. Make like zombies dragging our damaged carcasses? Nope, already done by other Hut Run Hutters. Hmm. Well, beyond running on dirt for days, our group has spent a fair amount of time hopping from rock to rock across creeks. Not a single one of us has gotten wet. So we’ll hop.

You’d think traveling by foot through the Rockies for six days is a serious undertaking, even grueling. But Hut Run Hut is a joyous exercise, a way for distance runners of varying abilities to reap the rewards of logging all those training miles. A dozen or so participants run and hike from 10 to 20 miles a day, spending eight hours or more on single-track trails and remote dirt roads. And each night, they stay in one of the backcountry huts that dot the landscape throughout central Colorado. So, yes, Hut Run Hut is seriously difficult, possibly inflicting a real toll on the body. But Gates takes the view that such an endeavor should also be filled with glee.

This mindset comes from a lifetime of experience in these mountains: Born in Aspen, Gates began summiting fourteeners (mountains 14,000 feet or higher) in his teens and ran cross-country in high school. He’s gone on to make a career out of mountain running, gaining a sponsorship from French outdoor gear powerhouse Salomon SAS. Give him dirt and rock, big ascents and descents, and he’s home, placing on the podium in races ranging from 5 kilometers (Mount Marathon) to 125km (Canadian Death Race). But Gates, 38, has proved he’s not averse to pavement. In 2017 he linked together stretches of asphalt and trails in a transcontinental journey that took him from Charleston, S.C., to the Bay Area. And last November and December, he ran every street in San Francisco, documenting what he saw in its neighborhoods with camera in hand. Hut Run Hut began in the summer of 2014, loosely following a 100-mile winter tour normally traversed on skis. “I find that if people have made it as far as signing up for the trip, then they have overcome the biggest challenge,” says Gates. “That is: believing they are capable.”