Colleges vs. the Covid-19 Gap Year 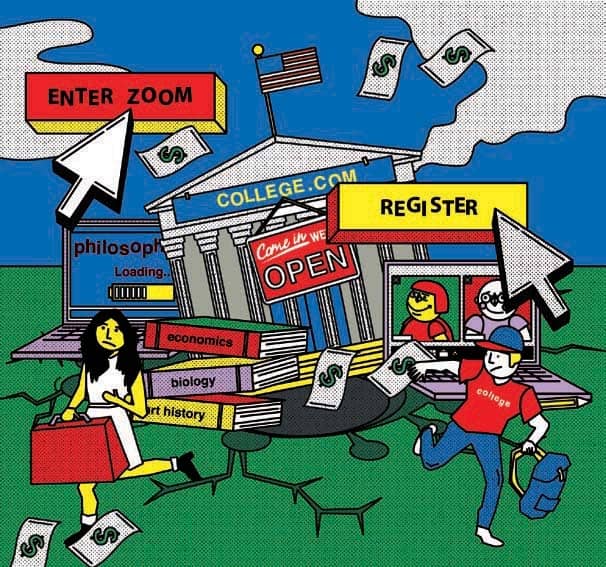 Sunny Hostin, a host of ABC’s The View, shared some wonderful news several weeks ago on her program: Her son got into Harvard. But Gabriel Hostin won’t be going this fall. He deferred his admission so he can avoid burnout. He’ll also sidestep the worst of the pandemic. “I see a gap year as all about self- exploration, self-enrichment, community service, and maturity, learning where you are in the world,” Gabriel says. “I’m blessed to be in the position I am in.”

Jason Li, whose parents grew up in rural China, won’t be waiting to start his college education. Li, who turned down Harvard in favor of the Massachusetts Institute of Technology, is all in, even if he has to study online. “I don’t expect it will be a completely normal semester, but I’m going no matter what,” he says. “MIT has been my dream school forever. They’re giving me really good financial aid.”

The diverging paths of the two 17-year-olds demonstrate one of the many perils facing higher education this fall: the socioeconomics of college deferrals. Students taking gap years tend to be more affluent, better able to afford a $75,000-a-year private college—and the expense of taking an extended break before enrolling. But if too many of them put off their studies, it could smash the economic model underpinning the U.S.’s $600 billion-plus higher education industry. Private colleges rely on tuition and fees for 30% of their revenue.

For decades, schools have billed higher prices to affluent families while charging less, or nothing at all, to high-achieving students of modest means. On average, for every $1 that a private college charges, almost 50¢ goes for financial aid, according to the National Association of College and University Business Officers.

“It’s kind of a run on the bank if a significant enough share of the students who can pay decide they’re not going to go,” says Matt Maguire, a vice president with Maguire Associates, which has consulted on enrollment with schools such as Harvard, Amherst, and Rice. “Then the bottom falls out, and how are they going to deal with that?”