Christian Drosten – A Virologist Whose Government Trusts Him

Bloomberg Businessweek|October 05, 2020
We're offering this story for free to read so that you can stay updated on the COVID-19 outbreak 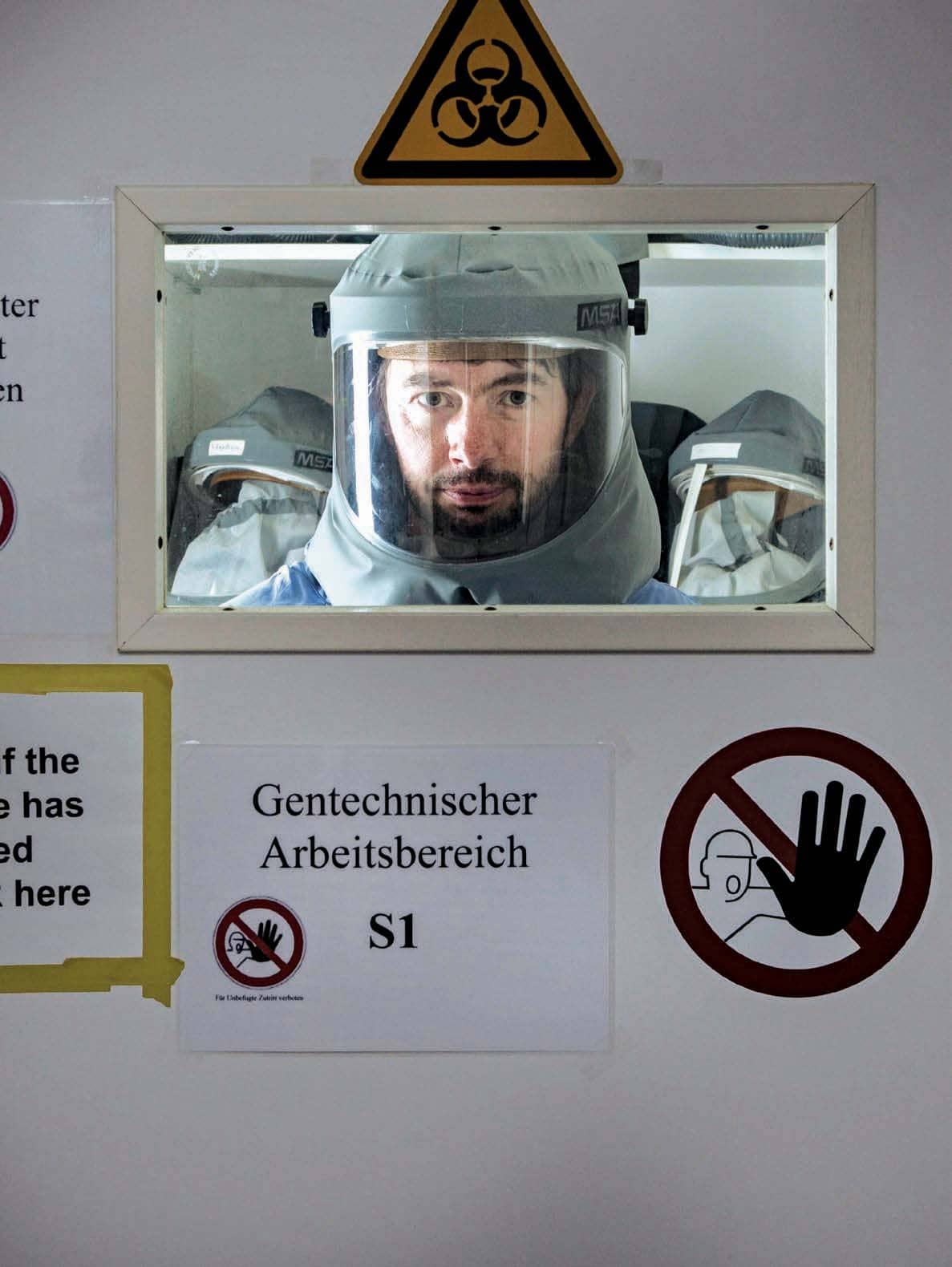 In Germany, Christian Drosten has the ear of Chancellor Angela Merkel—and of millions of his countrymen via his wildly popular podcast

As Germany cleared away spent fireworks and slept off its hangovers on New Year’s Day, Christian Drosten got a sobering wake-up call: A member of his team—he heads the virology department at Berlin’s Charité hospital—reported that a strange pneumonia was spreading in the Chinese city of Wuhan.

For Drosten, a leading developer of tests for emerging viruses, there was an element of déjà vu. As a doctoral student in Hamburg in 2003, he’d discovered that the outbreak of severe acute respiratory syndrome, or SARS, then terrifying Asia was caused by a coronavirus. Although it was unclear whether a coronavirus was responsible for the Wuhan outbreak, Drosten fully understood the danger. While the viruses are common pathogens known to cause colds, some discovered in recent decades are highly lethal.

He alerted his staff to get ready for the possibility of a deadly pandemic. When Chinese researchers confirmed that the culprit was indeed a coronavirus and on Jan. 10—a Friday— published its genome sequence, the Charité scientists sprang into action. Working through the weekend, they pulled together samples of the SARS virus and other coronaviruses, aiming to make a test that could detect the new threat. Late on Saturday a team member tweeted, “Lab days are happy days! #Wuhan #Coronavirus.”

By Monday they had a test that could confirm whether someone had been infected by the novel coronavirus. Drosten shared the details with the World Health Organization, which published them on its website, and the test was soon deployed around the world. One place that declined to use Drosten’s test was the U.S.; it came up with its own diagnostic tool, which turned out to be flawed and left the country blind for two months as the virus raged. Germany’s test confirmed the country’s first case on Jan. 27. There were 13 more in the coming days, at the time constituting the largest known cluster outside of China. Authorities sequestered Covid-19 patients, tracked down their recent contacts, and slowed infections.

“We knew the virus had arrived,” says Tobias Kurth, an epidemiologist at Charité who works with Drosten. “The message was, ‘OK, there’s a virus. It spreads in certain ways. There are certain risks. But if we can identify them, we can isolate them, and then it can be stopped.’ ”

Ten months into the pandemic, some countries have practically eradicated the virus while others haven’t come close. Comparisons are tricky, because luck has played a role, and some places enjoyed advantages such as geographical isolation; plentiful hospital beds, respirators, and protective gear; and trust among people, policymakers, and scientists.ACH Germany had most of these going for it, except for the geography part. Even so, it seems fair to say the country has done well with Drosten at the forefront of the fight, advocating a robust but clear-headed approach. Since developing the test, the 48-year-old scientist—tall and lean, with a mop of dark brown hair and a head that bends slightly forward, as if he’s forever peering into a microscope—has led a research team at Charité that’s explored how the virus spreads and affects people differently. He’s shared thoughts with colleagues around the world, offered insights at press conferences alongside Germany’s health minister, and advised Chancellor Angela Merkel—a role some have compared to that played by Dr. Anthony Fauci in the U.S.

But Drosten is even more famous in Germany than Fauci is in America, thanks to a wildly successful podcast he introduced in February. Das Coronavirus-Update rocketed to the top of Germany’s podcast rankings, reliably outperforming programs devoted to sex, crime, and even soccer. Its format is simple: As often as five times a week, he spends an hour answering questions about basic science, the latest Covid research, and how societies might navigate the pandemic. Since starting the show, he’s cut back on contact with the press, reserving most of his comments for the podcast. He declined an interview for this story.

Drosten’s rise has earned him millions of fans—and more than a few enemies. Detractors argue that he wields too much influence, making him a punching bag for what they consider government overreach. After he suggested it could be a while before people might again pack into soccer stadiums, he received death threats, prompting the police to monitor his email.