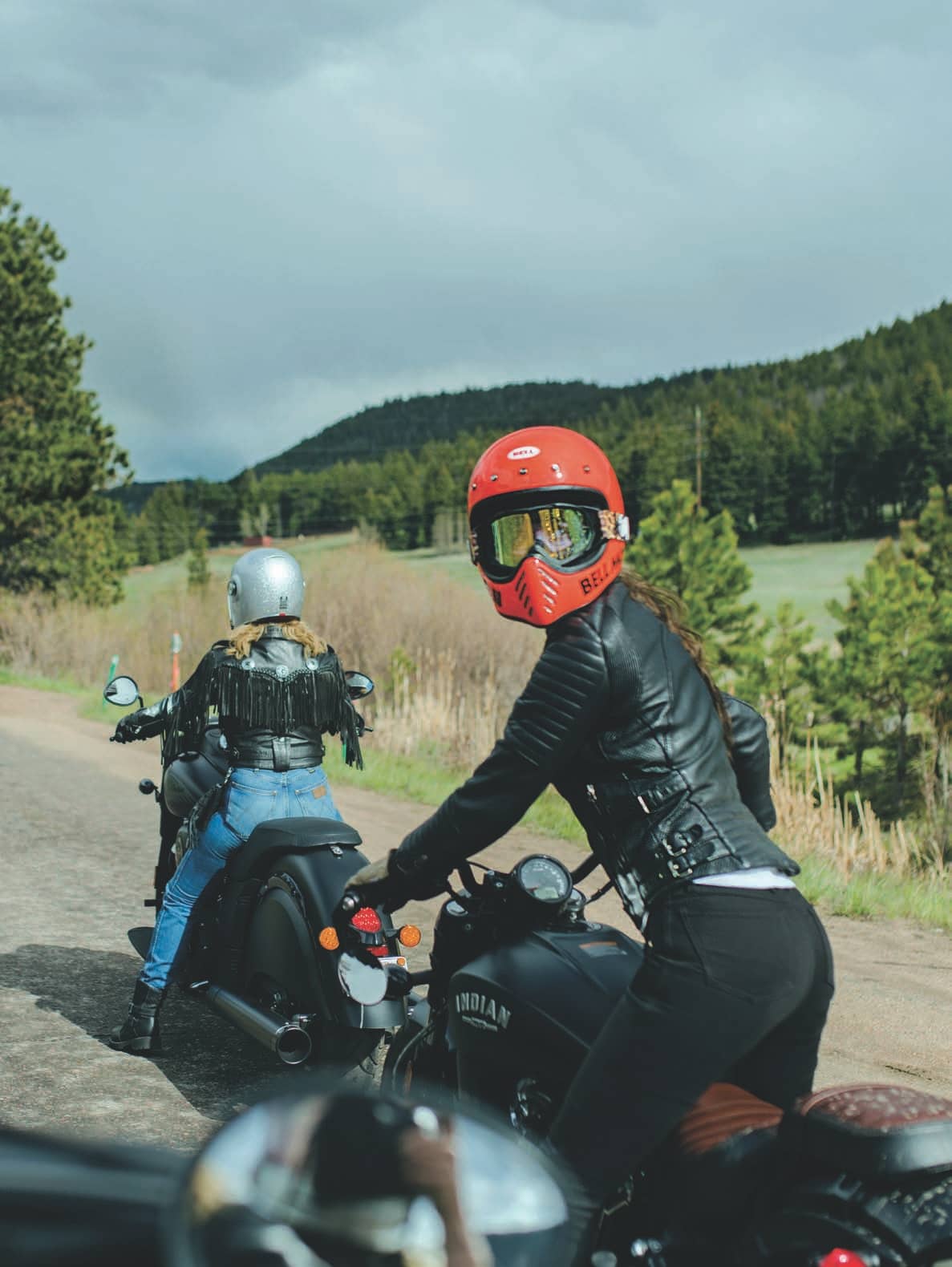 On Valentine’s Day, Sharry Billings posted a photograph on Instagram. Below the image of herself, her hair a red- caramel and her smile open, she wrote: “I love you so much I wanna squeeze you!” The object of her affection? “All the motorcycles I have owned and will own in the future,” she explained. Alongside the photo of her astride a Harley-Davidson, she wrote that bikes “have changed my life, healed my soul, and brought me more love and friendships than I could have ever imagined.”

Billings goes by @sistermother13 on Instagram, but the main account she oversees is @thelitaslosangeles. The Litas is a group she joined three years ago as a way to connect with other women riders in her city. She’s co-led the L.A. branch for two years. When she joined, it provided her with much needed healing and camaraderie after her kids grew up and she got divorced. Billings had ridden as a teenager and into her 20s but took a hiatus later. “It was always in my heart,” she says. But when she was married with young children, “I thought it was a little too dangerous.”

After the breakup in 2015, she found herself longing for escape. And adventure. “My prayer at the time was, ‘God, I don’t want to date.’ These men are not happening,” Billings says, laughing. “The first thing that came to my heart was the motorcycle I wanted. It was a Harley.”

She bought the bike, took the ride. Then she joined the Litas. “I’m very grateful to have found my heart again,” Billings says.

Founded in Utah by Jessica Haggett half a decade ago, the Litas have expanded to include hundreds of branches around the world (Litas Denver, Litas Lisbon, Litas Rome), with members ranging from twentysomething singles to 60- and 70-year-old retirees with grandkids. They take regular rides, often along wild back roads, including the Pine Mountain Ridge route near Ojai, Calif., that Billings took with 32 other riders one Saturday in July. It’s about riding with your own style and pace but surrounded by like-minded friends.

“If you’re learning to ride, you’re going to kill yourself riding with men—they ride like bats out of hell!” Billings says. “And women—I’m generalizing here—tend to be more careful. We are mothers, we are sisters, we feel obligated to stay alive.”