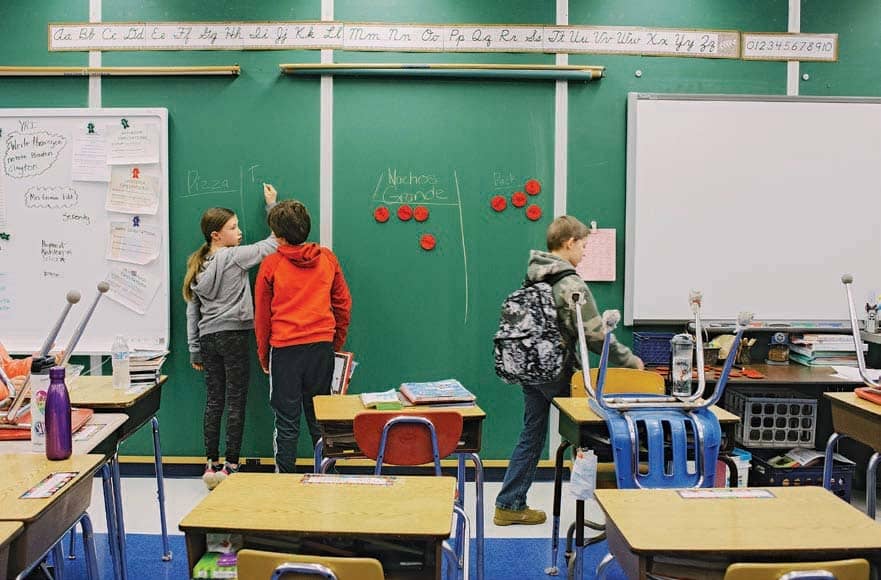 The primary school in Crellin, Md., a village of 260 people, sits on a reclaimed coal-loading site in the Appalachian Mountains. On top of reading, writing, and arithmetic, students get to look after chickens and lambs in the barn outside. They also learn about pollution by testing water from the nearby river.

It’s a place full of warmth and curiosity—and, like most of the families who send their children there, it’s short of money. “I want them to have choices,” says principal Dana McCauley of the kids in her charge. Crellin Elementary has earned widespread recognition for its environmental education program. But there’s no money for tutors, and funds for the school’s math academy have dried up.

Rising inequality is now at the heart of U.S. public debate, looming over just about every policy discussion from trade to interest rates and likely to take center stage in this year’s presidential election. America’s classrooms are one place where the trend could be halted.

McCauley and her staff are battling to give children from low-income families a better educational start. That can lead to decent paychecks and a stake in an economy that’s become more oriented toward skills and knowledge. But because of the way the U.S. school system is funded, it often perpetuates inequality instead. The reality is that McCauley’s school would have more resources if the children who went there were better off.

Maryland—one of the more prosperous states but also one with pockets of hardship in places including Baltimore and rural areas like Crellin—is trying to disrupt this loop in which underfunded school systems produce poor adults. It’s embarked on what some experts say is one of the biggest education reforms attempted by a state in recent years, with a price tag that runs into the billions of dollars.