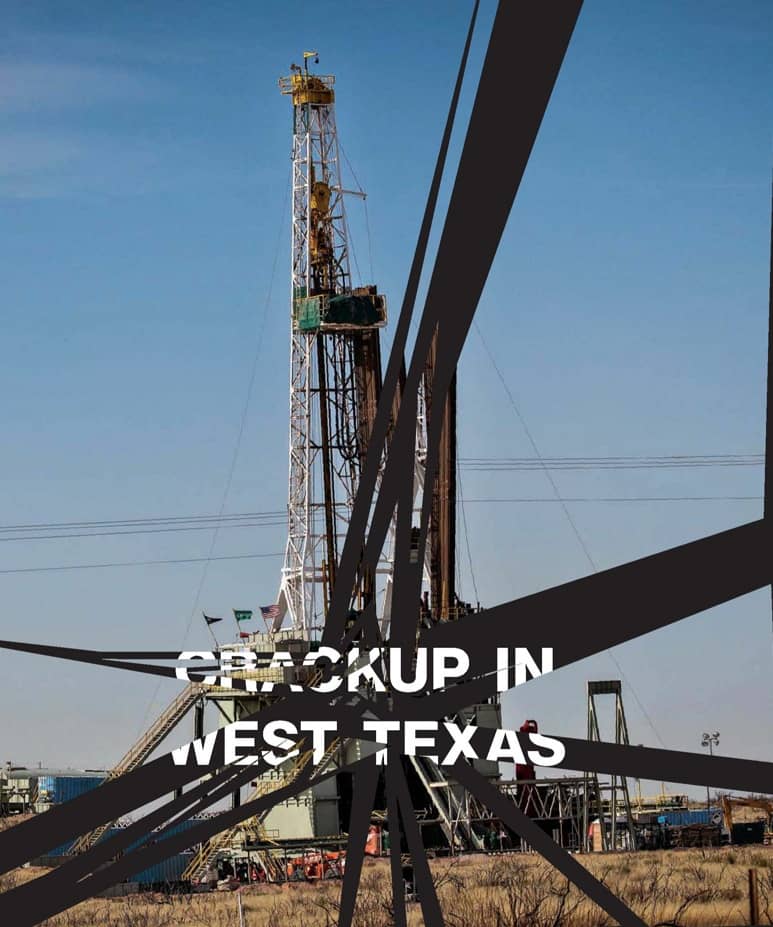 IF PRICES DON’T RECOVER BOTH DRAMATICALLY AND QUICKLY, THE ERA OF SHALE OIL MIGHT COME TO A SHUDDERING END

Frac Tech grew into one of the most successful pressure pumpers as the U.S. experienced a boom first in shale gas, then in shale oil. The Wilks brothers became billionaires when they sold Frac Tech in 2011, just as shale oil was transforming the U.S. into one of the world’s biggest producers of crude. Last September the country became a net exporter of crude and petroleum products for the first full month in at least 70 years.

The big oil explorers and producers are household names: Chevron and BP, Exxon Mobil and Royal Dutch Shell. But the U.S. oil renaissance has ridden heavily on the backs of little-known pressure pumpers that figured out how to extract oil from the stubborn shale of Colorado, New Mexico, North Dakota, Texas, and Wyoming. The companies that perform this grimy work are also central to the potent political notion that Americans shouldn’t have to rely on the Saudis, Russians, and other oil producers for petroleum.

Today the Wilks brothers’ former company, now publicly traded and named FTS International Inc., is fighting to stay alive. Since early March, FTS has slashed executive pay, idled almost its entire fleet of pumping gear, and laid off two-thirds of its employees. It has more debt than cash. Its stock fell to about 30¢ a share before a 20-for-1 reverse stock split in May. Other pressure pumpers are suffering, too, with thousands of workers laid off. Research firm IHS Markit Ltd. recently pondered whether current conditions could “create a scenario in which a wave of bankruptcies in service companies leaves North American shale without enough pumpers to do the work at today’s standards.”

With pressure to move away from fossil fuels rising, the bigger question may be whether the shale phenomenon itself can endure. Already this year, more than three dozen North American explorers, fracking service companies, and pipeline operators—including shale pioneer Chesapeake Energy Corp.— have sought bankruptcy protection. Production is down about 2 million barrels a day from a peak of almost 13 million early this year, and Morgan Stanley says prices must go higher than the current $40 a barrel to prevent further production declines in 2021. Futures prices need to settle in the $55-to-$65-a-barrel range for an extended period before new drilling picks up significantly, says research firm Enverus. Even then, many companies are so highly leveraged that much of their cash could go to reducing debt rather than extracting oil.

Shale’s woes are connected to pandemic shutdowns eviscerating demand and the Saudi-Russia price war that briefly pushed oil prices below zero. But the shale industry’s own shortcomings had gotten it into trouble before Covid-19, as a look at FTS’s winding journey through twin booms and busts makes clear. Now a crucial link in the U.S. oil supply chain is facing mass extinction.

IN December 2010, Frac Tech filed with the U.S. Securities and Exchange Commission for an initial public offering. The prospectus described a vertically integrated company that not only dispatched crews to fracture horizontal wells for oil and gas producers, but also manufactured its own equipment, mined fracking sand, and managed a logistics business with more than 1,000 rail cars. This new method of fossil fuel extraction was going full blast in natural gas and gaining momentum in oil as producers feasted on cheap postrecession capital to spend on drilling.

Frac Tech noted in its prospectus that it benefited from a “tight supply” of competitors and ample demand. In some drilling locations, Frac Tech operated around-the-clock, using twin day and night crews. The late Aubrey McClendon, chief executive officer of Chesapeake, which owned 26% of Frac Tech and was a regular customer, called the company “the best in the business.”

The following spring, Frac Tech canceled the IPO. It then closed a leveraged buyout that delivered the company to a group of investors led by Temasek Holdings Pte, a Singapore state investment company, and RRJ Capital. Chesapeake increased its stake to 30%, and the Wilkses pocketed more than $3 billion, some of which they’ve used to acquire vast tracts of land in Montana and Idaho and to support anti-abortion and other conservative causes.

Frac Tech’s annual revenue had risen sixfold in four years, to $1.3 billion, and its net income had quadrupled, to $369 million. Crude prices had hit $100 a barrel, and shale was a happy business. Blue-collar workers looking to earn $100,000 a year flooded into West Texas. RVs and “man camps” housing out-of-towners stacked up around the little towns. Monahans, with a population of 7,000, saw that “probably double,” says Todd Hunt, CEO of Tejas Bank there. “License plates from all over the United States.”