Bypassed by The Rescue 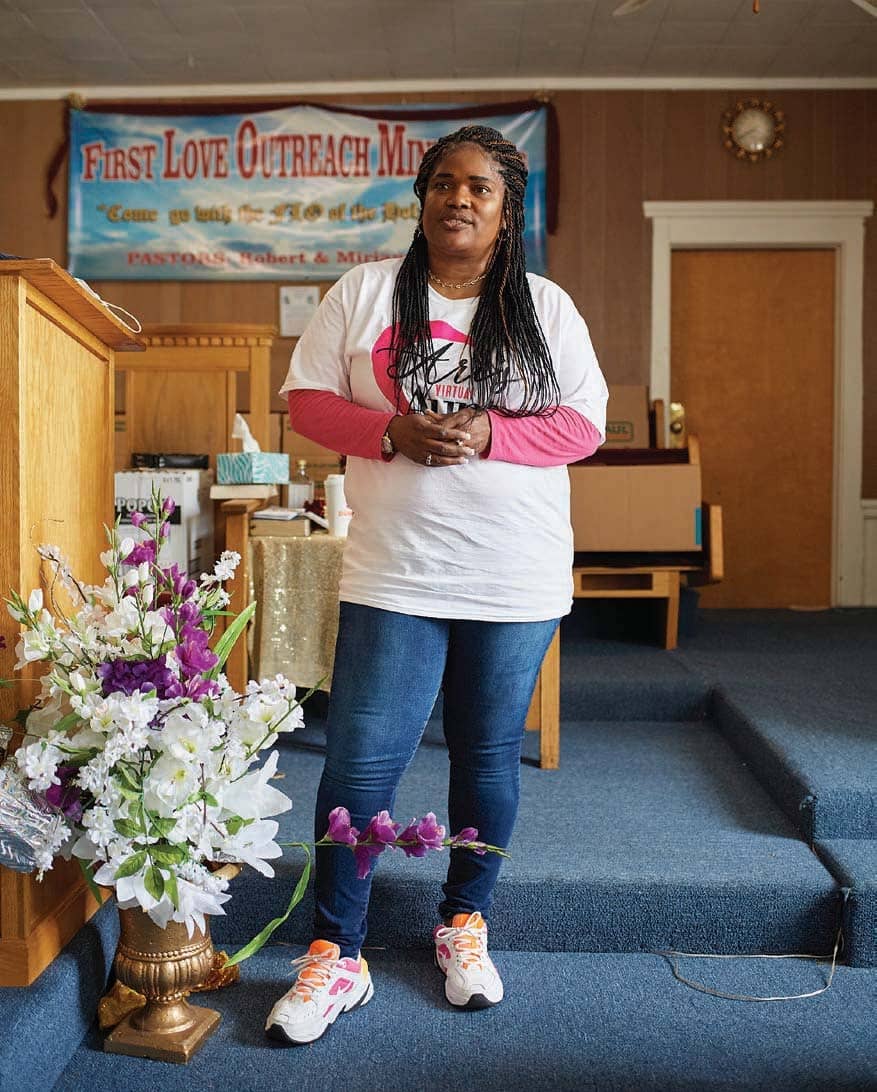 Everywhere Miriam Scott looks, she sees an unrelenting crisis closing in on her church and her flock.

Her First Love Outreach Ministries has been regularly handing out 15,000 to 20,000 pounds of food at its Saturday distributions, just shy of what it once would have done in an entire year. She’s counseled members of her congregation on Cleveland’s impoverished East Side whose relatives have been struck down by Covid-19 and those who’ve lost jobs and are struggling to pay rent. She’s worried she’s falling out of touch with the parade of vulnerable men who head straight from prison to the homeless shelter and used to fill her pews for Sunday services now held on Facebook. She’s not quite sure how she’s going to pay for the new boiler and roof her church needs. Or the past-due electric bill.

Every time she flicks the light switch, she says a little prayer that there will be light.

What Pastor Scott worries about most, though, is that this pandemic is going to take away the church she and her husband, Robert, have spent more than a decade building between shifts as corrections officers. And, more important, that losing the church will leave those who rely on it searching for a new spiritual home as the nation deals with its own epochal predicaments.

In a pandemic that’s wreaked widespread economic havoc, Cleveland has been among the hardest-hit cities in the U.S. Its unemployment rate peaked at 23.1% in April, after one-fifth of its labor force, mostly lower-income service workers, lost their jobs in a matter of weeks. Scott’s accumulating emergencies represent the all-too-easily- forgotten collateral damage. A tiny church serving a vulnerable corner of American society is having a life-or-death moment that will never show up in the data. “I’m literally on the last thousand dollars in the bank,” Scott says one morning in June, her eyes tearing up as she sits among plastic bags full of food ready for distribution. They’re piled into the pews where people once sat. Every time she goes looking for help, “all the doors are shut.”

There’s no doubt that the $2 trillion Coronavirus Aid, Relief, and Economic Security Act Congress passed in March has saved the economy from sliding into a depression and helped millions of families weather the initial plunge into lockdown. Its $1,200 stimulus checks, enhanced unemployment benefits, and flood of money for small businesses, along with the billions of dollars the Federal Reserve has pumped into the financial markets, demonstrate that the American policy elite is determined not to repeat the mistakes of the last crisis. Concerns about deficits, debt, and inflation have been set aside. Everyone has rallied around a whatever-it-takes approach that, though focused on businesses and markets, has included social programs that set new benchmarks for economic impact.

And at a time when the U.S. is engaged in another conversation about its foundational racial inequities, the rescue is amplifying those imbalances in places such as Cleveland, where half the population is Black, and fueling the anger of a new generation in communities too used to being left behind. “I’m not going to play my people for a fool,” says Stephen Rowan, pastor of Bethany Baptist Church, pointing to what he sees as a pattern: Wealthy institutions such as the nearby Cleveland Clinic receive $200 million in Cares Act help, while increasingly frustrated members of his congregation miss out. “There comes a point in time when I cannot justify or say to them that ‘God will make a way’ despite what they are seeing right in front of their face.”

The coronavirus has ravaged Cleveland’s Black communities. Black patients account for 61% of the city’s 3,777 identified cases. White ones make up just 16%. The virus has also reinforced the long-standing, gaping economic disparities between the largely Black neighborhoods east of the Cuyahoga River and the predominantly White ones to its west. At $21,769, the median income of a Black household in the city in 2018 was about half the $40,485 of a White one. The legacies of decades of redlining and other discriminatory lending policies are plain to see. Roughly one-third of Black households own their homes; three-quarters of White ones do.