Bracing For A Beer Run 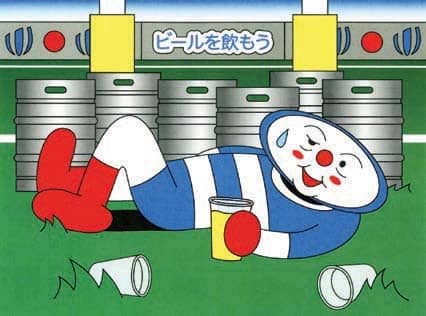 Japan’s bars are lining up extra brews ahead of rugby’s biggest tournament.

As fans prepare to descend on Japan for the Rugby World Cup, there’s one question organizers are asking: Will there be enough beer?

Watching rugby and drinking beer go hand in hand. While the Japanese like beer—they drank 53.5 liters per person in 2018—the British, Australians, and Irish, some of the sport’s biggest aficionados, typically consume about double that amount. About a third of ticket sales have gone to overseas fans, mostly from those three countries.

Foreigners are expected to drink about four times as much as Japanese spectators, according to the organizing committee. That has brewers, distributors, and bars in Japan taking steps to avert a shortage, as the six-week competition gets under way on Sept. 20 for the first time in Asia.