Bill Gates – “We need to bring this pandemic to a close”

Bloomberg Businessweek|September 21, 2020
We're offering this story for free to read so that you can stay updated on the COVID-19 outbreak 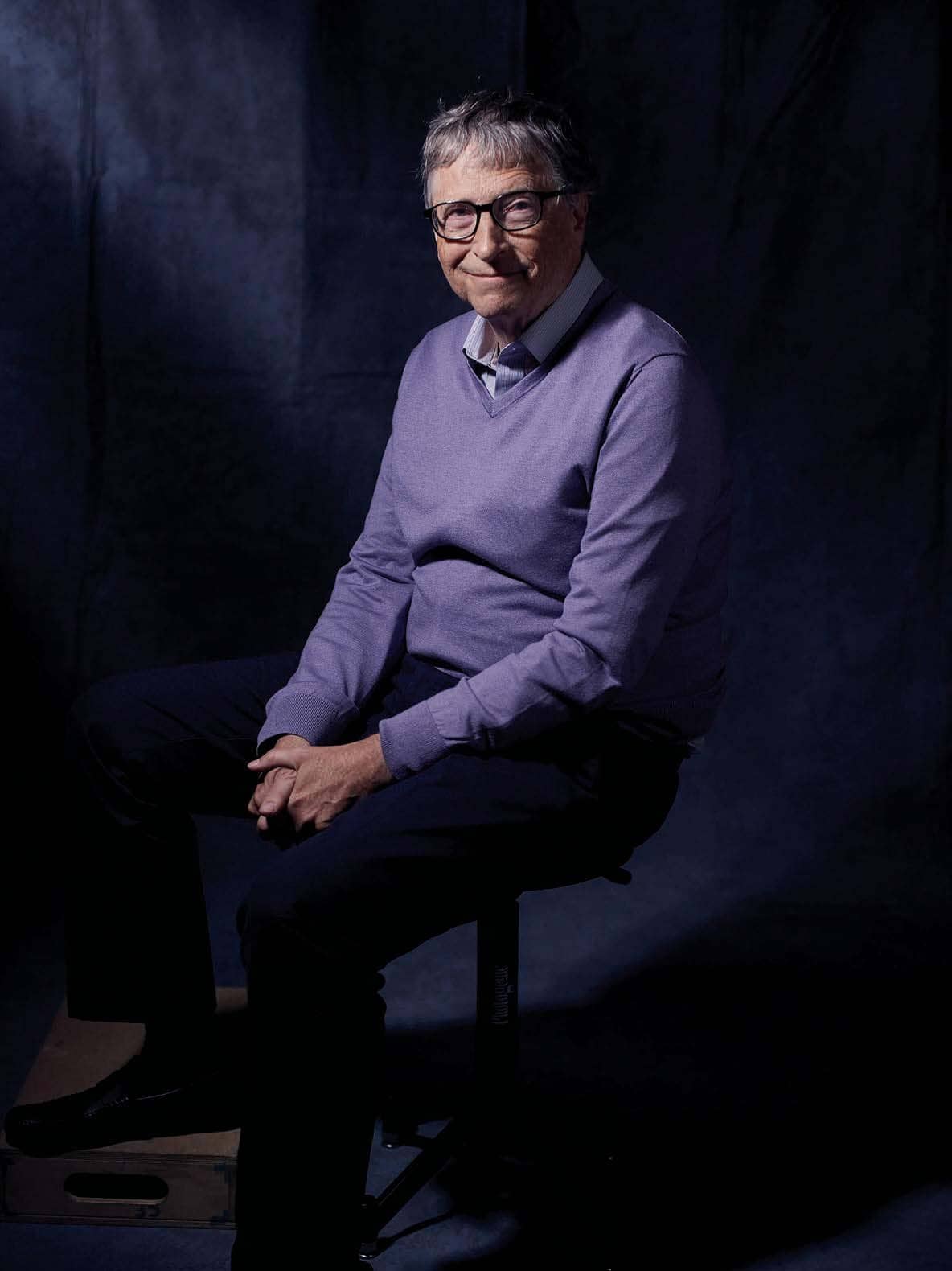 The world could use some big breakthroughs—a vaccine to combat coronavirus and innovations to mitigate climate change among them. The Microsoft Corp. co-founder speaks with Bloomberg’s Erik Schatzker about his passion for both, the nightmare that is misinformation, and the difference between Elon Musk and Steve Jobs.

ERIK SCHATZKER: President Trump has made no secret of his desire to see a Covid-19 vaccine soon, ideally before the November election. How worried are you about politics hijacking the approval process?

BILL GATES: Well, that would be a tragedy. Any suggestion that a politician helped create the vaccine or it’s faster because of a politician is a very dangerous thing. We saw with the completely bungled plasma statements that when you start pressuring people to say optimistic things, they go completely off the rails. The FDA lost a lot of credibility there.

Do you still trust the Food and Drug Administration?

Historically, just like the CDC was viewed as the best in the world, the FDA had that same reputation as a top-notch regulator. But there have been some cracks with some of the things they’ve said.

What about the Centers for Disease Control and Prevention?

The CDC is largely being written out of the picture. You have people at the White House who aren’t epidemiologists saying what a great job they’ve done. It’s no longer a set of experts. And the CDC actually did make some mistakes, especially the way they thought about testing.

One of the big risks in politicization is public confidence. Polls show a third of Americans will refuse to get vaccinated and a majority of Americans believe a vaccine is being rushed. Has the damage already been done?

I hope not. These companies are very professional, and the benefits of a vaccine are very dramatic, not just on the health front, but on the economic front, on the education front. We need to bring this pandemic to a close. Thank goodness we have this private-sector expertise that we can shape into a public good that gets to everybody on the planet. Some people may take a wait-and-see attitude, but I do think over time we will be able to get to the majority of the population and get to a level where transmission slows down very dramatically.

Given the accelerated timeline on which these vaccines are being developed, how confident are you that they’ll be not only effective but safe as well?

There’s not some big profit upside for many of the companies involved, including the ones that will have the most scalable, low-cost vaccines. We’re all going to be looking at the data. But a safe vaccine, I think, is very likely to come out of this R&D work.

Rich countries are spending billions of dollars to put their citizens at the front of the line for a vaccine. Where does that leave the rest of the world?

This is a very important point because, whether it’s from a humanitarian point of view or a strategic leadership point of view, or just preventing the epidemic coming back to the U.S. again and again, we need a plan to get the vaccine out to the entire world. The U.S. has been really strong at funding R&D in trials. The thing that the U.S. hasn’t done is participate in coming up with factories and procurement money for the rest of the world. Somewhere in the $8 billion to $10 billion range would fund these international activities.

You’ve talked about building a coalition of governments, of businesses, and of development banks to organize and finance vaccinations for the world’s poor countries. How realistic is that?

The only country that hasn’t shown up for those discussions is the United States. Congress has always made the U.S. a leader on global health. We eradicated smallpox, took on HIV. People are still expecting us to fill that vacuum. Other countries, including all the European leaders, have stepped forward with generous contributions. But it’s not enough without the U.S. being there. We need this to all come together, and the sooner the better. The world’s not used to this vacuum of leadership.

I’m assuming you’ve approached the Trump administration for support on this global manufacturing and distribution plan. How responsive has the U.S. government been so far?