BANKING ON THE DELTA 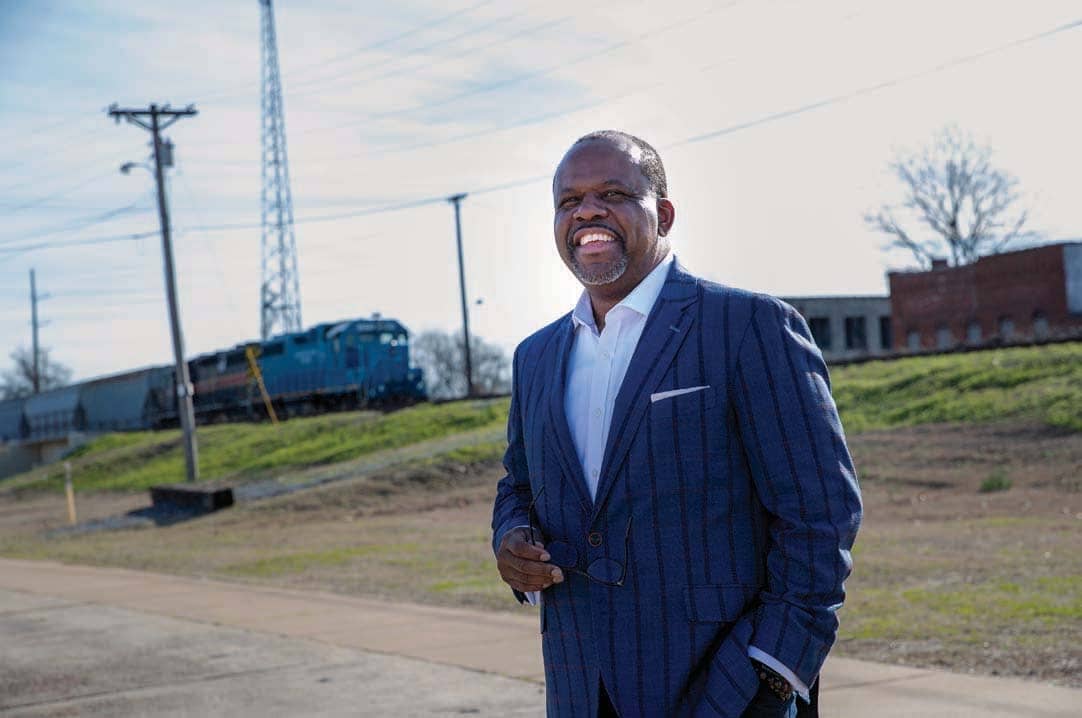 Under Darrin Williams, Southern Bancorp is pitching traditional banking to people whose first choice is usually a payday lender

Darrin Williams thinks it was probably a Fox News interview he did in early April that caught the eye of the White House and got him invited later that month to a videoconference with President Trump, his daughter Ivanka, and other top advisers. The pandemic was raging, and Trump had convened a lineup of financial luminaries to discuss how to save the economy. Treasury Secretary Steven Mnuchin took notes as Brian Moynihan, chief executive officer of Bank of America Corp., and Goldman Sachs Group Inc. CEO David Solomon opened the conversation. Then came Williams, who runs Southern Bancorp Inc. in Little Rock.

Williams is one of only a handful of Black CEOs at financial institutions with more than $1 billion in assets. At $1.6 billion, Southern Bancorp is a minnow next to the trillion-dollar-size whales that more commonly have access to Trump. But in this conversation, just four days after the federal government rolled out the Paycheck Protection Program to provide $350 billion in loans to keep small businesses alive, the little bank in Arkansas emerged as the most relevant.

Business owners at the time were complaining that many banks couldn’t even accept their loan applications, let alone write them a check. Moynihan and Solomon told Trump the best way to get money quickly to the people who needed it most was to use a network of small lenders known as community development financial institutions, or CDFIs, modeled after Southern Bancorp. Williams had worked through the previous weekend to help review loans and send out 50 checks to customers in the Mississippi Delta. “These communities are hurting,” he told Trump, urging the administration to rely more on CDFIs.

It was essentially the same thing Williams had been saying for years as larger banks abandoned places like the Delta. Growing inequality was leaving a huge chunk of the population behind, primarily those from Black and other minority communities. The pandemic finally made the scale of the crisis clear, with families lining up in cars at food banks within weeks of the first shelter-in-place orders. In the second round of PPP loans, the administration set aside $10 billion for CDFIs. “If you use channels that are themselves limited, you’re going to have limited access to people,” says Williams, whose bank ultimately issued $111 million in PPP loans to almost 1,300 customers. “That’s not knocking traditional banks—they’ve left those communities. It’s not their model.”

Largely ignored for years, Southern Bancorp and other CDFIs are experiencing something of a rebirth, attracting hundreds of millions of dollars from technology and finance companies that have been some of the country’s biggest economic winners. The funding includes both direct grants and low-interest loans that allow CDFIs to expand their own lending. Google, for instance, in March said it would provide $125 million in loans and added an additional $45 million in June. Bank of America committed $250 million in March and Goldman Sachs $500 million a month later. Hope Credit Union, based in Jackson, Miss., attracted a $10 million deposit from Netflix Inc., part of a plan the company announced in June to invest 2% of its cash holdings—up to $100 million—with banks that serve Black communities.

All of this was a result of the virus, but also of the outpouring of interest in issues of equality raised by the national protests of police killings of George Floyd, Breonna Taylor, and other Black people.

Williams appreciates the attention— but also finds it hard not to ask what took so long.

Even before the virus hit, Williams, driving on U.S. Route 278 through mile after mile of Delta cotton fields one day in late 2019, was anything but optimistic. At the time, Black unemployment had reached a record low of 5.4%. But he knew that Black adults were three times as likely as White adults not to have a bank account—the passport to buying a house, the largest source of wealth for most Americans. Some towns in the Delta operate almost entirely on cash, with few businesses accepting credit cards.