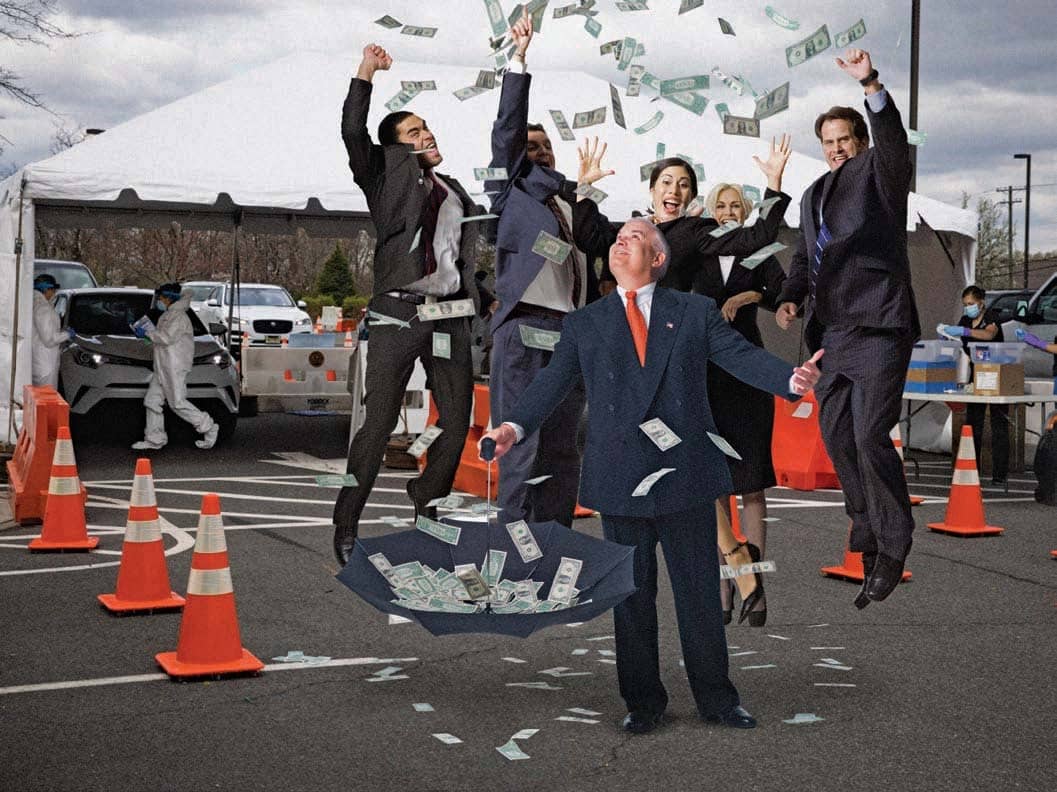 A bunch of Wall Street executives got together for dinner a decade ago while the U.S. economy was in tatters. Their industry, fresh offa bailout, was printing big profits again— and Americans were seething. Congress wanted hearings.

As the executives picked at their food, one from Goldman Sachs Group Inc. turned to his peer from Morgan Stanley, which had been slower to bounce back from the crisis, and said: “You have no idea how damn lucky you are to lose money with a hopeless business model.” The table erupted in laughter. The kernel of truth in the quip is that nobody likes bankers profiting as the world burns. It draws a harsh spotlight.

Over the past week, Wall Street’s five biggest investment banks disclosed $45 billion in revenue from trading and dealmaking units, marking those businesses’ best quarter in modern history. The catalyst: a deadly global pandemic and the Federal Reserve’s unprecedented measures to prop up the economy.

It’s hard to imagine a more awkward time to land a windfall. For years, bank trading chiefs have been begging, even praying, for a surge in volatility to lift their fortunes by spurring client transactions. Banks finally got their score as markets plunged, with television screens showing refrigerated morgue trucks. Then they made even more money as authorities rushed to help. Morgan Stanley posted its highest revenue and profit ever. JPMorgan Chase & Co. blew past the revenue record its traders notched in the first quarter—topping it by 34% in the second quarter. Goldman’s profit rose, even as the company set aside an additional $1 billion to cover potential legal costs, including those related to probes into its role in the looting of a Malaysian investment fund.