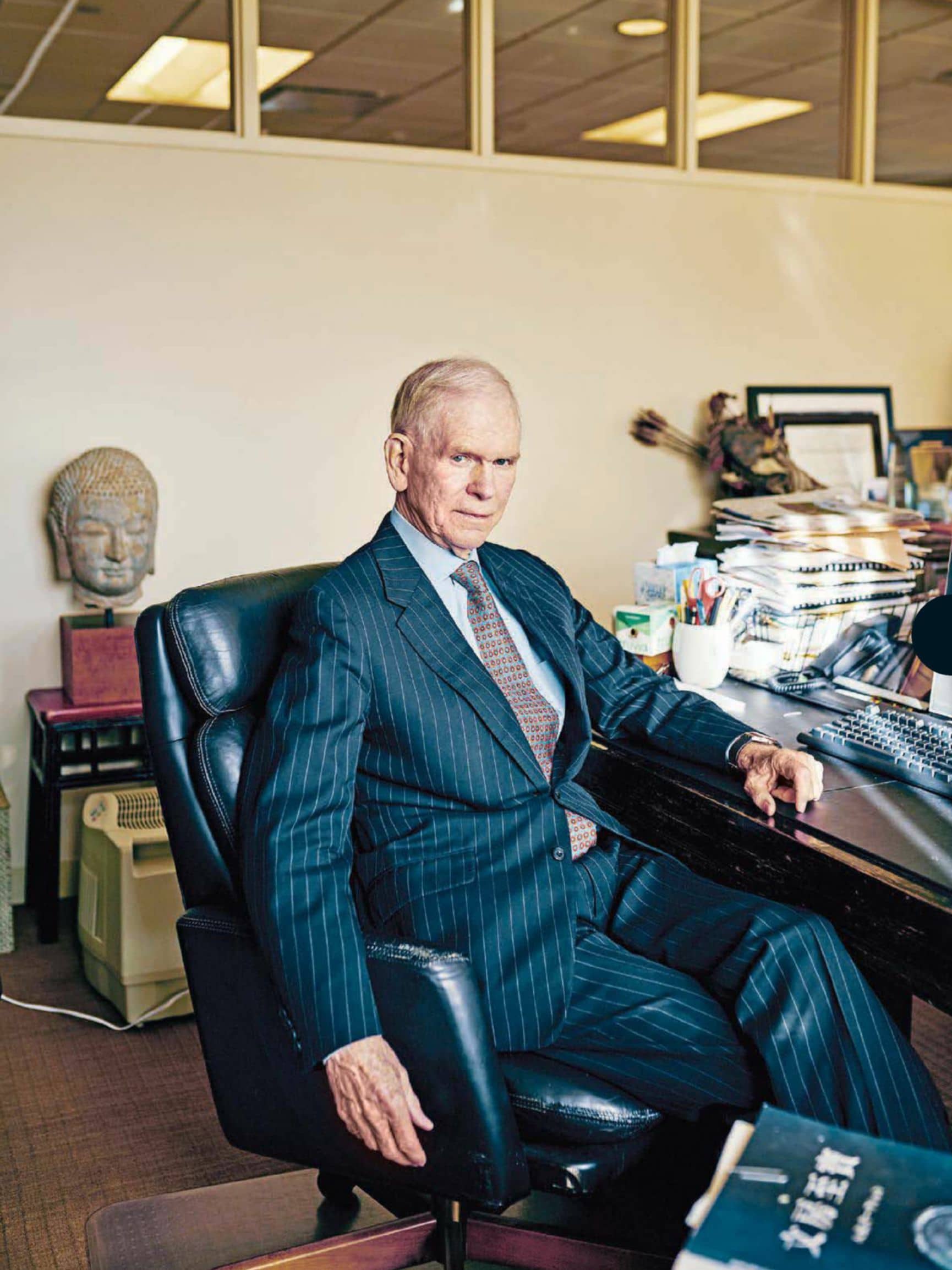 Terrifying an audience is one of Jeremy Grantham’s specialties. The legendary investor, co-founder of Grantham Mayo Van Otterloo (GMO), is famous for predicting doom. And he’s famous for being right, with a remarkable record of spotting investment bubbles before they pop, notably the 2000 tech crash and 2008 financial crisis.

These days, the topic of Grantham’s warnings is not financial markets but the environment. At universities and investor conferences, gardening clubs and local environmental groups, he gives a talk titled “Race of Our Lives”—the one between the Earth’s rapidly warming temperature and the human beings coming up with ways to fight and adapt to climate change.

Green technologies, like batteries and solar and wind power, are improving far faster than many realize, he says. Decarbonizing the economy will be an investing bonanza for those who know it’s coming—“the biggest reshuffling of the economy since the Industrial Revolution.” Despite these gains, people are losing the race: Climate change is also accelerating, with consequences so dire that they’re almost impossible to imagine.

Grantham says he’ll devote 98 percent of his net worth, or about $1 billion, to help humans win the race. Currently he and his wife, Hanne, are giving more than $30 million a year to eight large nonprofits and about 30 smaller ones. Beneficiaries include three academic institutes in the U.K. named after him, at Imperial College London, the London School of Economics, and his alma mater, the University of Sheffield.

While the donations fund a variety of climate research and policy projects, Grantham focuses his presentations on overpopulation. Forget the flooding of oceanfront cities such as Miami or his adopted hometown of Boston. “Agriculture is in fact the real underlying problem produced by climate change,” he says. With topsoil disappearing at a rate of 1 percent a year and “only 30 to 70 good harvest years left depending on your location,” he says, farmers will struggle to feed the planet. Higher sea levels will inundate the world’s great rice-producing river deltas.

“Even without climate change,” he says, “it would be somewhere between hard and impossible to feed 11.2 billion” people, the United Nations’ median population estimate for 2100. Every other animal species on Earth lives with “recurrent waves of famine,” Grantham says, with population rising and falling based on their food supply. Why not us? He brings up a chart showing the tripling of the world’s population since he was born, more than 80 years ago. “If that’s the curve in the stock market,” he says, “you know what to do: panic and go short.” Translation: When something goes up that far for that long, it’s almost certain to plummet. The only question is when. The next bubble, he seems to be implying, is humans. “The presentation is so severe and raw,” says Morning star Inc. Chief Marketing Officer Rob Pinkerton, who watched almost 1,300 financial advisers take in Grantham’s keynote speech at the Morning star Investment Conference in Chicago in May. “It really rattled them.”