An Alternative Way To Get Burned 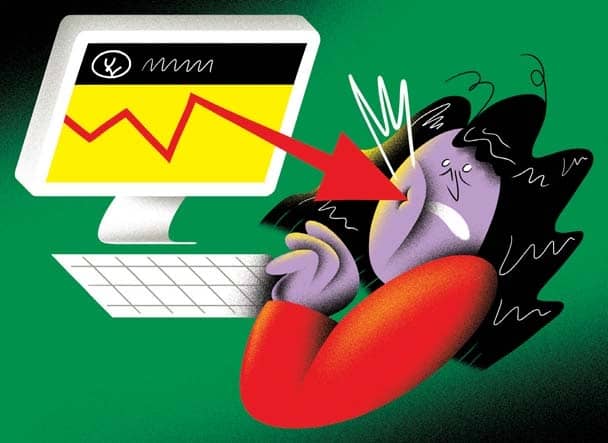 YieldStreet pitches investments you can’t get elsewhere. That’s not always a good thing

The online investment platform YieldStreet came on the scene in 2015 with a bold proposition: It would allow individual investors to make the kind of unusual, potentially high-yielding investments normally reserved for institutions and the very rich. These alternative assets include pieces of investments in real estate, art, and even ships. Although the company caters only to accredited investors—those who earn more than $200,000 annually or have a net worth of at least $1 million—that’s a bar many affluent professionals can clear. Investors have plowed around $1 billion into deals through YieldStreet.

The company warns on its site that its investments carry higher risk than normal stocks or bonds. But recently some YieldStreet investors have found out how wild those risks can be.

A handful of the site’s investments in old oceangoing vessels have fared particularly badly. In such a deal, investors might lend money to an entity that buys ships near the end of their useful life. The borrowers sail the vessels to deconstruction yards in places such as India and Pakistan, where they sell them to a demolition company, presumably at a profit, for the scrap value. The deals often are structured so investors receive upfront interest payments soon after closing, with principal repaid in full six months later.

From June 2018 to September 2019, YieldStreet units arranged six marine loans worth $89.2 million to finance the purchase of ships. The borrowers were related companies whose unnamed parent corporation, based in Dubai, was described in a deal memo as “one of the premier buyers of recycling tonnage worldwide,” owned by a family with over 40 years’ experience in the deconstruction industry.

In an example of one of those deals, YieldStreet clients could participate in a $12.65 million loan with a projected 10.25% interest rate over a six-month term, after YieldStreet’s 1.25% management fee and a 0.5% origination fee. Prospective investors received a 16-page memo explaining marine finance, the deal’s structure, and the risks, such as an economic downturn, terrorist attacks, piracy, or an oversupply of ships, which could hurt scrap values. Investors also had some protections, according to the memo. Three ships would be collateral, and with a scrap value of $15.8 million, there was an extra safety cushion above the loan amount. The ships also were insured.