A Wealth of Opportunity But For Whom? 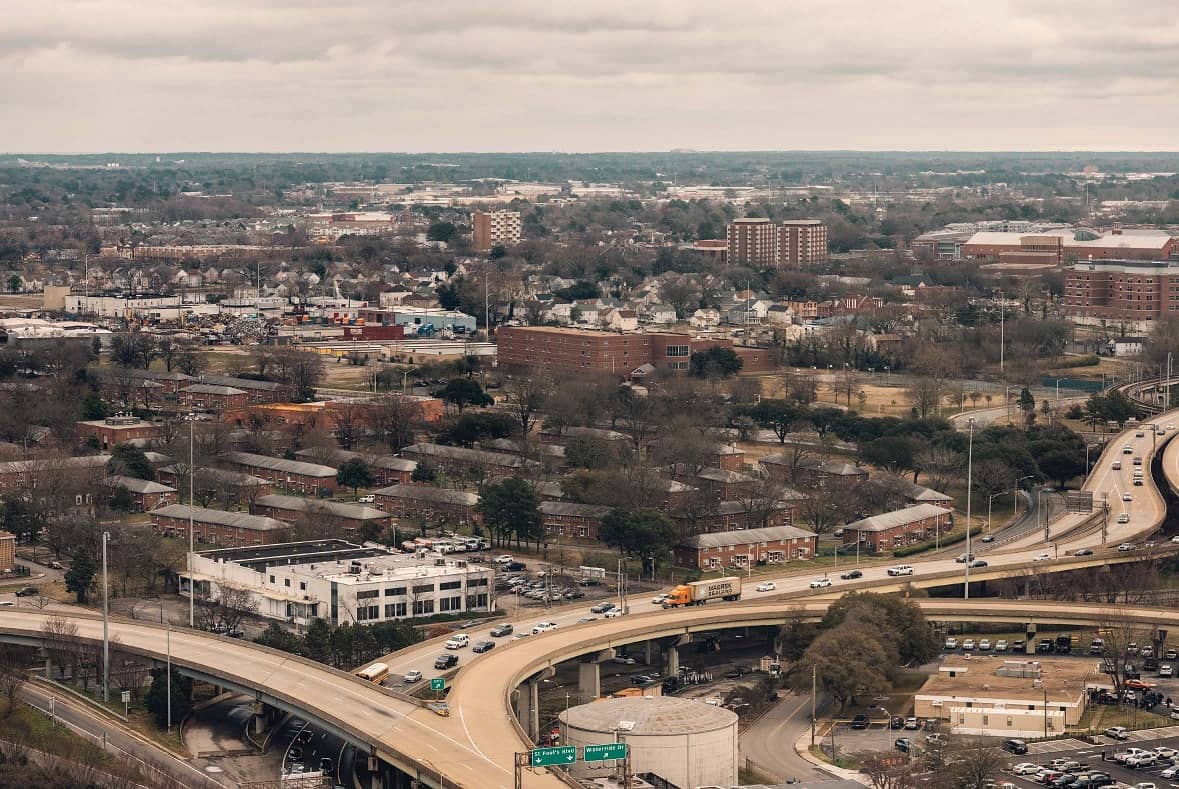 Over seven decades, Norfolk leveraged federal tax breaks to remake itself. Now the Virginia city is using them to demolish its historically Black neighborhoods

The contours of inequality in Norfolk, Va., a city of 240,000-plus people at the mouth of Chesapeake Bay, are clearly visible from atop the 26-story Dominion Tower. The tallest building in townhouses its economic development office, a choice spot for officials to show off their city and to encourage visitors to envision its future.

Look west, and you see a 300-room Hilton, a hockey arena, corporate offices for PNC Financial and payment processor ADP, restaurants and bars, a light rail station, and a 1 million-square-foot mall. To the east is St. Paul’s, a 200-acre area that’s home to three public housing developments dating from the 1950s. The pitch-roofed, two-story, cinder-block houses are arrayed in neat rows, like barracks. The two sides of the city are divided by a highway offramp that shoots suburban shoppers right into the parking garage of the MacArthur Center shopping mall and a six-lane boulevard that keeps St. Paul’s residents, mostly Black and mostly poor, a world apart from the downtown.

Jared Chalk, the director of economic development, admits the detrimental effects. “We’re working with the landlord to open up the mall a bit,” he says, surveying the view on a dreary February morning. Chalk and other city officials say they’ve tried to correct for decades of inequity with jobs and education programs. Critics, seeing a dearth of local businesses and jobs, plus streets that frequently flood, say they haven’t tried hard enough.

Officials in Norfolk began weighing plans to demolish St. Paul’s public housing and replace it with mixed-use, mixed-income developments in the mid-1990s. But finding funds proved a challenge. Then came opportunity zones, a program that allows investors to defer taxes on capital gains by placing the money into a fund dedicated to investing in areas deemed distressed. Although it was enacted as part of President Trump’s controversial Tax Cuts and Jobs Act of 2017, the provision enjoyed bipartisan support and bears the fingerprints of one of the economic advisers to Democratic presidential candidate Joe Biden.

Once the legislation passed, Norfolk’s leaders wasted no time in reviving plans to remake St. Paul’s, with the City Council in January 2018 voting 7-1 to raze the public housing developments. The next month, Mayor Kenny Alexander told Trump at a White House gathering that he hoped to use the opportunity zones program to transform the area. Virginia awarded Norfolk more zones than any other city in the state, meaning a “larger wealth of opportunity,” says Sean Washington, senior business development manager for the city.

After U.S. Department of Housing and Urban Development Secretary Ben Carson visited in April, Norfolk was one of three cities in the country designated to receive a grant from the department to accelerate replacement of public housing. Norfolk hopes to leverage its $30 million haul into $150 million, including opportunity zone-eligible money. Out came the architect renderings of bustling, tree-lined streets, as well as promises that departing residents would be taken care of.

The first phase of the project calls for knocking down 618 homes in the Tidewater Gardens complex. About 220 units in the future development have been earmarked for families who want to return to the area, and 83 others will be available off-site. Construction is expected to take years, so in the meantime they’ll need to find landlords who accept federal housing vouchers, not usually an easy task.

“I’m confident that this will be the model of neighborhood revitalization going forward,” says Susan Perry, who’s leading the project for the city.

Paul Riddick, the only member of Norfolk’s eight-member City Council to repeatedly vote against aspects of the redevelopment effort, has a different take. “Because of institutional and systemic racism, the African-American community is going to be pushed out again,” he says. “This is nothing but gentrification.” Riddick, whose ward includes St. Paul’s, figures that if the plan goes through, the share of Norfolk’s population that is Black will dwindle from more than 40% now into the mid-30% range over the next 10 years. 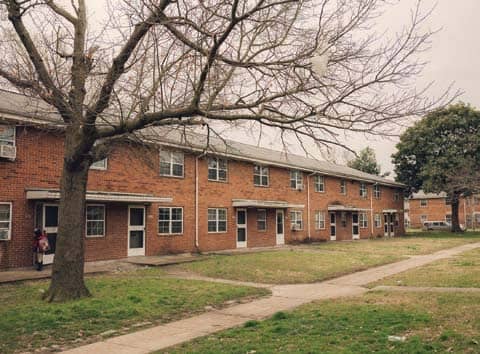 Tanisha Daniels was 13 when she became overwhelmed with fear that her home in Tidewater Gardens would be demolished. It was 1999, and Daniels could see the glowing signs of the newly constructed MacArthur Center from her yard. Norfolk hoped to turn the shopping center into an anchor for a broader redevelopment of the downtown, including St. Paul’s. “I’m mostly concerned that my home will get torn down for a mall,” Daniels wrote in her submission to a local essay contest. “This is the only home I can remember.”