A Subcontinent Of Inequality 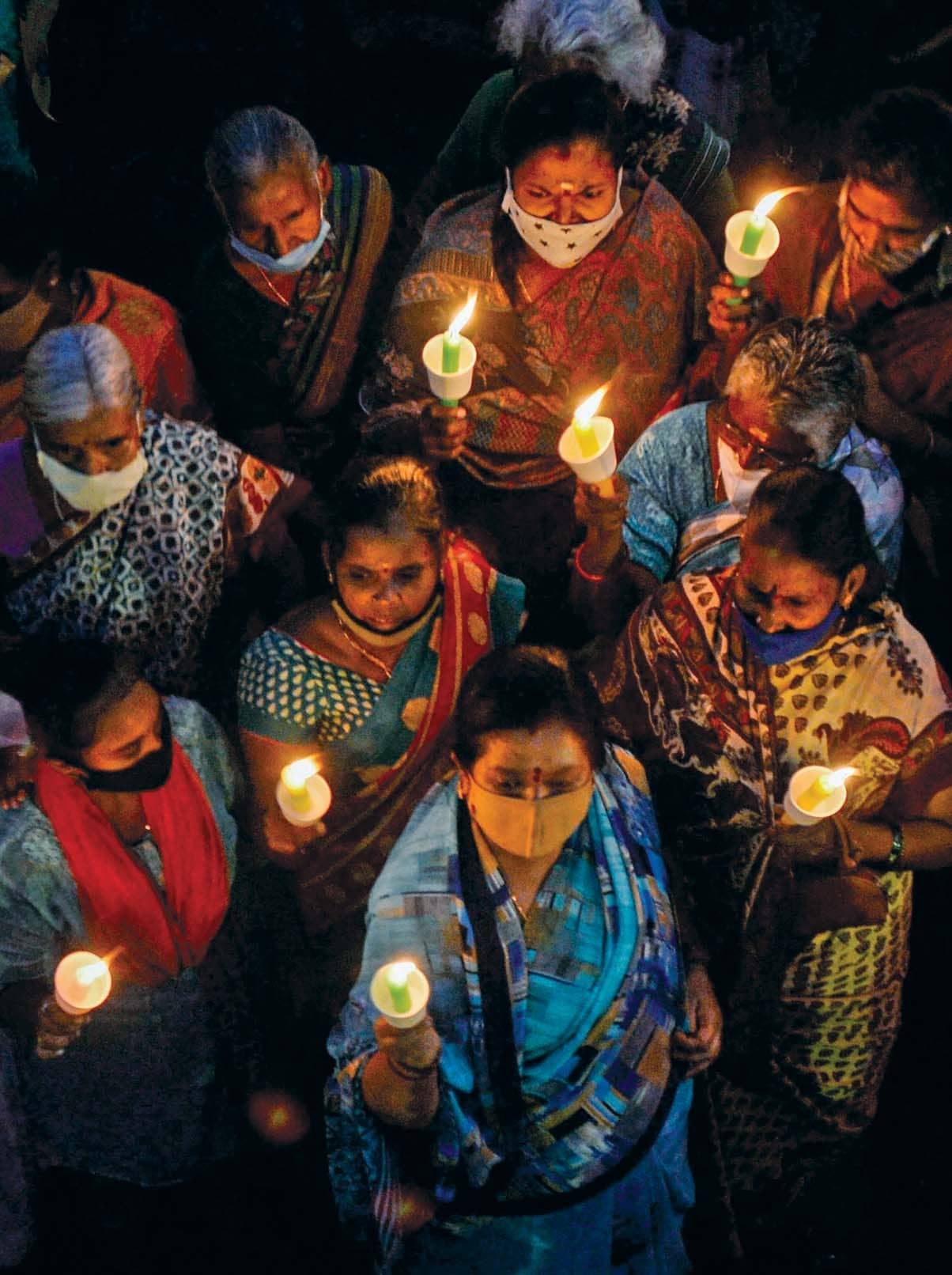 It’s been a punishing year for women in India—and not only because Covid-19 has made life and work a daily crisis. The barriers remain stark in 2020: economic, cultural, legal, political, even journalistic. The summer saw some of the country’s television channels and newspapers demonizing a Bollywood actress who was accused of everything from black magic to murder after her actor boyfriend reportedly killed himself in June. When autumn arrived, media became fixated on another woman—a teenager belonging to India’s lowest caste, the Dalit community, who was allegedly gang-raped by members of a higher caste and died on Sept. 29.

The caste violence and the Bollywood scandal are at different ends of India’s social spectrum. One involved a woman oppressed by religious tradition in the depths of society; the other, a free-spirited female member of the entertainment community. Yet the fate of the unnamed 19-year-old rape victim and the plight of the 28-year-old film star, Rhea Chakraborty, paint a bleak picture of the status of women in India today. Together the two incidents reveal the way many politicians, including members of the ruling Hindunationalist Bharatiya Janata Party, and much of the country’s hyperactive social media envision a woman’s place in India— subservient to the bounds of traditional mores. If women remain second-class citizens in the world’s biggest democracy, the effects on the country’s struggling economy will be dire.

I come to this enormous issue from my admittedly personal interest in a legal battle that got under way in the fallout from one of India’s most high-profile #MeToo cases. My Bloomberg Quint colleague Priya Ramani is fighting a defamation suit by M.J. Akbar, a prominent newspaper and magazine editor who became a cabinet minister in July 2016 in the government of Prime Minister Narendra Modi. He resigned in 2018 after Ramani, I, and several other women who had worked with him accused him of sexual harassment. Defamation is a criminal charge in India, with a penalty as long as two years in prison. Powerful people often use it to silence accusers. The verdict had been expected at any moment, but on Oct. 13 the “fast-track” court that had been hearing the case for two years cited a 2-year-old Supreme Court of India order and said it had to be transferred to a local tribunal. If that happens, the case could be delayed for months or years and result in the final arguments having to be made all over again. The judicial system has effectively become a deterrent to women contending against powerful men. Ramani’s lawyer has been working pro bono.

Crimes against women in India increased about 7% in 2019 from the previous year, and Uttar Pradesh, where the young Dalit woman was raped, topped the list of states with the worst rates. After her death, protests erupted across the country, with opposition politicians and activists calling for justice and accusing Modi’s government, as well as local officials and police, of trying to cover up the crime. According to news reports, the Uttar Pradesh government hired a public-relations agency to contest that she was raped. The victim’s family said police hurriedly cremated her in the middle of the night against their wishes. Her alleged rapists are all members of a higher caste, to which Yogi Adityanath, chief minister of Uttar Pradesh, also belongs. The chief minister, who’s also a BJP member, stayed silent for days and spoke out and promised an investigation only when protests escalated.