A Scare for Foreign Students 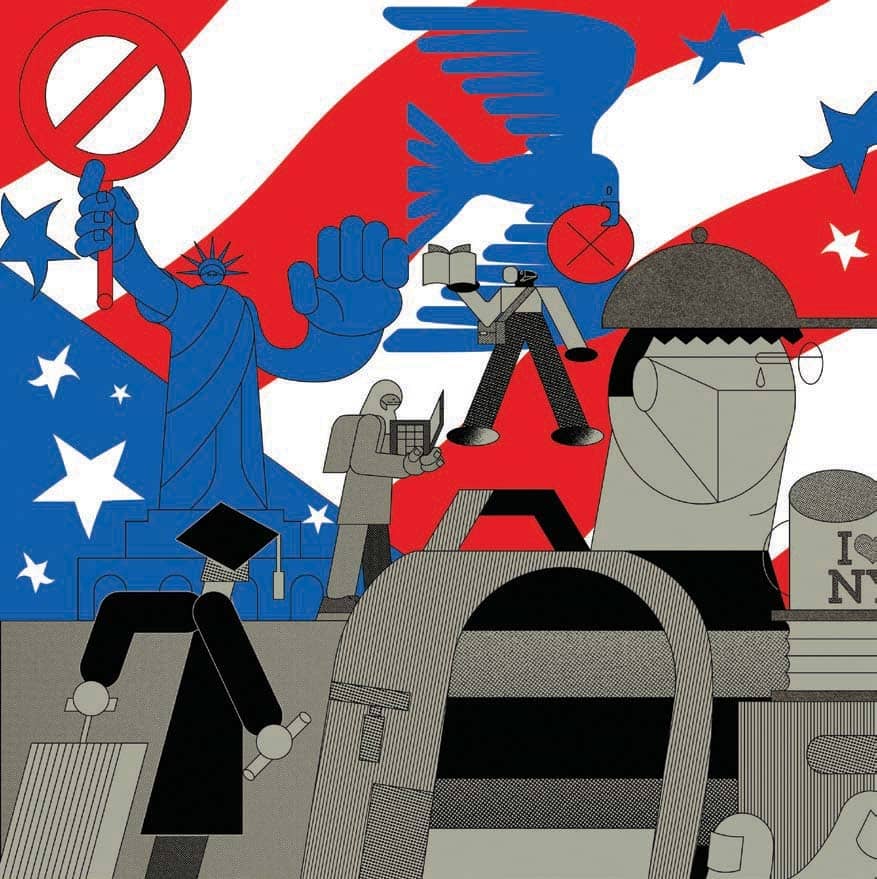 The U.S. backed down from a controversial policy, but students are still feeling the chill

By Janet Lorin, with Yifan Feng and Nick Wadhams

It wasn’t the Trump administration’s first attempt to deter foreign students, but it could have been the most disruptive. The U.S. Immigration and Customs Enforcement agency sought to bar visas for international students at colleges that offer only virtual instruction. Students on existing visas would have had to transfer to a school that offers at least some in-person teaching if they wanted to remain in the U.S., or return home. The rules came as colleges and universities weighed how to reopen in the fall amid the Covid-19 pandemic, and immediately provoked anger and a flurry of lawsuits. At a July 14 hearing in Boston, U.S. District Judge Allison Burroughs announced that the U.S. had agreed to rescind them.

ICE’s guidance, issued on July 6, threatened to upend the lives of students who feared deportation if their college were to pivot to online-only instruction, as schools first did in March to curb the spread of the novel coronavirus. Incoming students who need a new visa already face another hurdle: waiting for interview appointments at U.S. embassies shuttered by Covid-19. (The State Department announced it was restarting some routine visa services on July 15, depending on location.)

The policy swiftly brought together a broad coalition of colleges, states, and businesses that opposed it. “The overwhelming negative reaction to this proposal in a very short period of time shows that the administration really struck a nerve with this,” says Terry Hartle, senior vice president of government and public affairs for the American Council on Education, which represents more than 1,700 colleges and trade groups. “It’s unprecedented for that many colleges and universities to file suit against the federal government.”