A Prince, a Financer... And A Very Private Bank 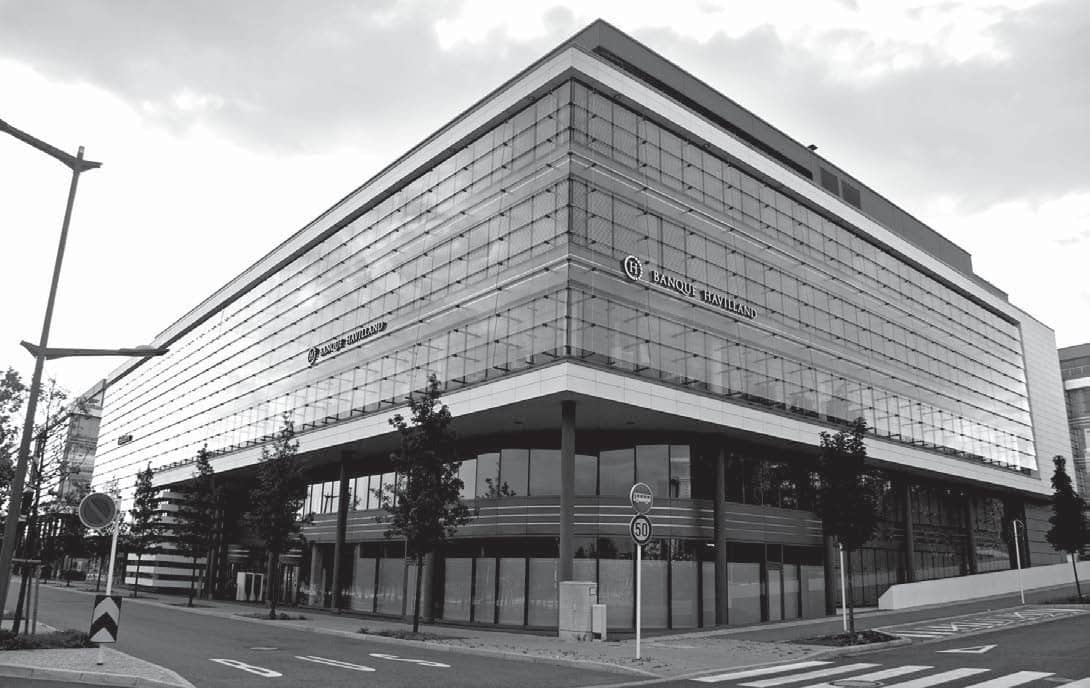 By Gavin Finch and Harry Wilson

It isn’t much fun these days being Prince Andrew, eighth in line to the British throne. Last year he was grounded by his mother, the queen, after a disastrous TV interview about his links to the late money manager and convicted pedophile Jeffrey Epstein. The prince rarely leaves the confines of Windsor Great Park, where he lives in a 30-room house, and he hasn’t made a public statement in months. When he does communicate, it’s through lawyers sparring with U.S. prosecutors who want to question him.

But Epstein is only the most infamous wealthy financier the prince has had dealings with. There’s another one the public knows less about. For years, Andrew acted as an unofficial door opener for David Rowland and his private bank in Luxembourg, Banque Havilland SA, according to a trove of emails, internal documents, and previously unreported regulatory filings reviewed by Bloomberg Businessweek, as well as interviews with 10 former bank insiders. His royal cachet and his role as the U.K.’s special representative for international trade and investment until 2011 helped the Rowland family pitch their services to potential clients from the ranks of the world’s dictators and kleptocrats.

Then in 2011 a photograph published in the Daily Mail drew unwanted scrutiny. It showed the prince with his arm around a young woman in Epstein’s entourage as Ghislaine Maxwell, Epstein’s former girlfriend and alleged co-conspirator, looked on. Andrew would later claim that the photograph may have been doctored, but the image came at a bad time for the Rowlands: Jonathan, David’s son and Banque Havilland’s then-chief executive officer, was planning a trip to Cameroon, Equatorial Guinea, and Gabon to scout for business, and he wanted Andrew to join him.

The previous year the Rowlands had accompanied the prince on an official visit to China, where Andrew had given them access to some of his meetings. In other countries and on other occasions, they introduced themselves as investment advisers to the prince and the royal family when wooing clients. But Andrew never went on that trip to Africa. “Disappear for a while,” Jonathan advised the prince in an email obtained by the Daily Mail, which has reported on some aspects of Andrew’s dealings with the Rowlands.

Andrew’s relationship with the family was mutually beneficial. It afforded him a lifestyle beyond the reach of his reported $320,000 annual stipend, including trappings such as the use of the Rowlands’ $45 million jet. He had a private bank account at Banque Havilland and a credit card in the name of Andrew Inverness, a pseudonym that’s an apparent nod to one of his many titles, Earl of Inverness. For the Rowlands, Andrew’s involvement brought some class to a tiny financial institution they’d purchased on the cheap in 2009 from the ruins of Iceland’s Kaupthing Bank.

They rechristened it after Havilland Hall, David Rowland’s estate on Guernsey, a tax haven in the Channel Islands, and settled on an unusually bold business model. Most banks have become increasingly selective about their clients to avoid running afoul of anti-money-laundering rules. Governments on both sides of the Atlantic require them to vet the sources of their clients’ wealth, monitor their transactions, and report any suspicious activity—with more stringent checks for those who hold prominent public positions. But the picture of Banque Havilland that emerges from the documents and interviews is of a bank willing to work with people most other financial institutions would shun.

There was Kolawole Aluko, an energy magnate who got a €25 million ($30 million) loan at a time when he was the subject of media reports about a bribery scandal in Nigeria’s oil industry. Joshua Kulei, the personal assistant to former Kenyan President Daniel Arap Moi, received a £2.2 million ($2.9 million) mortgage despite being banned from the U.S. because of graft allegations he’s denied. And a company controlled by the heirs of deceased Georgian businessman Arkady Patar katsishvili borrowed more than $5 million from the Rowlands. The money was routed through one of their accounts at the bank, over objections from a senior compliance officer who described Patarkatsishvili, in emails to Jonathan Rowland and other bank executives in 2010, as an alleged criminal and his money as tainted.

The emails don’t connect Andrew to any of these clients, and it isn’t known whether the Rowlands mentioned him in the course of these dealings. A Buckingham Palace spokeswoman, regarding the prince’s former role of special trade representative, says that “the aim, and that of his office, was to promote Britain and British interests overseas, not the interests of individuals.” She didn’t respond to specific questions about his relationship with the Rowlands or Banque Havilland.

A spokesman for the bank says that none of its current or former clients had been introduced or referred by Prince Andrew, that it had never employed him, and that he was never “a paid advisor or ambassador.” The spokesman also says that “compliance with legal and regulatory requirements are the foremost priority” and that the bank had “never extended a loan where it has received the explicit objection to proceed of its compliance officers.” David Rowland declined to comment. Jonathan, now a non-executive director of a small bank in the U.K., said in an email that he has never been censured or criticized by a regulatory body, and that he has been approved by U.K. regulators to be a director and owner of a bank.

The prince and the financier were an odd pair. David Rowland is 75, the son of a London scrap-metal dealer. He dropped out of school at 16. Short and barrel-chested, with a near-permanent scowl, he peppers his speech with expletives. He’s said he made his first million pounds in his 20s, buying and selling real estate. He moved on to shipping, timber, and chemicals, eventually setting up a company called Blackfish Capital Management, which he claimed managed $1 billion of his own money and that of his friends.