A Different Kind Of Inflation Problem 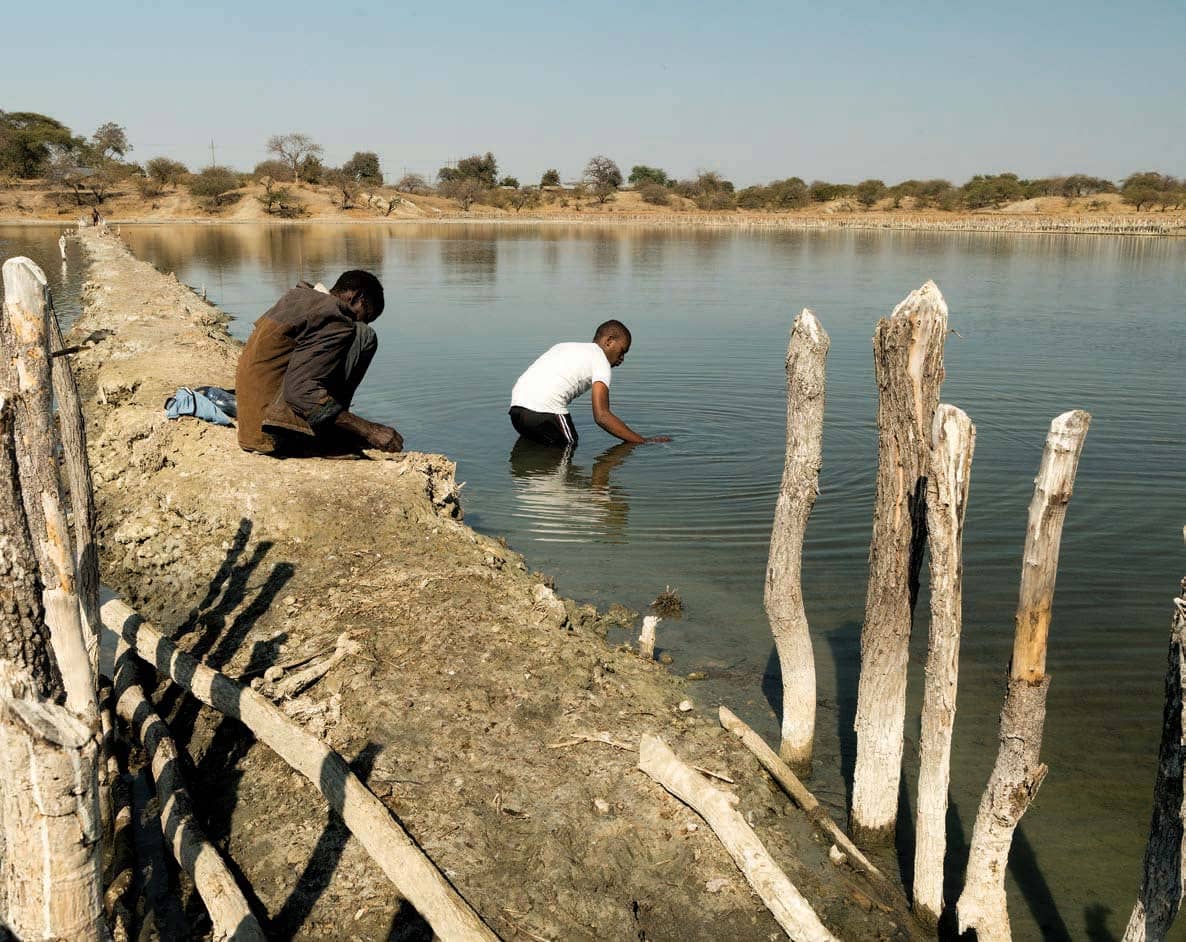 The world’s helium stores are running low. Prices are soaring, and it’s not just party balloons at risk of going unfilled. Two geologists say they’ve stumbled on a supply that could transform a whole country.

If Josh Bluett and his pal Thomas Abraham-James hadn’t run out of things to talk about during a road trip, they might never have read the six pages that changed their lives. Bluett and Abraham-James are Australian geologists and onetime housemates in Brisbane who’d been hunting precious metals and fossil fuels for mining and energy companies. By November 2013, Abraham-James was living in Tanzania, looking for gold and copper, and he invited Bluett for a visit. “I was having a great time—this was proper exploration,” AbrahamJames recalls. “I told him, ‘You’ve got to come experience this place.’

”During the long drive from the city of Dar es Salaam to one of the sites where Abraham-James’s company was prospecting for gold, Bluett found in the back of the car a government published book, Industrial Minerals in Tanzania: An Investor’s Guide. Inside were summaries of old reports identifying deposits around the country, and some numbers concerning helium caught Bluett’s eye. While conducting geological analyses for his employer a couple of years earlier, he’d gained some experience spotting caches of the universe’s second-most abundant element, which has lately been in short supply here on Earth.

Most of humankind’s helium comes from the U.S. and Qatar, and technical or political factors can severely constrict the market almost overnight. A colorless, odorless gas, it can be found trapped in liquid form in ground water, brine, and lakes; in mineral ores, coal formations, and fields of natural gas; and in sediments of the tropical oceans or sheets of ice. But it’s so light that it’s elusive. If not tightly contained, it escapes not only its container but also Earth’s atmosphere. Recycling is possible but difficult. For all intents and purposes, helium is a non-renewable resource, one that’s growing steadily more valuable to all kinds of engineers and research scientists. And no one had ever extracted helium for its own sake.

In a typical mine where it can be profitably separated from the methane and other gases it’s bound up with, helium concentration stands at about 2%. According to the Investor’s Guide, the hot springs in southwestern Tanzania were spitting out gas with 5% to 15% helium in it. “I thought someone wrote it down wrong,” Bluett says, “that the decimal was in the wrong spot or something.” If the numbers were right, he and his former housemate had stumbled onto something better than a gold mine.

“At that point we said, ‘Let’s forget about the gold and go to the Geological Survey in the capital and find the original reports,’ ” Abraham-James says. In one of the low buildings in Dodoma, behind a chain-link fence topped with barbed wire, they dusted offa 1956 paper by British geologist T.C. James. He’d analyzed gases naturally occurring around Tanzania, then a British territory known as Tanganyika, and found helium concentrations in the country’s hot springs as high as 17.9%.

Soon after, Abraham-James pitched his employer on a play for Tanzanian helium. The company declined; its focus was on metals. Abraham-James and Bluett quit their jobs.

The U.S. government started to develop a huge store of helium at a processing plant in Texas about a century ago. The feds were hoping to use it in zeppelin-style airships, which were seen as the future of transportation until the Hindenburg scattered that idea into a million burning pieces over New Jersey in 1937. The space program later became the justification for the reserve, but in 1996, Congress, in its infinite wisdom, decided the government ought to get out of the helium business. It ordered the Texas facility’s operator, the U.S. Bureau of Land Management, or BLM, to sell off much of the gas by 2015, with the idea that private industry would make up the difference by then.

That last part didn’t happen, so there was little to help helium heads when the BLM, which had long charged below-market rates, started bumping up the price as mandated by the 1996 legislation. The increases were unpredictable, according to 2012 Senate testimony from David Joyner, president of refiner-retailer Air Liquide Helium America Inc. The agency also started tacking on fees.

Among the key uses for helium today are arc welding, chromatography, medical lasers, optical fiber, intercontinental ballistic missiles, and space travel. The Large Hadron Collider, the particle accelerator outside Geneva wrestling with the biggest questions of physics, needs 120 metric tons of helium a week to keep running. Because helium is superconductive, meaning it can transmit electricity basically forever, it’s ideal for semiconductor manufacturing. Every MRI machine in the world bathes its magnetic coils in liquid helium to prevent overheating. This is possible because helium boils—that is, turns into a gas—at a lower temperature than any other element: –452.1F. Liquid helium is so cold, it’s the first choice when researchers want to chill something at the South Pole.