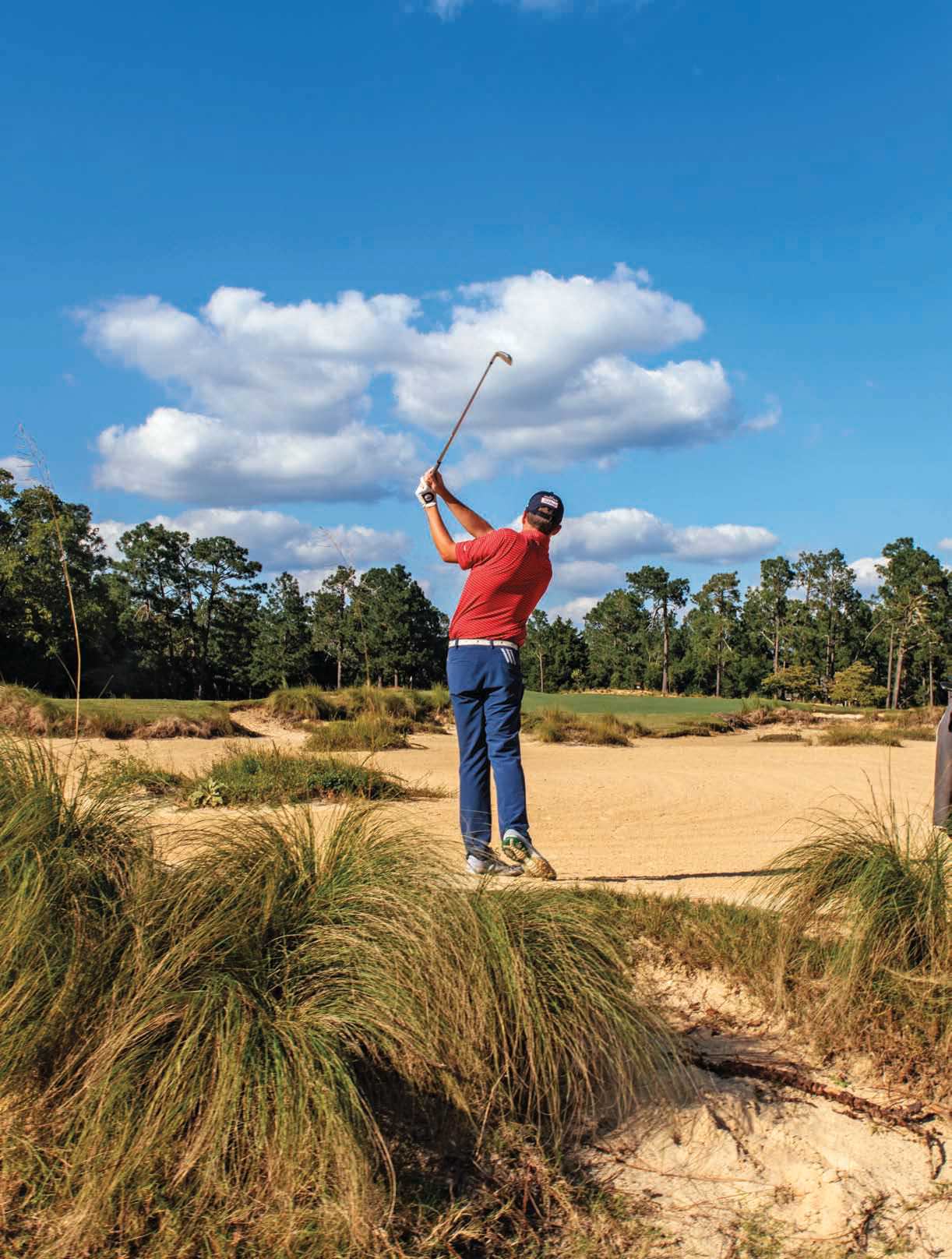 At Pinehurst, the birthplace of golf in America, natural is the name of the game.

Gil Hanse was confused. He was standing in the fairway on the 18th hole of the No. 4 course at Pinehurst Resort in North Carolina and looking toward the clubhouse. From the topography maps he’d studied, he knew the previous architect had raised the ground here 6 feet. He turned to Bob Farren, the head super intendent, and asked, “Why the hell would he do that?”

Hanse is the hottest architect in golf. A student and practitioner of minimalism, he brings a back-to-the-land approach to course design. Known for being one of the few architects who still regularly climbs aboard a bulldozer, Hanse has become almost a household name for his work on the 2016 Olympic course in Rio de Janeiro and his appearances on U.S. Open telecasts during the past four years. Hanse’s claim to fame are inventive, striking designs including those at Boston Golf Club and Castle Stuart Golf Links in Scotland. Last year his Black course at Streamsong Resort in Florida was named the best new course in the U.S. by Golf magazine, and he’s been busy renovating a number of the country’s premier championship links, including Merion and Winged Foot.

He’s been everywhere and seen a lot, but Hanse couldn’t figure out the rationale for raising golfers 6 feet for their second shot, playing into the green.

Farren knew why. “I was there when it was done,” he tells me later. “The idea was so you could see the arches of the clubhouse as you readied to hit your shot.” Farren, a silver-haired West Virginian, has worked at the resort for 30 years, and he’s driving me around the newly reimagined No. 4 course, pointing out the work Hanse had performed during a renovation that ended last month. The artificial height had been removed, returning the terrain, in part, to Mother Nature’s original design. “Now when you hit your shot and walk to the green, the arches will reveal themselves to you,” Farren says. The gentle rise of land gives golfers a sense of accomplishment as they approach the final green; it is, as he says, “more dramatic this way.”

One of the key things Hanse has done to No. 4, which opened on time despite the barrage of rain from Hurricane Florence, is to introduce more drama to the course with natural sand and brush—not the overly manicured, heavily sprinklered look you often see on TV.

No. 4 is memorable, but it’s not the resort’s most famous course. That’s No. 2, which has hosted Ben Hogan, Arnold Palmer, Jack Nicklaus, and other legends and more significant championships than any other course in the U.S. It’s also primarily flat. No. 4, on the other hand, moves between ridges and natural valleys, and its greens sit on high ground. It looks much like it would have when it was first designed at the turn of the 20th century by Donald Ross, a venerable Scot who did more than anyone else to introduce golf to the American public.