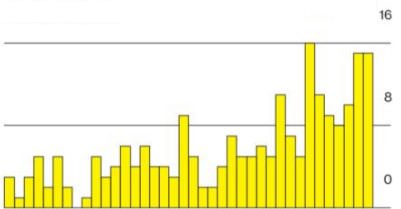 The year 2017 turned out to be a big test for one of the odder financial assets on the market: catastrophe bonds. They’re essentially a way for insurers to protect themselves against high costs from natural disasters—and for investors to bet on earning a steady return as long as those disasters don’t happen.

Recent hurricanes across the Atlantic are estimated to have caused more than $200 billion in damage. Through early October 2017, the U.S. was hit by 15 weather events that cost $1 billion or more each, according to the National Centers for Environmental Information. That’s one short of the record set in 2011 and doesn’t include the costs of the recent wildfires in California. By and large, the $90 billion catastrophe bond market survived intact.

Investors who owned the bonds suffered losses, to be sure. The Stone Ridge Reinsurance Risk Premium Interval Fund, which owns catastrophe bonds, tumbled more than 11 percent in 2017. The Swiss Re Cat Bond Total Return Index, a widely used gauge of the market’s performance, lost more than 15 percent in one bad week, then recovered to end the year basically unchanged. The pain was a sign of health. If investors don’t take a hit in bad years, the bonds probably aren’t doing their job providing protection to the issuers.