Power In The Boardroom 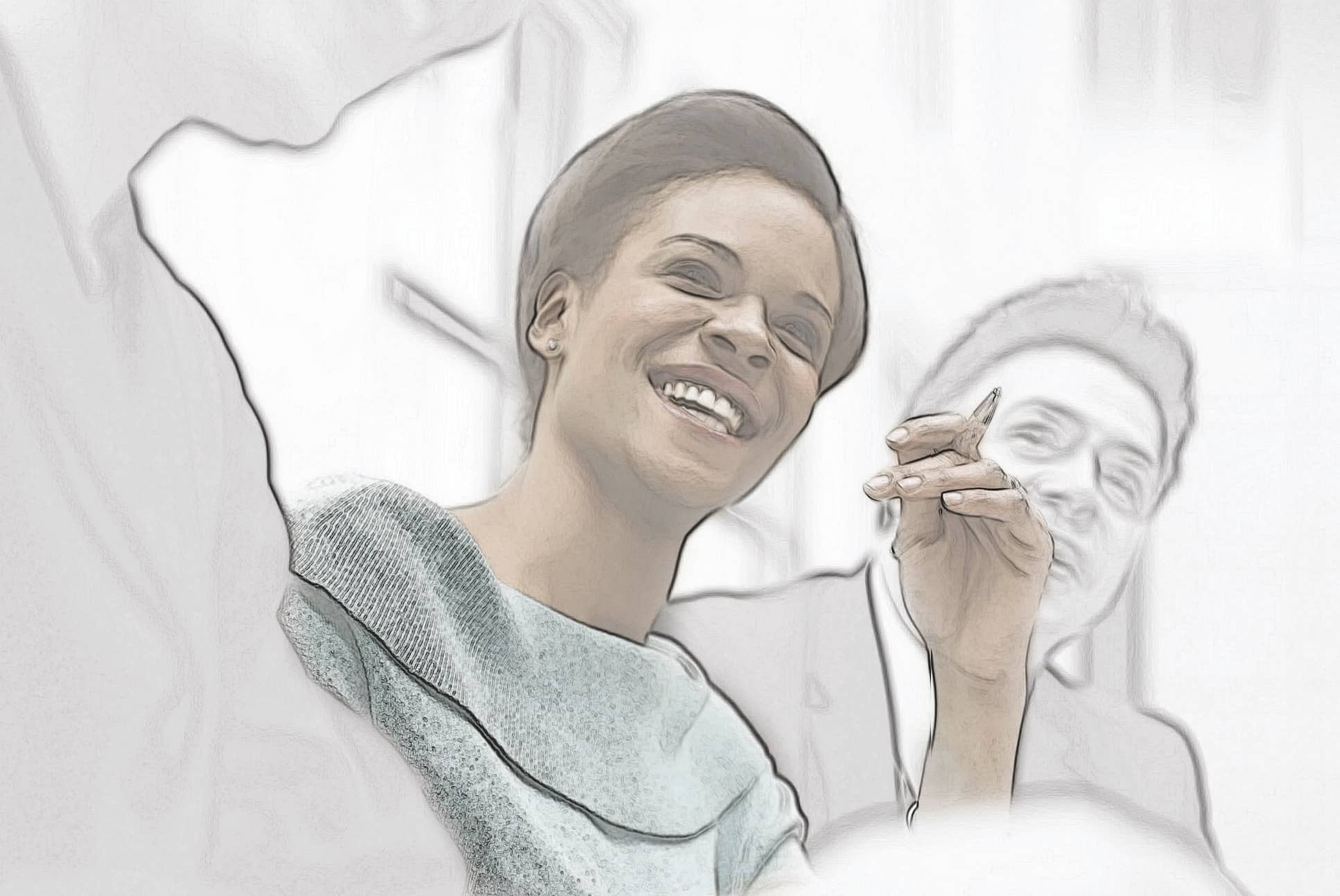 EXPANDING BLACK REPRESENTATION IN THE BOARDROOM AND THE C-SUITE REQUIRES ADVOCACY, STRATEGY, AND POSSIBLY, LEGISLATION. TO MEMBERS OF OUR B.E. REGISTRY OF CORPORATE DIRECTORS, HOWEVER, THE DETERMINING FACTOR COMES DOWN TO LEADERSHIP.

FOR THE PAST SEVEN YEARS, BLACK ENTERPRISE HAS produced our annual Power in the Boardroom report, examining black representation and participation in corporate governance at the nation’s largest publicly traded corporations. As such, we have focused on companies that comprise the entire universe of the Standard & Poor’s 500 to gain a complete and comprehensive picture of corporate diversity and inclusion at the highest level.

Our raison d’être, for the most part, has been to ensure our audience members—like you—have a full understanding of the significance of blacks populating these governing bodies. As Arnold Donald, a B.E. Registry member who serves as president and CEO of Carnival Corp. & plc and corporate director of Bank of America, told BLACK ENTERPRISE: “The reason diversity matters is that if they’re shareholders or investors, you want the company to be successful over time. Diversity does matter when it comes to results. Secondly, communities thrive when businesses thrive. Any community that’s had a major business fail knows it affects everything—quality of life, education, arts, recreation, you name it. And then the third reason is one of social justice. You don’t want anybody being disenfranchised, feeling like they don’t have the opportunity.”

Opportunity is the byproduct of corporate policies and practices related to hiring, training, and promotion of employees; procurement of suppliers; and philanthropic giving to charities and causes. So if you care about jobs for African Americans, contracts for black-owned firms, or the allocation of dollars to support nonprofits in communities of color, then you must care about board diversity.

The essential driver is leadership. Board members play the most critical role in the evaluation and selection of the chief executive. Think of them as the boss’ boss. As such, this function has gained greater urgency as corporate America continues to grapple with the embarrassingly vexing problem of lack of melanin among CEOs and C-suite executives in line for succession to the top spot. The Executive Leadership Council, the preeminent organization of black senior executives, continues to be on the front lines of this battle and now the Congressional Black Caucus has joined the fight.

That’s why board leadership is equally important. be found 20 black chairmen and lead directors on the boards of the S&P 500. The upshot became evident when Jide Zeitlin, B.E. Registry member and chairman of the board of Tapestry Inc. was recently named CEO of the company, which houses luxury and lifestyle brands such as Coach, Kate Spade, and Stuart Weitzman. Zeitlin, a corporate director since 2006 and the chair since 2014, now represents one of seven black S&P 500 CEOs.

Corporate leadership is a major focus in our exploration of the advancement of blacks to board and C-suite positions. This report also includes our analysis of the unprecedented gains of white women in corporate governance as blacks and other people of color lag as well as state and federal legislative action as a means of correcting racial imbalance in the boardroom.

Here’s the configuration of this year’s B.E. Registry: There are 322 black corporate directors at 307 companies versus 308 at 316 corporations last year. Our editorial research team also discovered that 187 S&P 500 companies or 37%, did not have a single blackboard member in 2019 – a 2 percentage point improvement from 2018.

There has been an encouraging trend reversal related to board diversity at some of the nation’s largest tech companies though. For example, black corporate directors were absent from Amazon, Apple, eBay, Facebook, Alphabet Inc. (then Google), Hewlett Packard Co., and Netflix just six years ago. Today, these companies all have blacks on their boards. Facebook, Alphabet, and the reconstituted HP Inc. each have two African Americans with seats at the boardroom table. However, tech leviathans such as Cisco, Oracle, and Intuit still refuse to include blacks in corporate governance.

Linda Gooden, retired executive vice president for Lockheed Martin’s Information Systems & Global Solutions, says: “Many of the tech companies, particularly in Silicon Valley, are working diligently to address the diversity issue. This trend will continue because the demographics of the nation and the composition of the workforce is rapidly changing along many dimensions and the likely business stakeholders—customers, shareholders, and employees—are becoming increasingly diverse.”

Debra Lee, the former chairman & CEO of BET Networks who served on the board of Twitter, maintains that “there are signs of progress. I think we need to keep the pressure on boards and keep reminding them that this is important.” In fact, when Lee left the board of the social media giant, she ensured that her replacement would be a black woman: Ngozi Okonjo-Iweala, a senior advisor to the global asset management firm Lazard Ltd. and former Minister of Finance for Nigeria. This is Okonjo-Iweala’s first year as a member of the B.E. Registry.

Recent developments confirm there has been a greater emphasis on gender diversity than on racial inclusion in the boardroom. For instance, the S&P 500 recently reported that women can be found on the board of all index companies. And California became the first state to require publicly held corporations to include women on their boards; according to the law, companies must have a minimum of two or three women, depending on the size of their boards, by 2021 or risk being fined $100,000 for a first violation and $300,000 for a second. California State Treasurer Fiona Ma has been so committed to “shattering this glass ceiling” and getting companies to comply with the statute that she created a registry for potential female board members to share information with corporations and engage in candidate–board matchmaking. Now, four other states— Maryland, Colorado, Massachusetts, and Pennsylvania—are considering similar gender-specific diversity legislation.

B.E. Registry member Peggy Alford, senior vice president of core markets at PayPal Holdings Inc., a digital payments company, weighed in on recent developments. In May 2019, Alford was appointed to the board of Facebook Inc. (Kenneth Chenault, former chairman and CEO of American Express, is the other African American on the board) and also has a seat on the governing board of Macerich Co., one of the nation’s largest owners and operators of shopping centers. “I’m no lawyer, but I believe the legislation would have to happen on the state level as opposed to mandating something federally, whether it was related to gender or race,” she says.

Alford cites several factors on why there hasn’t been similar progress related to racial board diversity. For one, state legislative action focused on gender diversity, she says, is a direct result of pressure applied by institutional shareholders, and equivalent demands haven’t been made on the racial front.

Secondly, she maintains that most board referrals are driven by relationships and target C-suite executives, and more white female executives have been elevated to top corporate echelons than African Americans and people of color. As a result, black candidates, for the most part, have not been placed in the board pipeline.

So can racial diversity on boards be driven by government fiat? Some new local and federal measures seek to test this premise. For instance, one proposed legislative remedy that at least takes aim at racial board composition is a bill recently passed by the Illinois General Assembly directing publicly held companies to place a woman as well as an African American and a LatinX on governing bodies by year’s end. To buttress this action, the secretary of state’s office will publish an annual corporate board diversity report and levy a fine against noncompliant corporations.

On the federal level, the House Financial Services Committee, chaired by Rep. Maxine Waters (D-CA), approved two such bills with bipartisan support. Rep. Gregory Meeks, a New York Democrat and CBC member, introduced the “Improving Corporate Governance Through Diversity Act of 2019,” requiring public companies to publish data annually in their proxy statements on the racial, ethnic, and gender configuration of their boards, nominee slates, and executive officers. “I commend California for recognizing the need to address the lack of diversity on corporate boards, acting to make the highest levels of corporate America more reflective of the nation as a whole. While its legislation addresses the lack of women represented in the C-suites and boardrooms, minorities and people of color are significantly underrepresented as well,” Meeks told me via email. “My legislation in Congress would require companies to disclose publicly whether those top positions include women, people of color, and veterans. Not only is transparency good for the public, but it is also good for investors looking to determine which companies are recognizing the value diversity brings to corporate decision making.”

Another measure, “The Diversity in Corporate Leadership Act of 2019,” was sponsored by Rep. Carolyn Maloney (D-NY), chair of the U.S. House Subcommittee on Investor Protection, Entrepreneurship, and Capital Markets. It mandates the Securities and Exchange Commission to establish a Diversity Advisory Group to study and make recommendations on strategies to increase racial, ethnic, and gender diversity among corporate boards and provide full disclosure to shareholders.

The HR Policy Association reports that both pieces of legislation received strong praise from members of both sides of the aisle with Diversity and Inclusion Subcommittee Chair Rep. Joyce Beatty (D-OH), another CBC member, citing that “leaders set the tone” and that her conversations with corporate heads continue to reveal many companies with nonexistent diversity and “no plan to get there,” prompting the need for legislative initiatives. While Rep. Andy Barr (R-KY) advocates collapsing the “duplicative and inconsistent legislation” into a single bill, Beatty maintained that both bills don’t conflict with one another and should be enacted into law.

Another encouraging model comes from the Midwest Investor Diversity Initiative, a group of 11 pension and union funds with a collective $750 billion in assets. The Initiative, which includes the Illinois State Treasurer’s Office, United Auto Workers Retiree Medical Benefits Trust, and Ohio Public Employees Retirement System, has convinced 24 companies in Illinois, Michigan, Ohio, Indiana, Minnesota, and Wisconsin to adopt practices that resemble the NFL’s “Rooney Rule” in stressing the inclusion of people of color for directorship consideration. According to recently released data, 10 boards have already added new diverse members as part of the process. The significance of such an alliance is the fact that public pension funds include significant investment dollars from African American workers. “We’re really one of the first investor coalitions in the country to include race and ethnicity in the push for companies to increase and enhance board diversity,” Meredith Miller, chief corporate governance officer for the $61 billion UAW fund, told Crain’s Detroit Business.

CREATING A PIPELINE TO THE C-SUITE

In order to make progress, Alford contends boards will need to continue to take intentional action to expand the pool of minority candidates by considering a broader set of professional networks. In addition, as the numbers grow, there will be more opportunities for minority board members to recommend minority colleagues for such opportunities that come their way. Based on her experience, the greatest difficulty has been obtaining that first board seat: “After you serve on a board, more companies learn about you and demonstrate an interest in talking to you about available opportunities that you may not have the capacity to consider, which creates an opportunity to recommend other equally qualified candidates.”