The nation’s largest black-owned businesses, in sectors including manufacturing, construction, automotive, and financial services, have applied transformative strategies and sustainable models in a tech-driven, competitive world

The BE 100s—the nation’s largest black-owned businesses—are engaging in the same tech transformations and generational shifts that have marked today’s changing business landscape.

Take the transaction led by Eric Kelly, the Silicon Valley heavyweight that black enterprise has identified as one of the top tech influencers. In November 2018, Kelly, through a management-led buyout, acquired Overland Tandberg from Sphere3D, a publicly traded NASDAQ company. The San Jose, California-based data management and protection powerhouse has emerged as a newcomer on the top 100 list, making its debut at No. 56 with $67 million in revenues. Another tech innovator, San Francisco-based online legal services trailblazer Rocket Lawyer (No. 60 on the top 100 with $60 million in revenues), has launched a new product called Rocket Wallet that uses blockchain applications for contract execution.

Both companies represent the rising number of technology companies powering the top 100. Their presence also signals multiple trends that are reshaping the industrial and managerial configuration of the nation’s largest black-owned businesses. Many firms among this year’s be 100s produced solid revenue growth. Others, however, proved less fortunate, wrestling with issues such as diminished cash flow, eroding market share, and tougher competition. Yet most have displayed canny resilience to succeed in an increasingly unpredictable environment.

In other words, the be 100s continue to demonstrate forward momentum.

The next generation of entrepreneurial leadership has also become apparent. That is evident with the recent changes at be 100s mainstays like James Group International in Detroit and C.D. Moody Construction in Atlanta. Another trend has less to do with the bottom line rather than a much-needed focus on community advancement and managerial pipeline development. 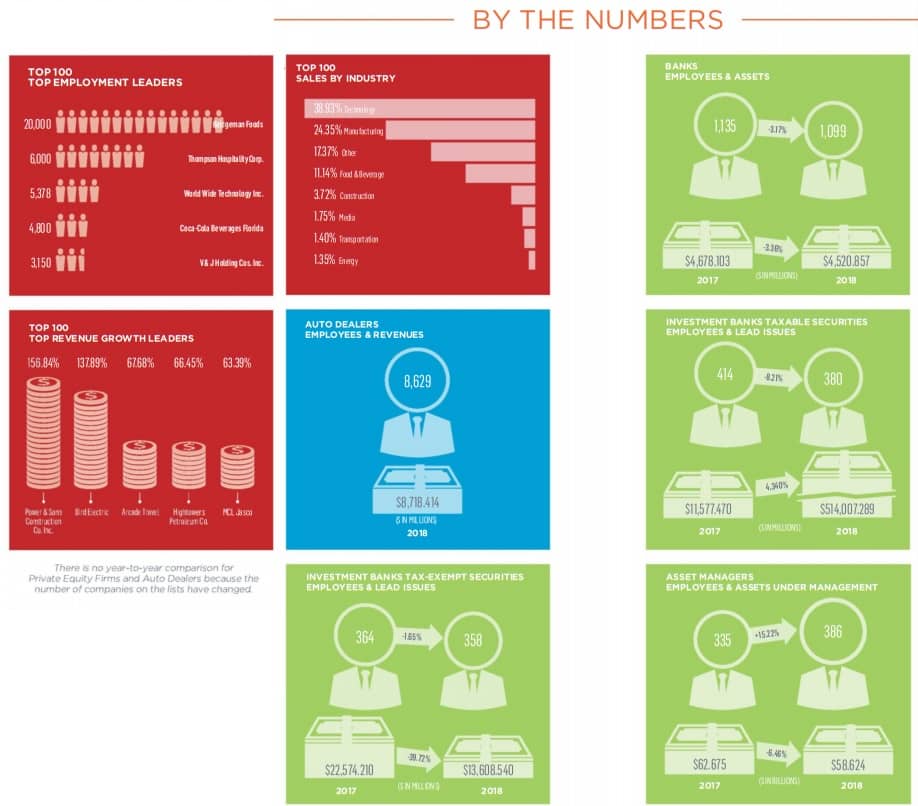 A company must be at least 51% black-owned and have been fully operational for the previous calendar year. Companies listed must manufacture or own the products they sell or provide industrial or consumer services. (Brokerages, real estate firms, and firms that provide professional services, such as accounting firms and law offices, are not eligible.)

An auto dealership must be at least 51% black-owned and have been fully operational for the previous calendar year.

Financial ranking is based on total assets as of Dec. 31.

Financial ranking is based on total dollar amount of lead issues (including co-lead issues) derived from the underwriting of municipal bonds or corporate bonds and equities.

Financial ranking is based on total dollar amount of managed assets derived from equities, fixed-income, and tax-exempt investments, real estate, and cash.

Financial ranking is based on total managed capital as of Dec. 31. 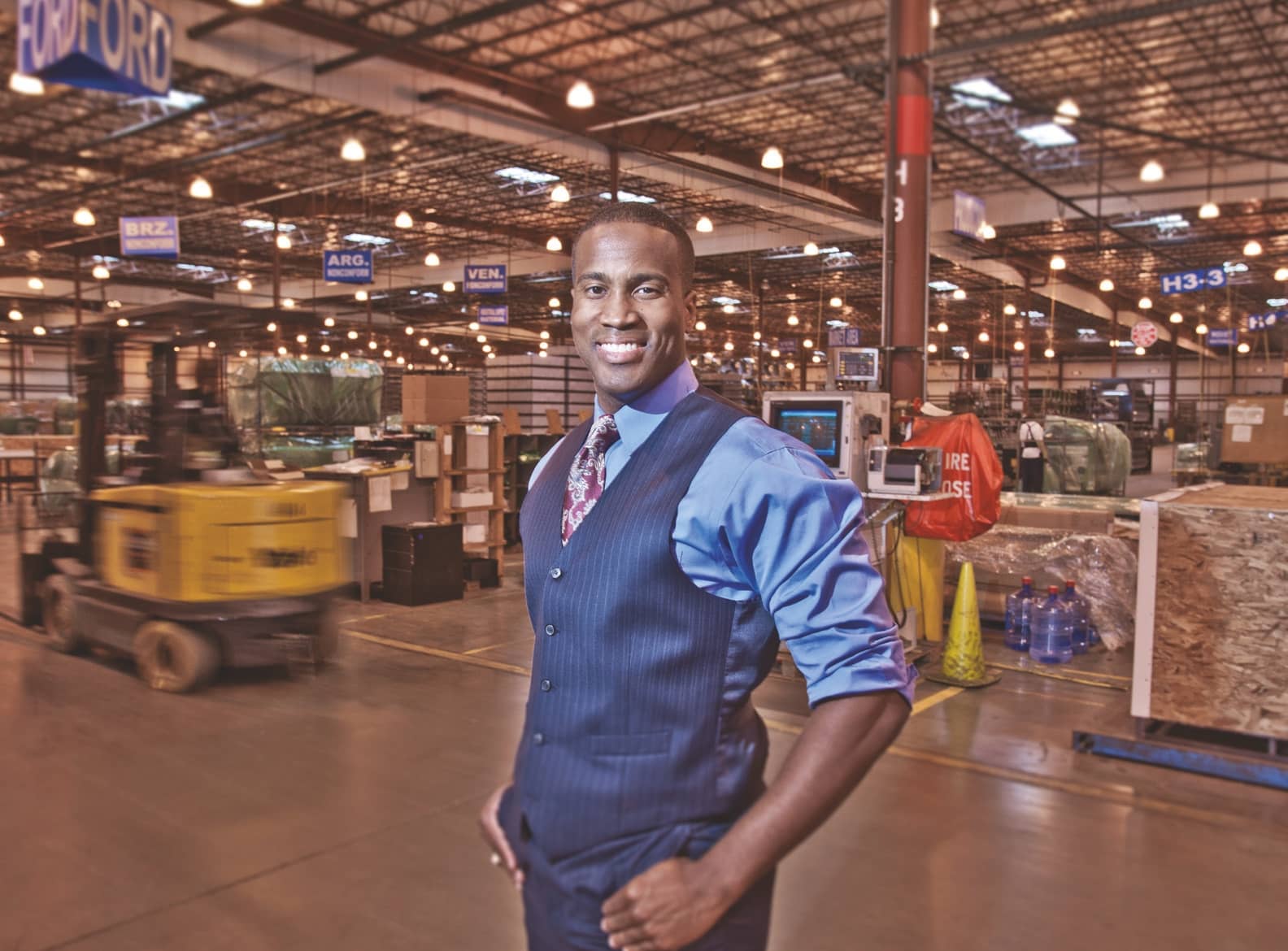 There has been “a tremendous rise” in impact investing among black businesses, asserts Kenneth L. Harris, president and CEO of the 119-year-old National Business League. A notable example: Robert F. Smith, founder, chairman, and CEO of Vista Equity Partners (No. 1 on the be private equity firms list with $46 billion in capital under management), recently pledged to pay off student loans for Morehouse College’s 2019 graduating class, a gift estimated at $40 million. Harris says Smith also announced a new paid internship program for students of color, InternX, which will guarantee paid internships in STEM fields for 1,000 ethnically underrepresented students.

“Black CEOs and business owners are finding innovative, but measurable ways to make a significant impact in their communities by giving to causes that will make it much easier for the next generation to succeed,” Harris says.

Representing next-gen leadership, Lorron James contends his No.1 customers are the people who work for him at James Group International (No. 30 on the top 100 with $138 million in revenues). As such, he is a believer in empowering each staff member and providing them with whatever resources they need to do their jobs the most effectively and efficiently. “My philosophy as a servant leader isn’t to hire smart people just so I can tell them what to do,” he says. “They are the subject matter experts and I work for them.”

James, 36, was appointed in 2018 as CEO of JGI, the Detroit-based holding company. The company’s founder, John A. James, turned over the reins to Lorron and his brother, John E. James, 38 (pictured above on the factory floor), an Army veteran who serves as president of JGI and who ran as a Republican nominee for U.S. Senate in 2018 and lost by a narrow margin (he will run again for the U.S. Senate in 2020). As for the elder James, he remains active as board chairman.

A be 100s mainstay, JGI has entered its second generation of management and keeps upgrading its business model. Launched by John A. James in 1971, the company has transformed over the years from a trucking operation into a full-fledged supply chain management company that includes two divisions: