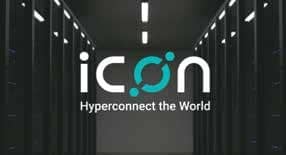 South Korea has been an early adopter of blockchain for non-cryptocurrency uses:

South Korea has been a key adopter of blockchain technology quite early with industries such as finance, health and logistics pursuing projects based on the technology to improve operational efficiency. In fact, there have been multiple blockchain-related activities, including Korea Blockchain Week, where discussions were held on key benefits of the technology and how it can make related systems more efficiency and interactive. Besides, the government has been proactive in promoting research in this domain and has provided tax credit for expenses incurred on account of research and development. It had passed an amendment to the existing law in early 2019 to this effect.

The South Korean government had evolved a blockchain technology development strategy way back in 2018, under which the ministry of science and technology initiated a training program for young scientists in blockchain technology. The government has also made an initial investment of $90 million for assisting efforts in polarizing the technology. Another initiative is the investment of $9 million to promote 6 blockchain project pilots which will be carried out by the country’s ministry of science and ICT along with government agencies.