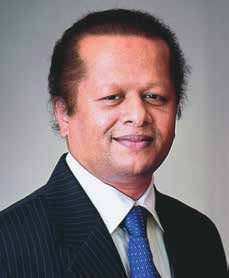 Future Generali India Life Insurance Co began its digital journey about 4 years ago and today it is perceived as a leader in digitization among insurance companies. It has become a serverless organization, all its operational systems are hosted on the cloud and it is now vying to onboard a customer in just 15 minutes. What is the sort of technology infrastructure the company has come to set up?

“We decided on 3 factors which we thought will drive the infrastructure agility in the company,” says Byju Joseph, CTO. “One is the changing consumer behavior today, the second is the new insuretechs that have come into the market and the third is the connected ecosystem across the financial services industry. We believe without these 3 factors, we cannot create a technology infrastructure. So, we started our journey of what I would describe as a welding of a digital ecosystem about 4 years ago. The company was in operation for 6 years then. We found that the consumer behavior has changed, the business model has transformed, and there is a need for a connected ecosystem to carry on operations. So, we realized we need to transform digitally and that is the time we started on a full-fledged digitization drive.”

NO CHANGE IN CORE4

The company consciously decided not to change the core insurance system it had. What it did was to add spaghetti systems around the core - APIs essentially. That meant innovations in digitization were just around the core. The APIs were strategic enablers. It handled the transformation in a unique way. It created a system of records and a system of engagements, connecting the 2 through an enterprise service bus.

While digitization has happened in banks in a big way, the insurance sector has been slightly lagging. Is Future Generali an exception?