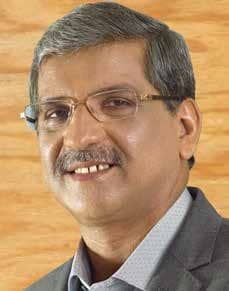 Falling interest rates and increasing desire to save are creating a flurry of trends in different segments:

There were major changes in the saving patterns of the bank customers in the last 3 years in view of increasing consumerism. Now COVID has influenced this behavior.

Paul Thomas, MD, and CEO of ESAF Small Finance Bank believes that consumerism has been peaking in the last few years, despite some setbacks like demonetization and the Kerala floods. As a result, savings habit has been a bit sluggish, especially following the growth in the capital market and consumer loans. “But the current developments”, says he, “may instill the savings habit back in consumers for some time, as the need for emergency funds is pretty evident now.”

Jayeshbhai Radadiya, chairman, Shri Rajkot District Cooperative Ban, echoes a similar view. He says on analyzing the deposit data of the last 3 years, saving patterns among the bank’s customers seem to have changed. “Customers are keeping their savings in term deposits to earn better interest,” he says.

Virat Diwanji, group president – Retail Liabilities & Branch Banking at Kotak Mahindra Bank, has some interesting facts: “In FY 2019-20, as many as 4.4 million Kotak 811 accounts were opened and these accounts continue to be opened in April and May 2020 during the lockdown. In May alone some 14,000 accounts were opened per day. And out savings deposits have crossed the Ì€ 1 trillion mark as of 31 March 2020. In Q4FY2019-20, the share of recurring deposits sourced digitally was 93% and that of term deposits 80%.”

Between FY2014 and FY2019, there has been a 2 percentage point decline in household savings. According to Prithviraj Srinivas, chief economist at Axis Capital, this is a consumerism phase and during this period while nominal disposable income growth has slowed but in real terms (net of CPI inflation), disposable income growth has actually picked up speed. “This should have ideally supported savings rate to either remain constant or improve. However, due to drastic decline in return from savings and investments, we have seen a shift up in the propensity to consume, and hence the fall in savings rate,” he explains. 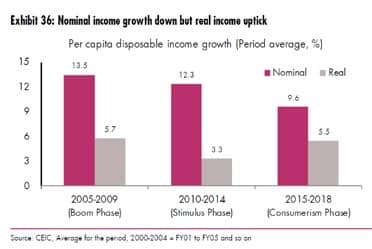