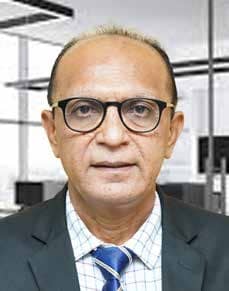 Bank of Baroda post-amalgamation has 5459 branches in rural and semi-urban centres out of a total 9481 branches pan-India. The bank has been actively engaged in financing the agriculture sector, which has grown by 7.56% in 2019-20 with total outstanding of ₹ 894.57 billion. The agriculture segment consists of SHGs, gold loan and KCC portfolios and these have registered a yoy growth of 33%, 20.3% and 8% respectively during the financial year.

Rohit Patel, Chief General Manager, Rural & Agri Banking, says the yoy growth in agri segment and gold loan portfolio is highest among peer banks. Further, the bank has shown YTD growth of around 1% in Q1, 2020-21 and outstanding is ₹901.21 billion.

The total priority sector lending to ANBC of Bank of Baroda as of last FY remains 38.23% which is slightly less than the mandatory target of 40% and agriculture lending remains 16.42% to ANBC, which is again less than the mandatory 18%. Generally, the bank has been offering finance for the kharif and rabi seasons and accordingly it has been allocating targets to its operating units, considering various factors like previous trends, potentiality etc.

Says Patel: “This is the first year of the amalgamation, so more focus has been given on smoothening of activities, harmonization of products and processes due to which we are not able to achieve the mandatory targets. But both these figures have increased to 40.27% and 18.11% respectively. So, we have achieved major mandatory targets as of the first quarter of the current FY.”