Estonia - the land of the KSI Blockchain 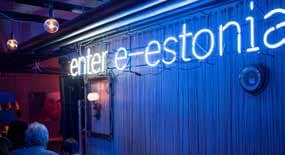 Estonia is a country described as the most advanced digital society and even envied by former US President Barack Obama:

Forbes magazine described Estonia, the North European country once part of the erstwhile Soviet Union, ‘The most advanced digital society in the world’ and former US President Barack Obama remarked: ‘I should have called the Estonians when we were setting up our health care website.’ These are no exaggerations for Estonia, which includes some 1500 islands, several churches, and castles but a population that is hardly religious has a government that is totally ‘virtual, blockchain and secure’. As much as 99% of services in the country are online and 100% of government data is stored on a blockchain ledger system. Healthcare, property, business, court systems, even official state announcements are digital. The country is years ahead of its time pioneering an e-residency program, believing that countries in the future will compete for e-residents like companies for customers.

Today, Estonians can cast their votes using laptops and counter a traffic ticket from their homes using what is described as a ‘ónce only policy’. Similarly, doctors can access medical data about their patients online and the patients do not have to explain their ailments. The system is based on a chip-ID card that every citizen has, which cuts down repetitive, long-winding, and time-consuming processes and also provides digital access to all of the country’s e-services. Virtually all bureaucratic processes can be done online. The country is saving over 1400 years of working time and 2% of GDP annually through its digitized public services.