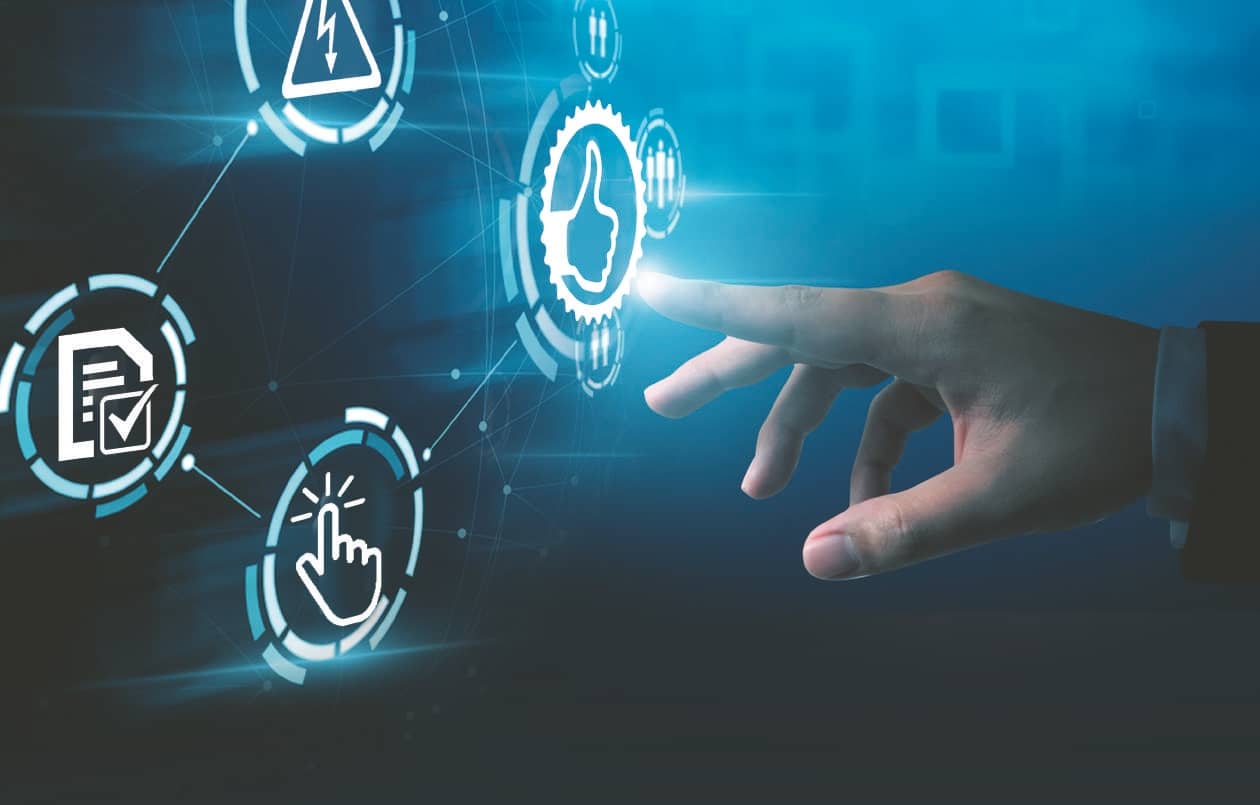 Indian banks are readying to adopt blockchain, which in its matured format, is expected to change the face of banking:

One of the most discussed topics in the financial services industry today is blockchain. When it becomes a fully mature technology, it is expected that banks will be able to process payments almost real time, absolutely accurately and reduce transaction processing costs. It has been found that the technology can keep track of transactions, track ownership, become a reliable and tamper-proof source of information about almost any type of property, create smart contracts and when combined with open banking, lead to faster, automated lending decisions in a marketplace, promote and facilitate financial inclusion in a more efficient manner and control and eliminate frauds. However, what we today know about blockchain is very limited compared to the scope it has, especially in areas other than banking, like in regulation, privacy, data protection etc.

For banks to be making use of its true potential, there is need to build a right infrastructure - and a rugged network. More than this, there is the vital requirement for all the stakeholders to define and establish rules of engagement.

“One of the most talked-about topics in the financial services industry today is blockchain banking and when fully adopted, it will enable banks to process payments more quickly and more accurately while reducing transaction processing costs,” says Sunita Handa, Chief General Manager (IT - Channels & Operations), State Bank of India. “However, to capitalize on this potential, banks need to build the infrastructure required to create and operate a truly global network using solutions based on this transformative technology,” she adds.

She elaborates: “It is believed that as real time, open source and trusted platforms that securely transmit data and value, blockchain can help banks not only reduce the cost of processing transactions, but also create new products and services that can generate new revenue streams. The biggest key to turning blockchain’s potential into reality is a collaborative effort among banks to create the network necessary to support global payments. Banks need to look at the bigger picture and work together and with nonbanks to help define the backbone that can underpin a universally accepted, ubiquitous global payment system that can transform how banks execute transactions. In other words, ‘The technology will only work if everyone adopts it. It has to be all or nothing’.”

Blockchain technology will have a direct impact on reducing operational costs and improving efficiencies by reducing manual processes and friction in day-to-day trade finance, digital identities and crossborder payments, emphasizes Monish Shah, partner, Deloitte Touche Tohmatsu India. It also enables a move away from paper-based to blockchain-stored transaction records, which can facilitate expansion to underserved markets such as small and medium enterprises while transforming online and international payments processes, he points out adding: “Its distributed ledger technology, smart contracts, security, built-in governance and control capabilities give institutions real-time access to trade finance data and information. This helps mitigate risk, eliminate wait time and increase transparency. For example, the main pain point in trade finance is ensuring authenticity of documents like letters of credit. By using blockchain, the process not only goes digital, but cross border payments also have a lower probability of getting halted due to authenticity issues.”

He is of the view that Indian Banks should consider making the switch to blockchain to remain competitive and keep future ready. “With an increasing number of fintechs entering this space, it is more important than ever for banks to continue to innovate and adopt new technologies. Banks can also alternatively look at partnering with established blockchain fintechs to collaborate through a win-win partnership,” says he.

Shah is confident that blockchain will also lead to digitization of banking processes, automated reconciliation and near real-time processing, instead of current batch-level processing. The technology also ensures authenticity through hash encryptions and mining, which significantly reduces risks and increases process controls.

Asit Oberoi, senior group president & global head, Transaction Banking Group at Yes Bank, points out that a significant portion of a bank’s costs is utilized in building the risk control infrastructure, which requires validation and verification of records, record keeping, non-repudiation and traceability. “With the adoption of blockchain, bank’s dependency for risk control on physical infrastructure and manual intervention will reduce,” says he.

He explains that blockchain being one of the most advanced technologies, offers complete automation of workflows as per every bank’s internal requirement. This ensures that irrespective of the size and nature of the bank, there is a way to implement blockchain based services that require minimal effort and investments. These changes in operating models and infrastructure deployments greatly reduces the operating cost for the bank, which may be better utilized for further enhancing business and increasing efficiencies, he says.

“Even in the case of CP issuance over blockchain, we have observed that the solution provided a seamless workflow for the users at the client’s end by automating their day to day manual operations carried out over email and phone to raise and track CP issuances. Apart from this, by having a robust system, we as an IPA have moved to a paperless flow eliminating the need for the issuer to go to a bank branch and submit the documents for processing. Instead of the earlier 2-3 days process, now the experience has been reduced to near real time for the customer. Therefore, there is considerable increase in productivity and revenue optimization at both the bank’s and the client’s ends,” he adds.

Asit Oberoi recounts how Yes Bank for the first time in Asia facilitated digital issue of commercial paper (CP) usingâ€‹ blockchain technology with the bank acting as an issuing and paying agent for Vedanta, a natural resource conglomerate. He says market interest or penetration of the technology can be evaluated basis the interest among regulators, participants in the ecosystem and the value this technology brings in from an end customer experience.

Oberoi lists the advantages banks will have while using blockchain:

Reduced Turn-around-Time for transactions: Traditionally, financial transactions involved intermediaries like payment gateways, stock exchanges or clearing houses for completion and settlement. The involvement of multiple stakeholders increases the timeframe required for the transaction. Blockchain reduces the time taken to process a transaction.

Transparency: Blockchain shared ledger will enable parties involved to trace the transaction and its audit trails on a realtime basis. Non-repudiation and end to end traceability are key attributes that acts as enablers for banks to implement solutions on blockchain technology.

Reduced operational cost as well as increased productivity: Blockchain has the potential to reduce the involvement of intermediaries, bring in effective risk controls and reduce paperwork. These will further pull down the operational cost of the banks.

Enhanced end client service experience: Clients reap the benefit through improved TAT in end to end business processes with their bankers, since banking activities for the client are taken care through automated and digital workflows on blockchain.

Oberoi points out to the launch of Vajra, NPCI’s blockchain-based platform for interbank reconciliation and settlement, and firmly believes such initiatives from the regulators also provide a boost to the banks to explore more possible use cases. “It is only a matter of time when blockchain will translate into a norm compelling every one of the banks to come onboard. To be in line with this expected norm, banks need to start investing now to ensure they do not miss out on the next wave, which is around the corner,” advises.

Sunita Handa says operational costs, efficiency and security of a transaction are inversely proportional to the number of intermediaries or hops a transaction goes through. “Since blockchain technology is meant for dis-intermediation and direct visibility for the stake-holders, its appropriate use will definitely enhance efficiency and security and reduce the operational costs. Blockchain is a digital distributed ledger which has all the information related to the transaction. All this information is time-stamped and hence is easily trackable. Moreover, all the data is encrypted, and thus, it becomes difficult for anyone to alter or delete it. Since this information is distributed to all the nodes in the system, it becomes unalterable and immutable. The blockchain potential in financial services, therefore, needs to be exploited,” she adds.

She also maintains that banks will have the possibility to reduce the need for manual intervention in aggregating, amending and sharing data. Regulatory reporting and audit documentations could become easier, requiring less manual processing. As a result, employees could focus exclusively on value-added activities. “Reconciliation and settlement involved in various kinds of payments are clear examples of time-consuming and expensive processes that financial institutions can completely redesign by adopting blockchain technology. Financial firms may be able to keep track of the execution, clearing and settlement of transactions outside their legacy proprietary databases, without requiring the involvement of a central database management system,” she says further.

She, however, cautions that it is still an emerging technology, and there are outstanding open points related to security, regulation and scalability that need to be addressed. It may take couple of years to reach the maturity stage and become mainstream, she adds.

Prasanna Lohar, head - Digital, Innovation and Architecture at DCB Bank, describes blockchain as a unique opportunity for banks to change their lives in profound ways and unleash a set of new capabilities to transform the way “we interact and collaborate in our activities with better security and better authenticity of files”.

He says, as blockchain fosters trust among all stakeholders and minimize operational and manual overheads, it automatically eliminates the need for third parties and middlemen. It can prove a significant cost-saver. Also, as everyone gets to view a single immutable version of the ledger, cost and effort spent on documentation get reduced.

“Each bank will look for optimizing its operations and in a cheaper way, with a far lower error rate, with less resulting risks and lower capital requirement. They can reduce the need for manual intervention in aggregating, amending and sharing data, and regulatory reporting and audit documents could become easier, requiring less manual processing. As a result, employees could focus exclusively on valueadded activities rather time consuming and error prone activities,” says Lohar.

He adds that reconciliation and settlement are clear examples of timeconsuming and expensive processes that banks could completely redesign by adopting blockchain technology. Banks could be able to share a common digital representation of asset holdings and to keep track of the execution, clearing and settlement of securities transactions outside their legacy databases, without needing the involvement of a central database management system, he says.

Lohar lists 4 reasons for Indian banks to switch to blockchain: