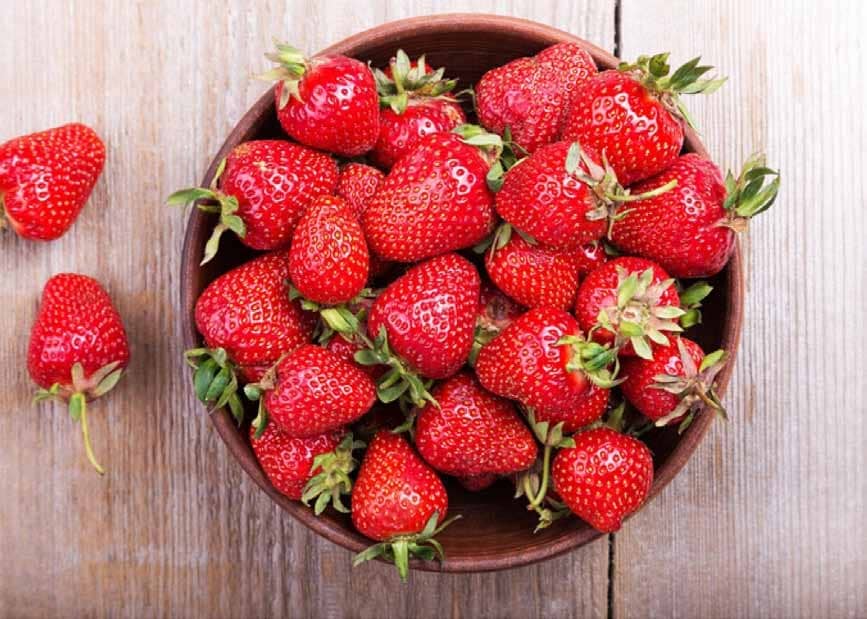 Strawberry is a red, juicy and luscious fruit, grown on strawberry plant. It has several F&B applications.

Though in popular perception strawberry is being thought of as a berry, but it is not a berry in strict botanical sense.

It is stated in Wikipedia (the fact in turn is derived from an academic source) that strawberry technically is an aggregate accessory fruit, where the fleshy part is not derived from the plant’s ovaries but from the receptacle that holds the ovaries. Each apparently looking seed on the outside of the fruit is in reality one of the ovaries of the flower. Henceforth, we would refer strawberry only in the context of fruit.

Like many other fruits, strawberry too has a rich legacy. The origin of garden strawberry can be traced to the 1750s in Britanny, France, but before this wild strawberry was cultivated. Strawberry fruit was first mentioned in ancient Roman literature, in the context of its medicinal use.

French began to harvest strawberries by taking them from the forest to their gardens, during the 14th century. Charles V from France had more than 1000 strawberry plants in his royal garden. By the mid 16th century, strawberry farming became popular in England. Strawberry’s cultivation in Europe gained some momentum by the end of the 16th century.