Opportunities And Challenges In The Aviation Sector 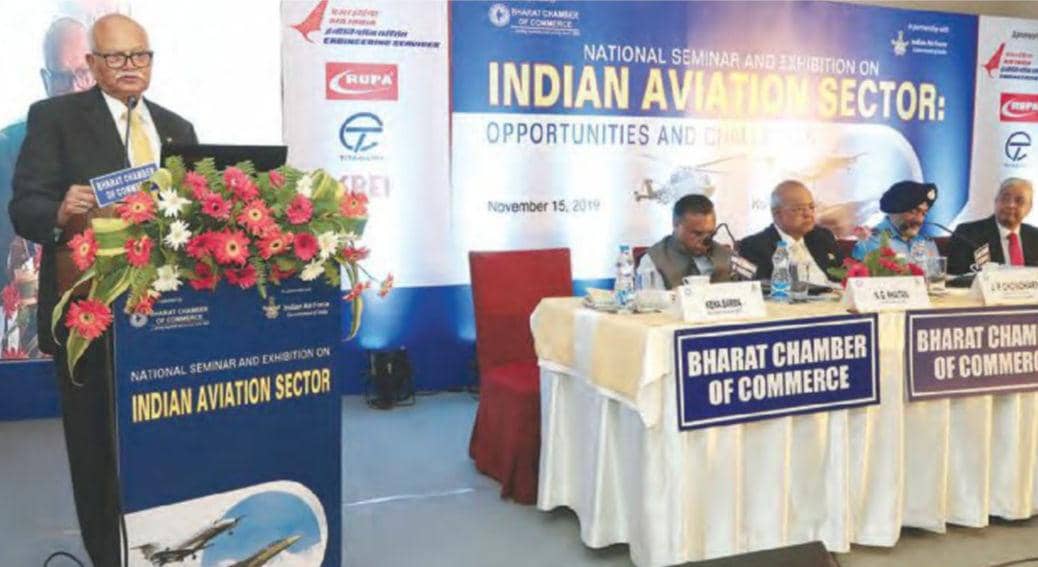 The Bharat Chamber of Commerce organised a national seminar and an exhibition on the ‘Indian Aviation Sector: Opportunities and Challenges’ at the Park Hotel, Kolkata. The prospects of private participation in maintenance, overhaul, and repair were discussed.

The aviation sector in India contributes $72 billion to GDP. Over the last four years, India’s aviation market has grown at a yearly average rate of 20%, which is among the fastest in the world. However, it is not free from problems including high costs and low yields. There have also been persistent technical issues plaguing two of the most popular passenger aircraft models flown by India’s airlines. These factors have plunged India’s aviation industry to its most precarious phase in the last five years or so. The government is planning to sell Air India along with Bharat Petroleum to meet its disinvestment target of ₹1 lakh crore for the current fiscal year.

Dr. H. P. Kanoria, Chief Mentor, Shristi Infrastructure Development Corporation, said during the seminar, “Due to their passion, entrepreneurs entered the aviation sector when the opportunity was given to them. Failure of a number of private sector players including Modiluft, Damania Airways, Air Sahara, East West Airlines, Jet Airways, and Kingfisher pose a question as to why they failed.”