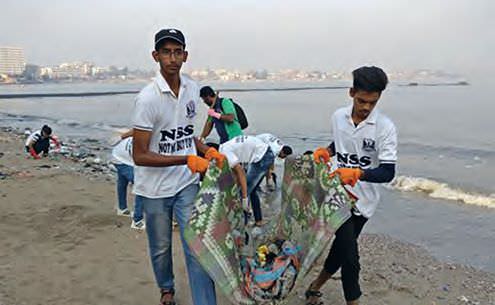 Pollution control measures in India were initiated in 1853 through the Shore Nuisance (Bombay and Kolaba) Act of 1853.


It was closely followed by the Oriental Gas Company Act of 1857. These Acts were aimed to control water and environmental pollution. After independence, Article 48 (A) of Part IV of the constitution read, “The State shall endeavour to protect and improve the environment and to safeguard the forests and wildlife of the country.” Article 51 A (g) imposed additional environment mandates on the Indian state.

Out of 180 countries in the Environmental Performance Index, India’s position is 177. According to a biennial report by Yale and Columbia Universities along with the World Economic Forum, India stands with the bottom five countries on the Environmental Performance Index (EPI) 2018 and has actually plummeted down 36 places, from its 141st position in 2016.

Several steps are being taken by the Indian government to control water pollution. National Ganga River Basin Authority Programme is one of them.