Animals and their society 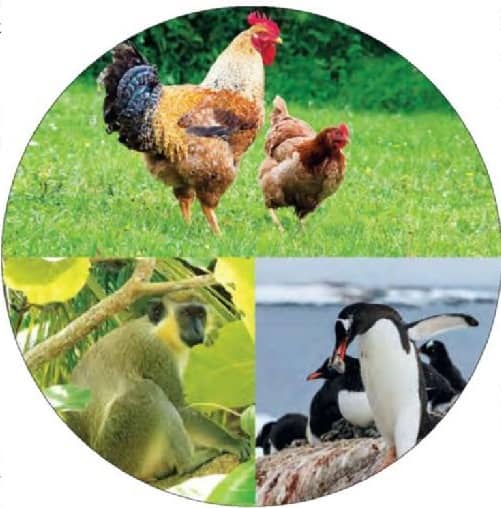 Are we the only ones who vote, drink, sleep around, eavesdrop on conversations?

Every animal does the same thing. So, why not see the world through a new lens and realise that all of us are the same. It will make it easier for you not to make them suffer or tolerate people and decisions that make them suffer. The latest decision by the new President of Brazil that the Amazon forests should be cut and housing/mining instituted there will destroy not just thousands of species of animals, insects and native people but bring the world much closer to the terrible end it deserves. One man can change the world for the worse. Why don’t you be the one person who changes it for the better – even if it is just in your own area.

Chickens value social status and each group has a very strict power hierarchy. When roosters mate with hens, according to a study done by Oxford University and printed in The American Naturalist, the hens selectively eject sperm, from their reproductive tracts, from roosters who are low in rank, making sure that they only bear chicks from superior ranking fathers rather than from low-status ones.

Both sexes mate with multiple partners. Hens sometimes don’t have a choice inmates. They prefer important roosters but roosters with lower status will force them — the hens are half their size — to mate. Rather than fighting off undesirable mates, hens have developed a more subtle way to reject them.

Alcohol/ethanol consumption occurs in every human society that has access to fermentable raw materials. Chimpanzees drink alcohol too. The Royal Science Open Society scientists discovered that the chimps in Guinea frequently drink fermented palm sap, a naturally-occurring alcohol, that human locals are also partial to. The chimps also use utensils to gather and drink this liquor, namely, crushed leaves they used as “sponges” to sop it up and move it to their mouths—often in such copious quantities that some of them actually get drunk.