Types Of AI And Their Impact On Banks 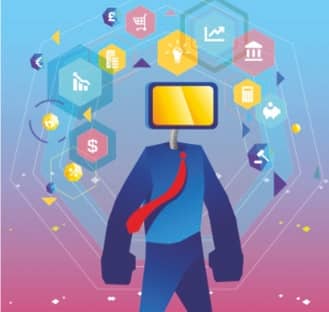 What is Artificial Intelligence?

AI is the theory and development of computer systems able to perform tasks normally requiring human intelligence, such as visual perception, speech recognition, decision making, and translation between languages. In computer science, artificial intelligence sometimes called machine intelligence, is demonstrated by machines, in contrast to the natural intelligence displayed by the humans and other animals.

AI can be classified in any number of ways, there are two types of main classifications.

1. Weak AI or Narrow: It is focused on one narrow task, the phenomenon that machines which are not too intelligent to do their own work can be built in such a way that they seem smart. An example will be a 'poker' game where a machine beats human where in which all rules and moves are fed into the machines here each possible scenario need to be entered beforehand manually.

2. Strong AI: The machine that can actually think and perform tasks on its host like a human being. There are no proper examples for this but some industry leaders are very keen on getting close to build a strong AI which has resulted in rapid progress.

Type 2 (Based on Functionalities)

1. Reactive Machines: This is one of the basic forms of AI. It does not have the past memory and cannot use past information to the information for the future actions. Example: IBM chess program that beat Garry Kasparov in the 1990s.

2. Limited Memory: AI systems can be used past experience to inform future decisions. Some of the decision-making functions in self-driving cars have been designed in this way. Observations used to inform actions happening in the not so distant future, such a car that has changed lines. These observations are not stored permanently.

3. Theory of Mind: This type of AI should be able to understand people's emotions, belief, thoughts, expectations, and be able to interact socially. Even though a lot of improvements are there in this field this kind of AI is not yet implemented.

4. Self-Awareness: An AI that has its own conscious, super-intelligent, self-awareness and sentient (In simple words a complete human being). Ofcourse, this kind of bot also does not exist and if achieved it will be one of the milestones in the field of AI

Machine Learning (ML): It is a method where the target (goal) is defined and the steps to reach that target is learned by the machine itself by training (gaining experience). For example to identify a simple object such as an apple or orange. The target is achieved not by explicitly specifying the details about it and coding it but it is just as we teach a child by showing multiple different pictures of it and therefore allowing the machine to define the steps to identify it like an apple or an orange.

Vision: It can be said as a field which enables the machines to see. Machine vision captures and analyses visual information using a camera, analogue-to-digital conversion, and digital signal processing. It can be compared to human eyesight but it is not bound by the human limitation which can enable it to see through walls (now that would be interesting if we can have implants that can make us see through the wall). It is usually achieved through machine learning to get the best possible results so we could say that these two fields are interlinked.

Robotics: It is a field of engineering focused on the design and manufacturing of robots. Robots are often used to perform tasks that are difficult for humans to perform or perform consistently. Examples include car assembly lines, in hospitals, office cleaner, serving foods, and preparing foods in hotels, patrolling farm areas and even as police officers. Recently machine learning has been used to achieve certain good results in building robots that interact socially. 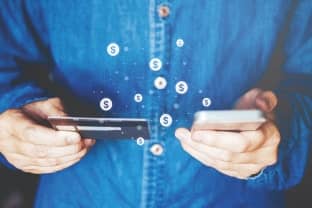