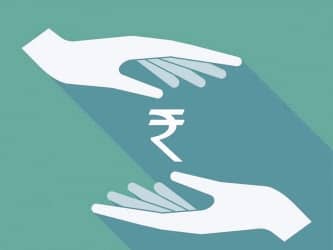 The amended Reserve Bank of India Act, 2016 has mandated the RBI to conduct monetary policy for achieving price stability as its primary objective while being mindful of growth. This mandated objective is difficult to achieve unless supported by a robust transmission mechanism (Acharya, 2017).
B P Sharma

If lending rates of banks do not rise in response to rise in the policy repo rate by the MPC, consumption, and investment by households and firms will continue to rise and credit demand of firms and households will continue to grow. As a result, the corresponding aggregate demand conditions in the economy would not allow inflation to drop. Conversely, in an easing cycle of monetary policy, if lower policy repo rate is not followed by reduction in bank lending rates, consumption and investment demand will not pick up to help bring the growth back to the steady-state.

For more than 20 years after the RBI deregulated banks' lending rates, the absence of smooth transmission has remained a matter of concern. The first regime of Prime Lending Rate (PLR) was introduced in 1994. However, both the PLR and the spread were seen to vary widely across banks and bank-groups. Moreover, PLR continued to be rigid and inflexible in relation to the overall direction of interest rates in the economy.

With the aim of introducing transparency and ensuring appropriate pricing of loans, the PLR was converted into a reference benchmark rate and banks were advised in 2003 to introduce the Benchmark Prime Lending Rate (BPLR) system. While lending below the BPLR was expected to be at the margin, in practice about 77 per cent of banks' loan portfolio in March 2007 was at sub-BPLR2. In essence, both PLR and BPLR did not produce adequate monetary transmission to the real economy. This defeated the very purpose for which these benchmarks were introduced.

In July 2010, the Reserve Bank replaced the BPLR system with the base rate system. The actual lending rate was the base rate (for which an indicative formula was also prescribed) along with the spread. However, the flexibility accorded to banks in the determination of cost of funds average, marginal or blended cost - which was a key component of base rate calculation - resulted in opacity in the base rate computed by banks. In particular, the average cost of funds did not move much with monetary policy changes due to the term nature of deposits. Moreover, banks often changed over time the spread over the base rate for some borrowers, even without any change in credit quality of borrowers, while leaving the base rate unchanged.

Given these deficiencies, the RBI introduced a new lending rate system for banks in the form of the marginal cost of funds based lending rate (MCLR) in April 2016. Unlike the BPLR and the base rate, the formula for computing the MCLR was prescribed. While some discretion remained with banks, the MCLR has continued to suffer from the same flaw in that transmission to the existing borrowers has remained muted as banks adjust, in many cases in an arbitrary manner, the MCLR and/or spread over MCLR, which has kept overall lending rates high in spite of the monetary policy being accommodative since January 2015. 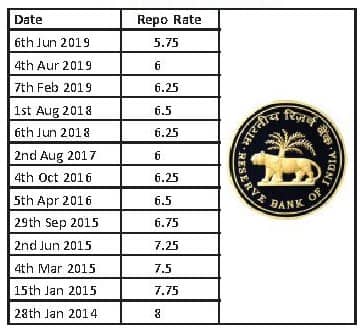 The system of using internal benchmarks such as the base rate and the marginal cost of funds based lending rate (MCLR) for pricing of loans in the banking system in India has not resulted in satisfactory monetary transmission so far. Hence, the Internal Study Group constituted by the Reserve Bank to review the working of the MCLR system in its report recommended switchover to one of the three external benchmarks, viz., the treasury bill rate, the CD rate, and the Reserve Bank's policy repo rate. 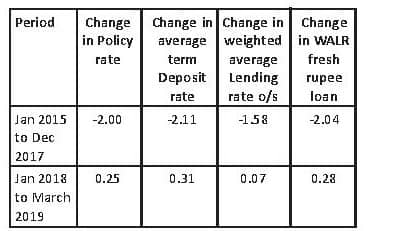 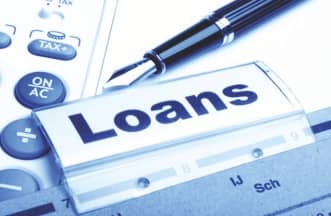 Recommendations of the Internal Study Group

Each of the above mentioned four benchmarks (PLR, BPLR, Base rate, and MCLR) can be considered as "internal" in that banks set it themselves or choose at their discretion many of the factors that get into the prescribed formulae. The task of the Study Group was to evaluate the MCLR system and suggest changes in the lending interest rate system for improving monetary transmission. The key recommendations of the Study Group are summed up below:

i. There is a need to move to one of the three external benchmarks, viz., the treasury bill rate, the certificate of deposit (CD) rate and the RBI's policy repo rate, which is outside the control of an individual bank, from April 1, 2018. The decision on the spread over the external benchmark should be left entirely to the commercial judgment of banks, with the spread remaining fixed all through the term of the loan, unless there is a contractually pre-defined credit event.

ii. The periodicity of resetting the interest rates by banks on all floating rate loans, retail as well as corporate, be reduced from once in a year to once in a quarter to expedite the pass-through from the monetary policy signals to actual lending rates.