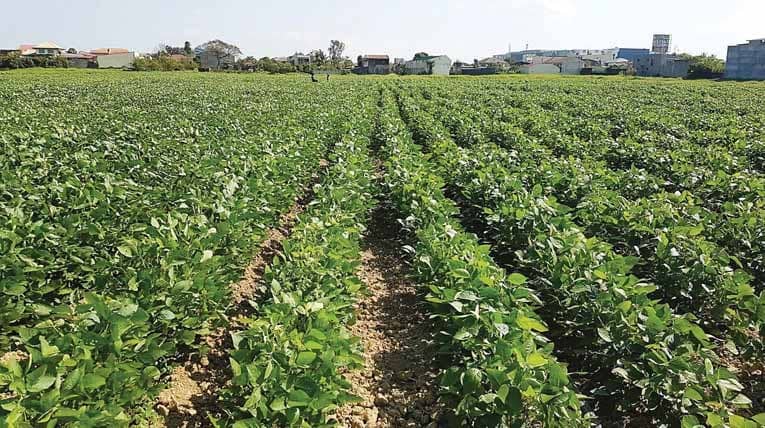 SOYBEANS, or soya beans, is a legume crop popularly used as a raw ingredient for food such as soy milk, tofu, meat substitutes, and the Filipino favorite: taho.

A cooperative known as Golden Beans and Grains Produce Cooperative (GBGPC) recognizes the potential of soybeans as a means to provide farmers with a source of income while also promoting a healthy lifestyle to the public.

“GBGPC envisions to increase production and processing of soybean through farmer capacity building and sustainable management of soil while creating livelihood opportunities for its members, and providing healthier food options to consumers,” said Leonilo S. dela Cruz, chairman of GBGPC.

Dela Cruz said that a common problem among farmers is the weather which greatly affects their crops, especially during extreme conditions such as droughts or storms.

To ensure that the farmers in Nueva Ecija have something growing on their lands which could be their source of income or for personal consumption, dela Cruz persuaded them to grow soybeans.

“Instead of leaving the farms idle during the dry season, we convinced several farmers of these idle and rain-fed lands to use it to produce heat-tolerant crops such as soya beans,” he said.

The cooperative was developed through dela Cruz’s initiative and dedication. It began when dela Cruz, a part-time radio announcer, attended a training on soybean production and processing conducted by the Department of Agriculture’s research arm, the Bureau of Agricultural Research (DA-BAR).