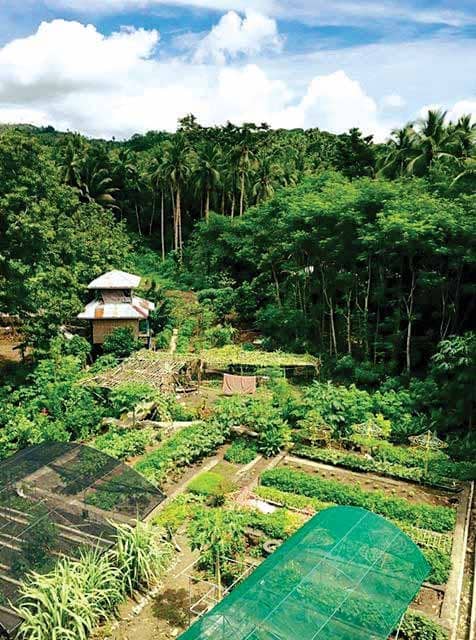 GOING INTO FARMING sometimes requires a leap of faith since there are various circumstances that could delay a farm’s success.

For Victor Neal Palarca, a businessman by profession, the challenge was adhering to natural farming principles in a town where residents consider their soil highly acidic and not suitable for farming.

Palarca, or Loloy as he is fondly called, envisioned a scenario wherein he would be healthy and resistant to illnesses. This is what prompted him to start farming, but not according to the traditional ways of using chemicals to rid crops of diseases and pests.

The seasoned businessman decided that going down the natural farming route would be the best way to observe the healthy lifestyle that he wanted to live.

“I remember the basics of gardening because in my elementary years, [it] has been a constant activity. I realized it was an integral part of my daily routine,” the organic practitioner said.

Eager as he was, Palarca decided to get involved with the Agricultural Training Institute through the Department of Agriculture’s Organic Agriculture (OA) Program. During his time as a trainee, he attended several workshops and training sessions to learn what he can about organic farming.

Other than attending seminars and training, Palarca also read online materials and research findings to enhance his knowledge on farming the natural way.

As soon as he was armed with the proper knowledge and principles, Palarca set off to practice what he learned right in his own backyard in Tagcatong, Carmen, Agusan del Norte.

In 2011, the Palarca Tourism Farm, a family-owned natural farm, was established and operational. It was originally set to be a demo farm on an experimental basis. However, Palaraca used all that he’s learned from the ATI and transformed the farm into an integrated and diversified farm that follows organic practices.

His first step in doing so was to deal with the soil problem that the locals have been complaining about.

According to his younger brother, Vic Thor Palarca, the businessman turned farmer used pulverized charcoal to neutralize the acidity of the soil. He added that his elder brother also used carbonized rice hulls and bokashi to improve soil conditions and amend mineral deficiency.

Palarca also put up a water pump in the middle of the farm to keep the plants hydrated.

Having addressed the circumstances that could keep him from growing crops, Palarca’s farm now produces a wide array of vegetables and root crops such as carrots, squash, tomato, eggplant, and more.

Dragon fruits and sugarcanes are also a favorite commodity on the farm. Presently, there are around 40 dragon fruit trees growing in the Palarca Tourism Farm.

Additionally, the diversified and integrated farm fully utilized its 500 square-meters since it also breeds native chickens, AngloNubian goats, and pigs.

Since he spent his time learning what he can about natural farming, Palarca made sure to put this knowledge to good use.