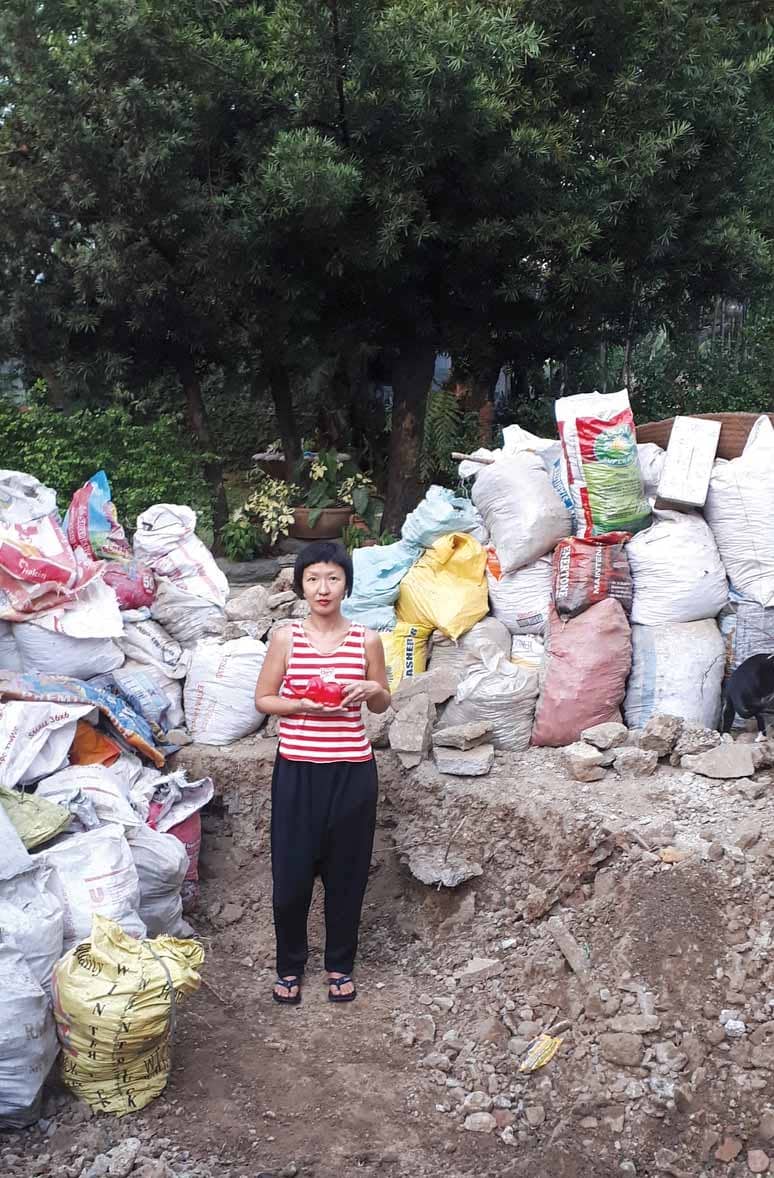 MORE AND MORE PEOPLE are falling in love with growing their own produce. This includes city dwellers whose day jobs have nothing to do with agriculture.

The family invested in their garden soil. “First we had the old house’ foundation removed (which caused our garden to flood during the rainy season). There were 2-3 truckloads of construction debris removed,” Sim shares.

Bru Sim, who runs the award-winning graphic design studio Electrolychee with her husband Marcus Nada, is an example.

Sim describes herself as an “artist and lazy gardener” whose interest in urban farming started when she, her husband, and their daughter moved into their own place in a tree-lined village between Cubao and San Juan. “I decided to make our backyard my experimental ‘farm,’” she says.

“Our garden is maybe 3x9 meters,” she says. “We halved the garden with a neighbor. It was just grass with border planters, but we enjoyed planting herbs and veggie seeds from grocery produce.”

Her first success was being able to grow a basil plant from a cutting taken from a Vietnamese restaurant. “The original cutting came from a pho side dish, and its grandchildren are still producing food for us eight years later,” she says.

The couple also acquired a small property in Rizal a couple of years ago that they are developing into an agroforestry farm. “To learn more, I joined the Philippine Native Tree Enthusiasts (PNTE) group and attended seminars PNTE and our forester recommended, such as the free ones at the Agricultural Training Institute (ATI). (I) also invested a lot of hours on Youtube,” Sim shares.

CHOOSING TO PLANT HERBS AND VEGETABLES