Media Plan Of The Year 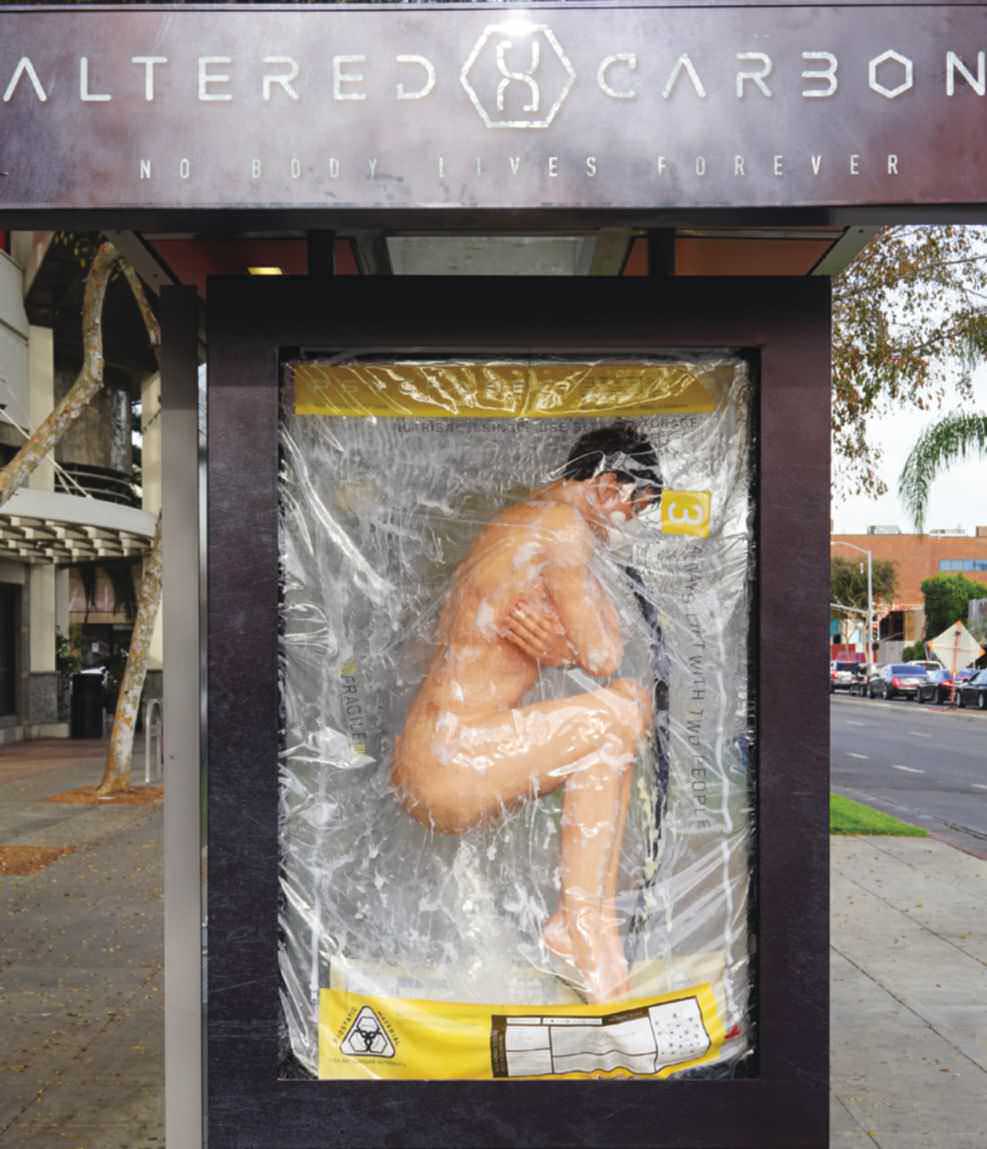 From a shocking billboard activation to a movie trailer that morphs into a tourism ad, these honorees brought both creativity and insights to the most innovative media plans of 2018.

It's not every day that one comes across a human body encased in plastic at a public bus stop—even in an eclectic town like West Hollywood.

The dystopian Netflix series Altered Carbon operates on a simple premise: 300-plus years in the future, people can download the entirety of their experiences into new bodies, extending their lives indefinitely. Armed with that backstory and several interactive sculptures so meticulously lifelike that they appeared to be breathing, Mediahub, a division of MullenLowe, went about setting up a public “marketplace” for these bodies.