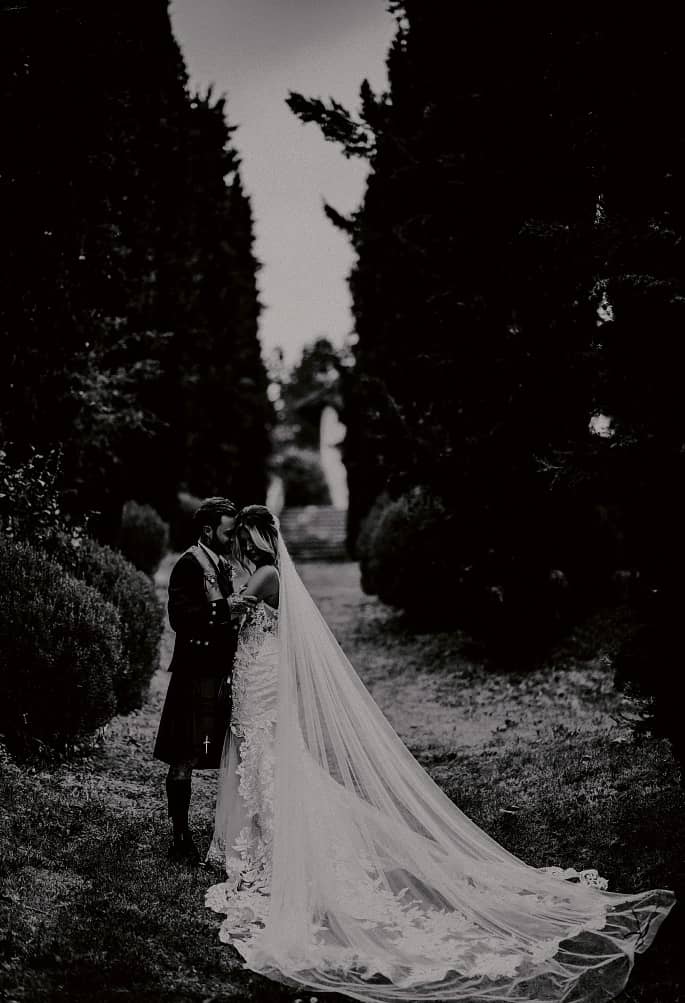 Jamie and Jack’s story began in the muddy fields of music festival T in the Park, where a 15-year-old Jamie fell head over heels. “I was obsessed with him!” she laughs. 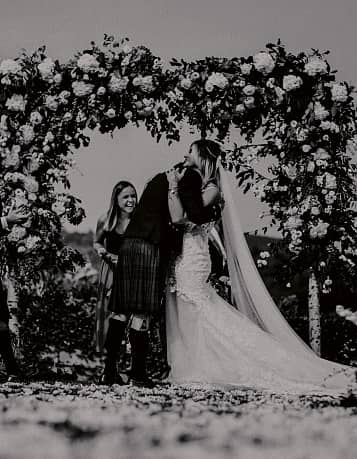 “I fell in love with him a few years later. We’ve been together ever since.” Seven-and-a-half years later, Jack proposed to Jamie in a Los Angeles hotel room during the couple’s travels. “He asked me to pose for a photo on the balcony,” recalls Jamie. “When I turned around, he was down on one knee with the ring in his hand.” 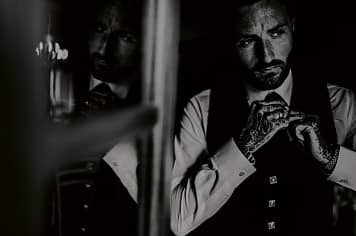 Hearts set on a destination ceremony in Tuscany, the first wedding task was to locate the perfect venue. “We went with a place in the Tuscan countryside, Borgo Corsignano, where all of our guests could stay with us,” says Jamie. “Because we were legally allowed to get married there, we didn’t have to leave for the entire four-day stay.” 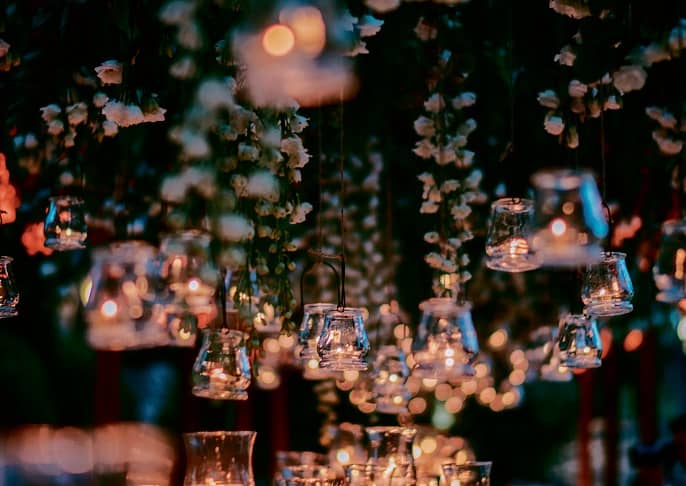