A Touch Of Elegance 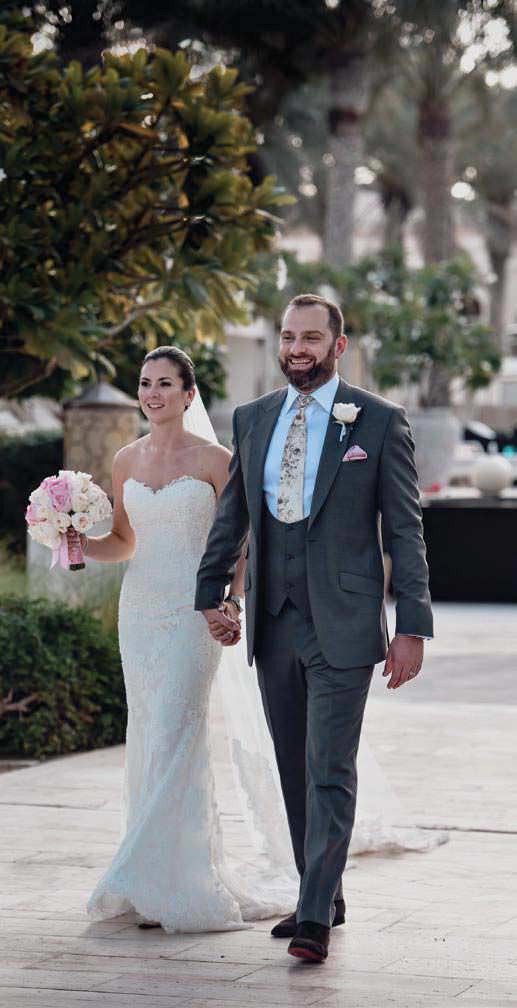 A Touch Of Elegance

Gemma and Zak first met back in 2010 when they both attended a brunch in Dubai organised by some mutual friends. They met again briefly later that same year, at a wedding in the UK, but had no further contact until 2014. “As fate would have it, we actually met at the very same brunch as the first meeting in 2010,” Gemma says. “Our shared love of food, travels and adventures, meant that we were soon inseparable and Zak told me he loved me on our first holiday together, at the St. Regis in Bali.”

Zak proposed two years later, in November 2016. “Zak knows I hate fuss and would hate a big public proposal, so he knew that something thoughtful and private would be better, so he cooked me breakfast and proposed at my apartment. Before he presented the ring, he gave me two canvasses, which are memorable pictures from our various travels. The pictures are actually collages, with the main images being made up of over 250 smaller, individual images. It was so thoughtful. Once I had said ‘yes’, he told me we were checking into the Waldorf Astoria for the weekend to continue the celebrations.

Zak sourced the diamond for Gemma’s engagement ring from London, designed the setting himself and then had the ring made in Dubai. 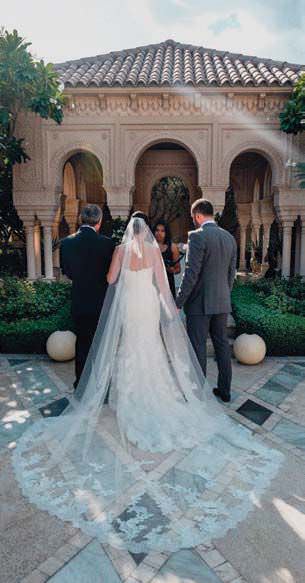 VENUE: From the outset, Gemma and Zak both knew they wanted to have a venue that was high-end, but also had a ‘boutique’ feel. “Dubai is blessed with plenty of the former, but not many of the latter, so the shortlist was just that, quite short,” Gemma says. “Even before we had seen it, we knew the One&Only on The Palm would probably be one of the leading contenders. We viewed at least 12 other venues, but as soon as we saw the One&Only, we knew that it was the place we wanted to get married. The events manager, Stephanie Kerbaj, was so helpful and supportive from the outset and took such an interest in our event.”

The couple were able to spread their wedding out across the property, using three different areas within the One&Only. 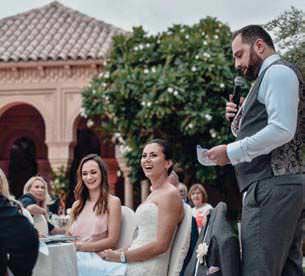