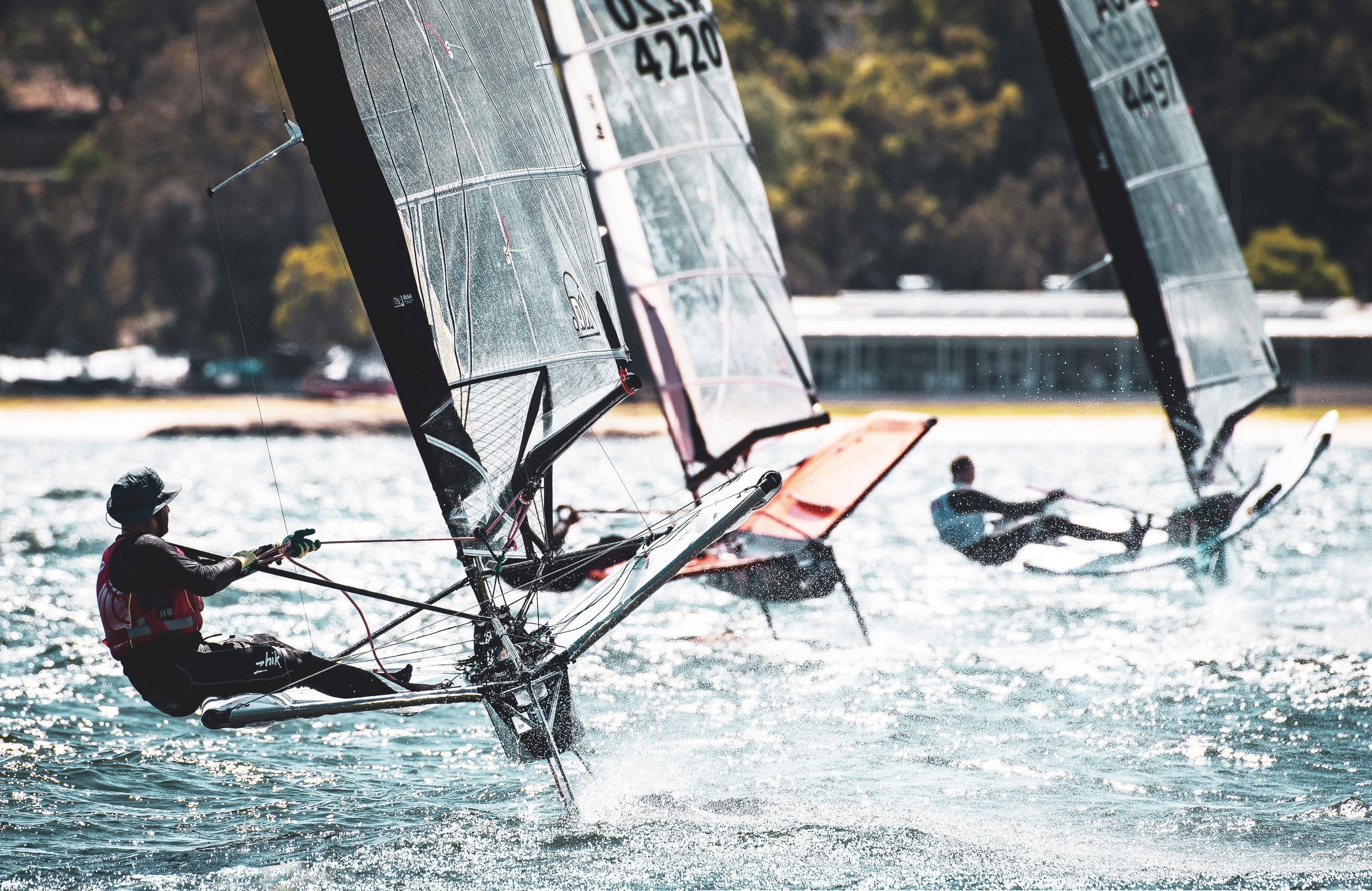 The Moth Worlds always attracts the very best sailors. This year among them was Tom Slingsby, who’d never won the event before. ROB KOTHE tells the story

The 2019 Moth Worlds in Perth finished on 18 December. They were dominated by one of the most talented sailors around, Australian Tom Slingsby – Laser Olympic gold medallist, America’s Cup winning tactician and SailGP winning skipper.

But the Moth worlds, which has been won by some of the greatest sailors alive, had until this point eluded Slingo. No surprise, then, as we caught up with him before the event, to hear he was taking things seriously: “I like to think of the Moth Worlds as a kind of mini America’s Cup campaign.

“You choose your boat design, then you can have different types of foils, sails, masts and rigs, and you blend your mix and try and get the best package on the water and go racing.

“There are a lot of very competitive boats now. First, it was the Mach 2, then it switched to the Exocet, but now it’s quite open. I went with an Exocet hull and foils; North Sails – I’ve done a lot of work developing their sails, and I am delighted with them; and CST rigs. And I hope my package will be as quick as the other guys.

“The Bieker boat, designed by Paul Bieker and Scott Babbage, was moving very quickly in training. So, too, was Kyle Langford, Slingsby’s countryman and fellow SailGP teammate, also sailing a Bieker. Slingsby said: “He is very fast in a straight line, but he has to improve his boat handling.”

Slingsby wasn’t shy about assessing the other contenders. Australian Tom Burton, who was Rio Olympic Laser gold medallist and is 2019 Laser World Champion, had just missed out on Tokyo Australian sailing team selection, and instead was focussing on the Moth Worlds, “having a charge for the pointy end”. 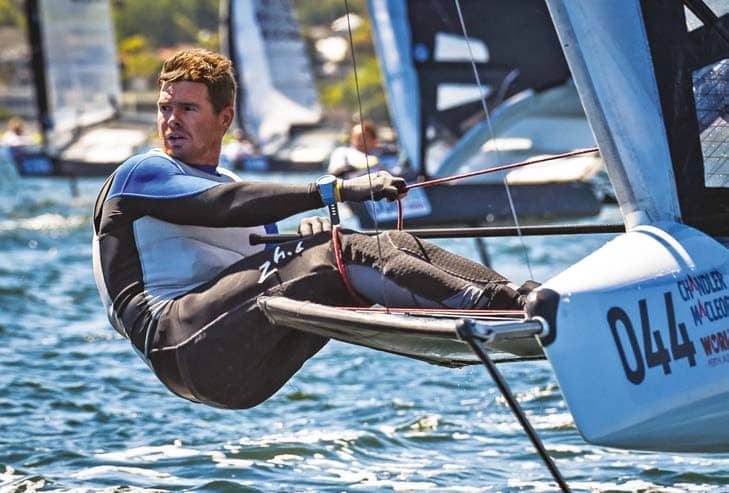 Burton has a six-year-old Mach 2.0 hull and Slingsby admitted “he has some speed, too, because he has the latest-designed foils and spars and sails. ‘TB’ has better boat handling, but I have a little bit on him upwind, so it’s very close.”

Slingsby also mentioned Francesco Bruni, a member of the Italian Luna Ross America’s Cup team who won against a fleet of 90 Moths at Foiling Week on Lake Garda earlier in the year. He was also second in the last worlds in a Manta boat. Volvo Ocean Race winner Rob Greenhalgh was also in Perth, in an Exocet and Slingsby nodded to him as well: “All these guys are possible.”

For his part, Burton said: “In the 2017 worlds on Lake Garda, I was 13th out of a record 240, with limited preparation. I have an old Mach 2 hull, but much of the best gear – CST spars, Swift foils, excellent sails. The speed of development with the Moths has been very fast, and I won’t have the new Mach 2.5 curved wing bar upgrade, which gives more height, on my limited budget. Other things – foils, deck sweeping sails, spars – have come first.

“I think Slingo is the fastest Moth sailor in Australia, just ahead of Scott Babbage.”