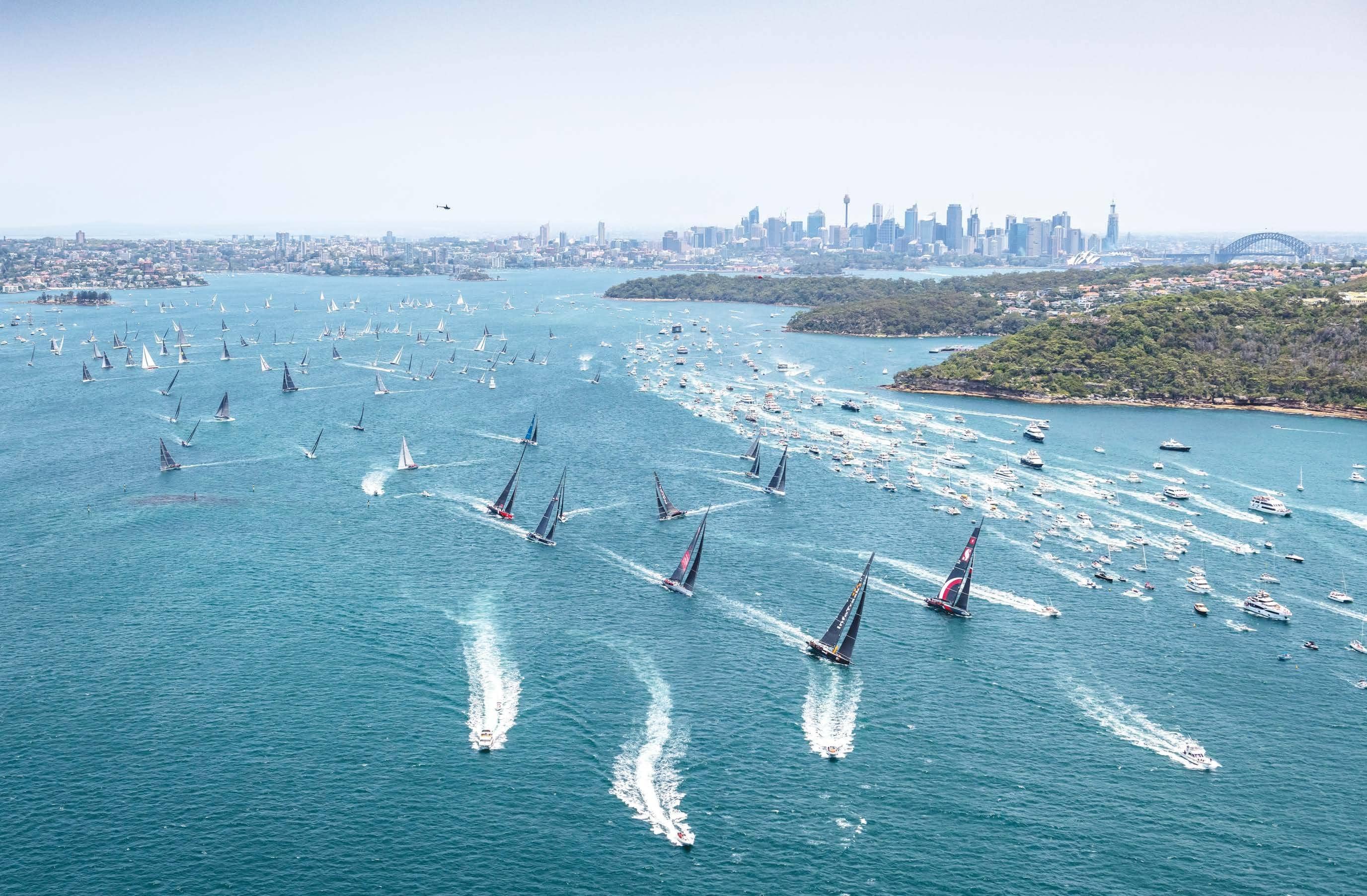 The big guns took the headlines in the 2019 Rolex Sydney Hobart Yacht Race, but behind them an epic race was brewing that heralded a new fleet on the horizon, says ROB KOTHE

In 1964, when Bob Dylan wrote the words for his third studio album’s title song The Times They Are A-Changin’, he was thinking of the social and political upheaval of the time. But the same song came to mind at the start of the 75th Rolex Sydney Hobart on Boxing Day 2019.

The world is a very different place to when Captain John Illingworth of the British Navy led the first Sydney Hobart fleet on Boxing Day 1945. Back in the day, sailors gathering at Sydney’s Cruising Yacht Club, ahead of the 628nm race south, debated whether they would face one or three ‘southerly busters’. Historically, it has been an upwind race with winds of 30 to 50 knots in those frontal systems.

Now, with burning Australia making headlines around the world, we truly know the world has changed, and so has this iconic bluewater classic. Rather than having even one cold front, this 75th race had two weak ‘troughs’ – transition periods of little or no wind – one before the fleet leaders headed into the Bass Strait and another as the fleet handicap favourites approached Tasman Light. In both those transitions, it was just a few hours before the winds went northerly again – another downwind race.

Although 157 boats started, once again the TV audience of millions worldwide saw the images of the only race they ever know, the line honours competition between five 100-footers. 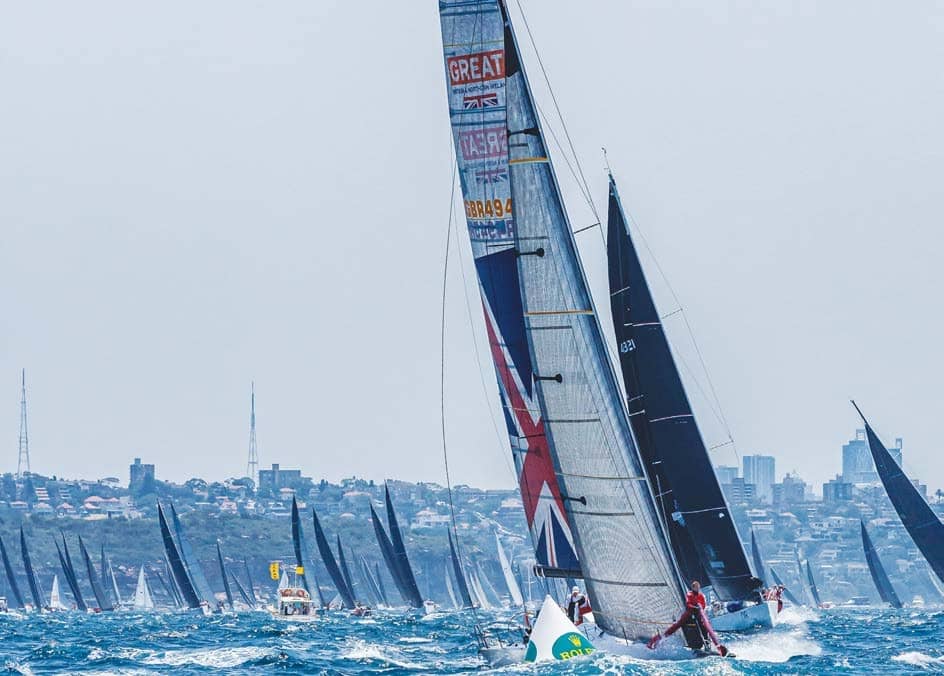 So, to 26 December 2019, Sydney Harbour. The bushfire smoke has temporarily cleared with a 12kt northeasterly sea breeze. From the 1pm gun, Christian Beck’s InfoTrack (the Juan-K 100-footer) won the start.

She led the fleet around the seaward mark by almost two minutes, the third time she had won the race out of the Heads, having taken boasting rights in 2015 and 2016 as Investec Loyal.

Then, in close company, came Wild Oats XI, SHK Scallywag and Black Jack, respectively. Comanche, the 2017 Rolex Sydney Hobart line honours winner and race record holder, was fifth out of the Heads. She had deliberately started on the second row to keep out of trouble. Once the fleet had turned south, eased sheets and set the asymmetrics, it was another story, though. The last the Sydney TV helicopters saw, Comanche was leading, furthest out to sea ahead from InfoTrack, SHK Scallywag, Black Jack and then Wild Oats XI. Then came the first real challenge. Before the race, the various weather models were in broad agreement that a trough would come in on 27 January, when the leaders were on the New South Wales coast, but the models did not align on fine details.

What the leaders discovered was not a single trough line, but something more complicated, with a series of clouds embedded in it. With the southeasterly pushing up inshore and the northeaster pushing down further offshore, there were small but heart-breaking parking spots.

Comanche was first to park, but behind her, Wild Oats XI had a horrible first night. Rather than choosing a place to cross the trough and doing it once, she had multiple attempts, sailing along the trough line before finally taking her medicine. As a result, she ended up almost 35 miles behind Comanche when the leaders eventually floated away. 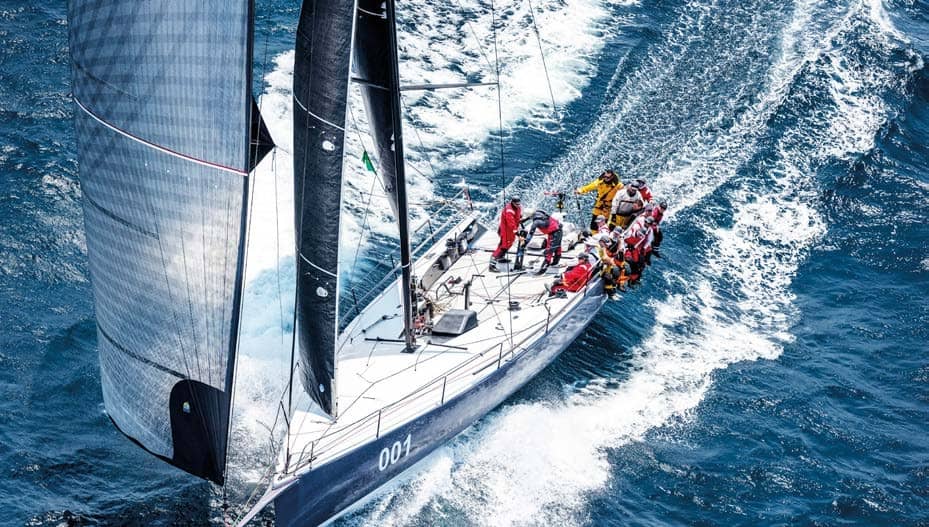