BANG UP TO DATE 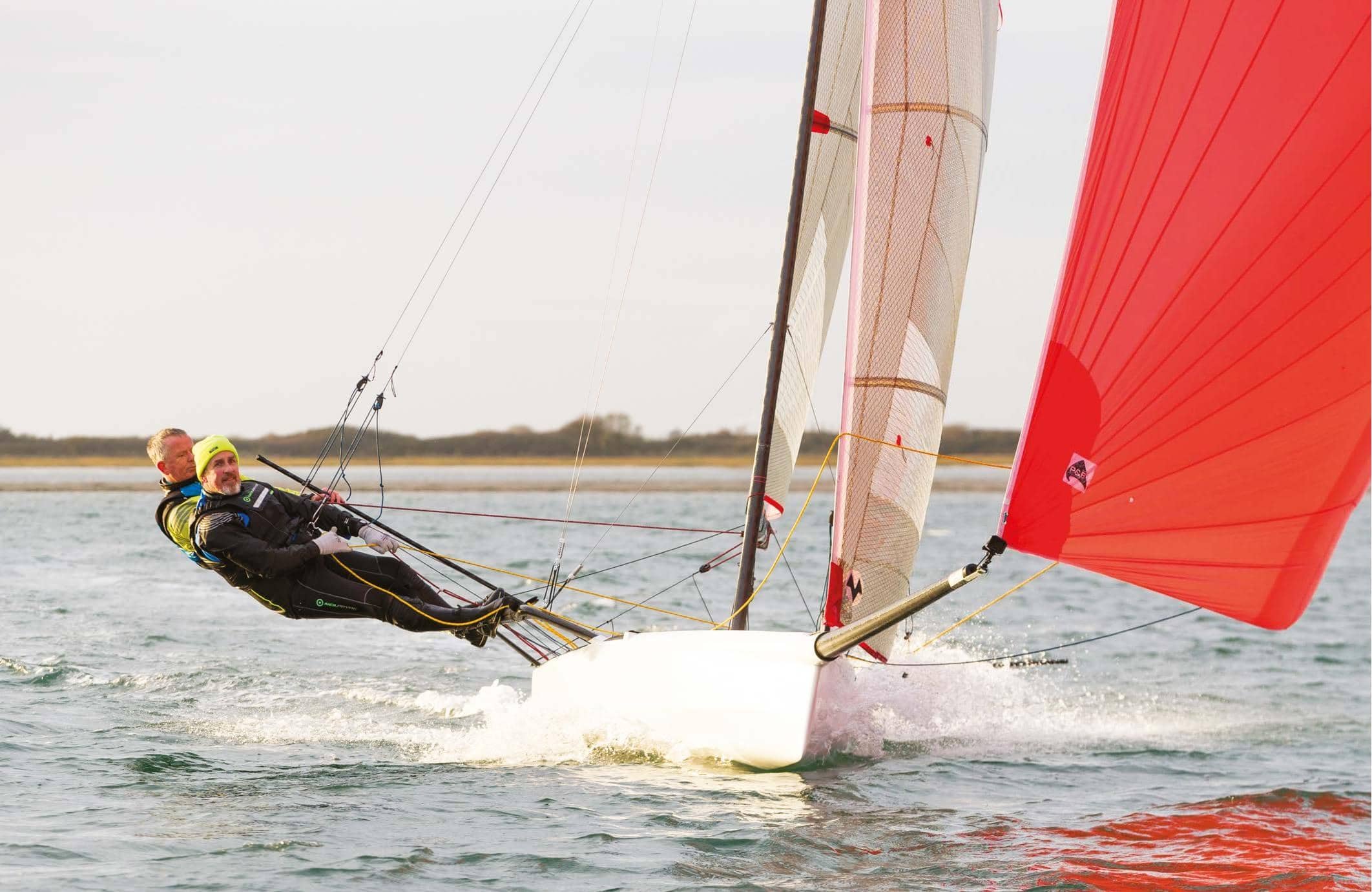 The International 14 has enjoyed several very dierent moments in the limelight over the past century. With a new version built by Ovington, it may be about to have another, says ANDY RICE

Just as smartphones and sat nav make us stupid, so we lose something of ourselves when we sail in one designs. There, I’ve insulted you and most of the readership of Yachts and Yachting! To make the point a little more seriously, when racing a one design, by its very definition you’re forced to fit the mould, to weigh the right weight, and to live with the equipment as supplied. The nice thing about one designs, of course, is that you buy the boat and it doesn’t go out of date. On the other hand, if you don’t like something, you can’t change it.

Development classes like the International 14 are a different kettle of fish. You get to make technical choices in a bid to try to make the boat go a bit faster. Sometimes you might even happen across the ‘silver bullet’, a quantum leap in performance that makes the boat significantly quicker. That’s a feeling you’re never going to experience sailing a Laser. Of course the upside of development is also its downside; as things move on, you might find that the new mast or sail that you bought is soon superseded. Or worse, if you break something at a championship, somebody else’s spare sail, rig or foil might not fit your boat. For many, particularly those for whom cash is tight, that can make a development class off-putting.

It has been a long time since the International 14 attracted fleets in excess of 100 boats for its big championships. I was fortunate to race in those heady days back in the early 1990s, crewing for Will Henderson and Chris Sidey. I was already competing in what were considered quite racy boats for their time – the Fireball and the 470 – but the 14 in its new form quickly made those single-trapeze boats seem very middle of the road. Just as it has done many times over the course of its illustrious history, the International 14 found itself at the spearhead of exciting new developments for the time, with sailors such as myself eager to experience the unparalleled thrills of twin trapezes and asymmetric gennakers. 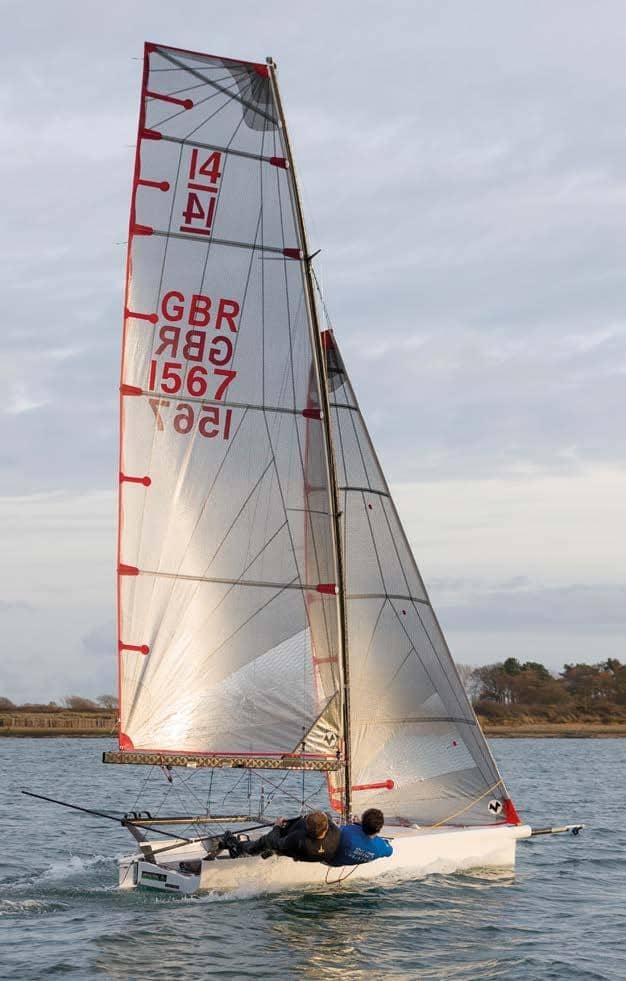 However, the other important ingredient to the 14’s success was the Howlett 1B – a design built by Ovington Boats back when the late Dave Ovington himself was racing the 14, including winning the coveted Prince of Wales Trophy with Anne Ainsworth in 1987.

For people who wanted all the excitement of the 14 without the development hassle, the Howlett 1B provided the easy answer, as well as propelling a number of sailors to victory at world championships, including Martin Jones/ Duncan McDonald in a shared win with Jon Turner/ Zeb Elliott (boatbuilder Turner racing his own Morrison design) in 1991, and then Ian Walker/ Chris Fox in 1993.

Since then, a number of new one-design skiffs have come along and stolen some of the 14’s twin-trapeze, asymmetric thunder, like the meteoric success of the Laser 5000, followed by the 49er and the RS800 (and many others that have long since disappeared). Numbers in the 14 inevitably dwindled, but there is a hardcore that will forever remain faithful to the 14. Among them are two veterans of the fleet, Martin Jones and Andy Fitzgerald (aka Fitz), who are still actively racing the boat some 40 years after they first set foot in a wooden, single-trapeze, conventionally spinnakered version of the 14.